Youth Mentoring on the Front Line

For the last 20 years, part of my service has included working with disadvantaged teenagers. There are millions of them in this country. I guess we are all a product of the environment in which we were raised and since society is pretty insane and dysfunctional then so are our youth to varying degrees.

Yesterday I felt like I was running on empty. I know people deal with much heavier stuff than me and my heart goes out to them. But yesterday my one to ones with my youth clients just finished me off and I had to run to the hills. I lay on the earth and let Her hold me and I fell asleep for a while. After that, I started to feel a bit lighter but it was a tough day.

I sat in the cafe with my first young client while he told me about how his mum was so mean to his girlfriend because she was jealous and that his mom wanted him to stay as a little boy because she didn’t want him to grow up and leave home. I have worked for 9 months with Steve and as is often the case it was the parents that really needed working with!

Next, I saw Bob, he was an hour late for our meeting but I busied myself for an hour in the cafe doing loads of pointless paperwork that somebody might glance at and check to decide whether they release the funds to ensure the organisation gets to continue trying to help the kids. Bob told me about how he had been kicked out of his home twice by his father since I had last seen him. Not the most conducive conditions to raising self-esteem etc. Steve smokes loads of weed. It helps numb him out and stops him feeling the lack of love from his father.

Then I saw Wayne. He was in the library trying to get an emergency payment to get some electric on in his flat. He lost his wallet on a drunk night out, Wayne is an expert at making life difficult for himself. He is diabetic. His mother took an injunction out so that he can’t go near her. His father beat him up last time he saw him. He talks about suicide a lot. The electric company said he can’t have any electricity on credit and Wayne’s phone rings at that moment. Then a guy from the library comes over and tells Wayne to put his phone on silent. Wayne loses it, pushes a chair over and storms out of the library. I apologise to the librarian and explain that he is having a BAD day and set off running after Wayne. I catch him up down the road and he tells me he needs some time alone. I say I can’t help if you won’t let me but he is adamant. I have to let him walk away and I make my way back to my car with my tail between my legs. I’ll be in touch with him later when he has calmed down, That was when I knew I needed to run to the hills.

Later on at home, I get this message request through FaceBook. This young lady bothered to find me and write this. I know a bit about her from Joe. She has had a terrible start to life:

‘Heya this is Joe’s misses I just want to thank you for everything you have done for Joe you helped us get back together and I am grateful for it and Joe told me it’s your last session so I just wanted to thank you so much for everything you have done you are a truly wonderful person and he told me u have had a massive impact on his life and he is a better person good luck with the next child and carry on having a great life remember live laugh and love always smile and always be happy it’s something we will keep up so thank you. I hope what I wrote made sense lol’

Messages like this tend to cancel out all the shitty stuff…

Society grows great when old men plant trees in whose shade they know they shall not sit.

Our youth are tender saplings! 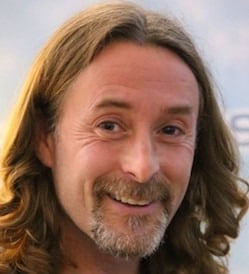 Miguel Deanhttps://www.migueldean.net/
Miguel Dean is the author of ‘Bring Him Home: A Twin Flame Love Story’ which is his true story of a twin flame love affair with an extraordinary woman. Miguel was born in Colchester, England and his life’s mission in service and love of the Divine Feminine was catalysed at seven months old when he lost his mother to cancer. As a result of other challenges in his early life, as a young man, Miguel spiraled down into a shadowy world of violence, petty crime, addiction, and homelessness. It was the love of his newborn son that inspired him to begin to face his demons and take responsibility. For the last twenty-two years as an author, speaker, and catalyst, he has been immersed in the ‘twin paths’ of healing and transformation which can be summarized as an inner journey to heal his own wounds, facilitated and complemented by his service to others and passion for spiritually rooted social change.

Love Is A Way Of Life