Your Success – What About The Cost-Benefit Analysis?

Thousands of times every day all of us use a simple cost-benefit analysis, mostly subconsciously, to decide our actions and responses. Each course of action we take, from the time we wake up until the time we sleep, is about balancing the cost in terms of our time and effort against the benefits we will receive. It drives our all of our behaviour.

This shows how leaders and organisations can provide benefits that can encourage maximum effort from people than might not be monetary.

Our brains are hard-wired so we don’t expend energy without some benefit, it’s a basic survival mechanism. So we won’t want to do things where the perceived costs exceed the perceived benefit and if, by mistake we do, won’t do them again. We might tolerate a small negative or an equal balance for a while on the basis of a greater future benefit but the benefit needs to come soon. This benefit may not be monetary and could be purely about feeling good, for example doing unpaid charity work, but the cost-benefit analysis still occurs. In work when we are asked to do things by our leaders to deliver what our organisations need, we do the calculation and deliver the effort we think is appropriate for the perceived benefit we receive. Thus there is a direct relationship between the effort we give and perceived benefit. Again this is not just about money, Maslow’s hierarchy of needs indicates that there are potentially different areas of perceived benefit, eg receiving praise, esteem of colleagues and self – development. This shows how leaders and organisations can provide benefits that can encourage maximum effort from people than might not be monetary.

We must never forget that much of this decision is subconsciously driven more than consciously, based on about 250,000 years of human evolution. So trying to get people to do things well where they don’t see a positive cost-benefit analysis is unlikely to work. They might do the minimum to comply but won’t give their best. If it comes to getting your amazing plan perfectly implemented versus evolution I’m sorry evolution is going to win.

This basic principle is what makes us give our best to our boss, or not, and why organisations flourish or perish. Customers clearly use the same process when deciding whether to engage with the organisation, or not, and on what terms.

Getting this “human” cost-benefit analysis right is key to organisational success and doing so is much easier than you think. As everyone is a human being we all have insights into how our behaviour and responses are likely to be similar to others but often we don’t use this knowledge as much as we should at work.

It is simply about you becoming the leader everyone will give their best for.

Taking action to change this “human” cost-benefit calculation so it demonstrates a positive return on the investment for their effort by employees will make them optimise effort not just comply. If people see a potential increased benefit in their analysis compared to previously this allows them to justify increased effort so changing the outcome is possible if leaders take action to increase benefit in some way. That then increases the overall organisational ROI and is an obvious route to success for both individual leaders and organisations. However, how to get the best from people has been often been seen as an almost mystical secret seemingly defying analysis. For over 30 years as a leader in military, business, and government I have been working to cut through the fog and identify how to get the best from people, not just compliance. It is simply about you becoming the leader everyone will give their best for. Further, if you know how, this can be achieved very quickly, simply and easily and the benefits can be significant.

How significant? – 30% more effort from 60% of people equating to potentially 10% on the bottom line for no cost via higher performance, better customer service, more innovation, more dynamic change and agility, better cost and risk management, every employee being a proactive brand ambassador.

How simply? – There are about 15 specific day to day actions which, in some combination, would deliver that 30%, or more, additional effort from people if their leaders did them better. But many of them will, individually, potentially increase effort by over 20% so its possible to focus on just 2 or 3 initially and move onto others when those are successful. I know what these actions are because over the last 10 years I have asked every group of leaders I have worked with, so now well over 5000 leaders, what the boss they gave their best for did that made them give their best.

The revelation that surprised me as it became clearer was that the list is totally consistent. This is irrespective of culture, sector, location, age, or level in organisation – Investment bankers and lawyers in London, retail CEOs in New York, logistics leaders in Vienna, IT directors in India, the Red Cross leaders in Myanmar and the leaders of the Chinese Space Programme in Beijing. Same list.

How easily? – Most of these actions leaders do already but they don’t realise the power of them. Doing more of them to change employees cost-benefit calculation takes virtually no time and costs the organisation nothing.

How quickly? Leaders can quickly understand how their own experience can be fine-tuned to start to get super performance by being the leader people give their best to in just 1 hour of insight development. This can help them plan one or two actions that could get over 20% more effort. With just 2 hours most leaders not only do that but they also have two or three more actions that will deliver more effort and can find on average over 0.5 working days a week more time than they thought they had. It really works that fast⤵︎

Does it really work? I have worked with a number of organisations taking this through from insight development for an hour, initially for the executive team or annual conference, to implementation at all levels. The results have been better than anyone expected. For example, a house construction company who had only 40% of staff who would recommend the company as a great place to work to friends or family increased that to over 80% in just 2 years with significant improvements in Key Performance Indicators. This is an almost unheard of increase in 2 years.

The lesson I have learnt is that every individual has, within them, significantly more potential and effort than even they know and that much of this is controlled by their subconscious cost-benefit analysis. If leaders and organisations don’t offer the right level of “benefit” the individuals won’t see any cost benefit in giving more effort, it’s that simple. You may get compliance but you won’t get the best and that fundamentally restricts the teams and organisations ability to succeed. As such investors are starting to pay more and more attention to how good organisations and their leaders are in this area.

But with minimal time and quick, easy and simple steps the perceived benefits can be increased by leaders so that the employee’s positive subconscious cost-benefit analysis then automatically encourages them to deliver more effort – give their best. That’s the amazing potential we can start to unleash in just an hour but which few leaders and organisation know about or realise is possible. It’s just about becoming the leader everyone wants to give their best for. 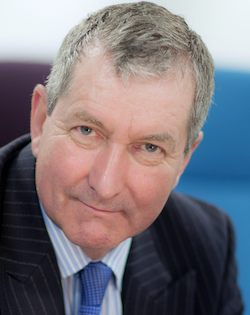 Leadership Lessons from a Global Journey