Elevate Your Creativity in Business & Life

Being feminine scared me.

I equated it with the housewives I saw on TV, with the women I saw in the stacks of Playboy and Penthouse magazines in our basement. Those women, depicted with pencil-thin bodies, gave my young self the indelible impression that to be accepted as a woman meant to look and act a certain way.

To be chosen after waiting for acceptance or approval meant you were doing something right. This became part of my persona. Not in the sense of right or wrong, but being chosen meant that something about me was right.

But being feminine didn’t feel safe.

The women who preceded me experienced trauma just as I had. Our bodies violated in ways no person should experience. With no one to protect us because the stigma of shame overrode the ability to speak up.

It felt safer to climb trees rather than play with dolls. Dolls that represented the very ideals that added to the sense of imperfection.

I grew up during the “women’s movement,” and yes, there’s been tremendous progress. But it also feels like a swing of the pendulum. To fully swing from one side to the other, from male-dominated to female-dominated, won’t resolve the underlying energies of one side trying to overpower the other.

Einstein had it right. “We cannot solve our problems with the same thinking we used when we created them.”

Our formative years form many of the decisions and choices we make as we move through this journey called life.

Many of us make promises to ourselves when we’re young. Many of them are based on what we saw or experienced in our childhood households. It’s a way to establish what we think are boundaries. At the age of 13, I made a promise to myself, “I’m never getting married, I’m never having children, I’m going to college and I’ll never be financially dependent on a man.” I lived by this mantra for many years. I was choosing a different path for myself and this mantra gave me a sense of control in a life that had already felt anything but.

When I thought of making it in a “man’s world,” it meant the hard push up the corporate ladder, and the need to strive and achieve. That who you are was based on title, position, salary, your house, achievements, and possessions.

My experiences also meant putting a hard wall around myself for protection from the unsafe, (in)visible world around me. It meant not showing emotions. To be stoic, just like a man.

Even as I battered myself with drugs and alcohol in my school years, to numb what I didn’t want to / couldn’t / didn’t feel allowed to feel, and then continued to numb myself via a 27-year career on Wall Street, this mantra was always with me.

I’ve analyzed this mantra six ways to Sunday, and worked through the individual meaning of each component. I’ve been married, I helped to raise 4 amazing step-children. I was incredibly self-sufficient. Too much so at times.

What I didn’t realize is how the underlying energy of this mantra turned off important parts of my very being and how I shared myself with the world. My mantra served me until it didn’t.

Promises are made all the time.

What if carrying the promise made to yourself in your younger years is actually an invisible burden? Even when breaking it may feel like a betrayal because the promise runs so deep.

In order to survive, I turned off my femininity. Seeing my life from the outside, it looked like I had it all under control. A great career, house, partner, etc. From the inside my life was unbalanced. I was out of balance.

My career in technology, on Wall Street, fit into the ideal of making it and proving myself. What I realize is that I was trying to fit into not just a masculine environment, but a toxic one at that.

This isn’t about sex, being a man or a woman. This is about the qualities we embrace. Some call it the Divine Masculine and Divine Feminine. I call it being a balanced human.

We all have our own unique mix of masculine and feminine, both are needed, and neither one is the enemy. And yes, there are positive and negative aspects of both.

To embody healthy feminine energy is to trust your deep, inner knowing, to be heart-centered, to be collaborative, powerful, and patient, soft yet fierce when necessary, and to allow time to observe. The pendulum swing of this is to act as the wounded victim, to act from desperation or neediness, to be indecisive.

To embody healthy masculine energy is to set healthy boundaries, to be brain centered, to exhibit emotional strength, to act on intuitive wisdom, to be decisive and disciplined. The pendulum swing of this is to create conflict or unhealthy competition via fear (think drama), to be domineering, and the need to prove a sense of worth.

It’s through exploring our wounds, through exploring the unhealthy aspects of both the masculine and feminine we’ve taken on, that we can see how the promises made to our younger self may have been a form of protection. That you can now make a conscious choice to let go of an old promise and to step into a new way of being for yourself.

This exploration isn’t about judgment. It’s a journey of seeing the truth of who you really are out from underneath the stories you’ve carried and the old promises or mantras you made.

What old ideal can you let go of in order to stand, speak, listen or see the world differently? What promise did you make to your younger self that no longer serves you? That by shifting it and letting it go, it gives you the opportunity to also clear the underlying story and energy attached to it.

The world is calling for us to show up differently. To let go of the old way of pushing in order to achieve. Many are fighting to keep the old ways of being, but domination isn’t the answer.

We affect consciousness by not seeing femininity or masculinity as the enemy, but instead by healing our wounds. By embodying the positive aspects of both the masculine and feminine in order to be the change you want to see in the world. This is how we swing the pendulum. 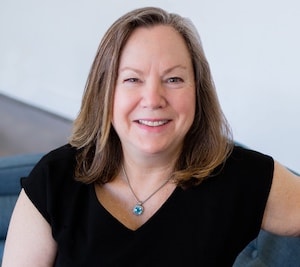 Stephanie McAuliffehttps://wayofthediamondwarrior.com/
Stephanie McAuliffe speaks, writes, and teaches on the human condition and the impact of our internalized energetic patterns. Through her own journey of healing and breaking the cycles of generational trauma, abuse, and addiction, her true belief is that there is no story that can’t be healed. After 27 years on Wall Street, she works with people as a personal transformation coach and multi-dimensional energy healer. She guides people to transform their own stories and to heal the subconscious energies that both drive and block them from embodying the joy and peace that’s their birthright. Author of two international best-sellers: The Impact of Silence: Self-Mastery Practices for Women to Embody the Happiness That’s their Birthright (2022) and The Message in the Bottle: Finding Hope and Peace Amidst the Chaos of Living with an Alcoholic (2017). Stephanie is also an avid cyclist, nature enthusiast, and lover of art and live music. Connect with Stephanie via: https://wayofthediamondwarrior.com.