I recall it as though it was yesterday…

It was the middle of May and the weather was just beginning to feel as though we were on the precipice of Summer. I was nine months pregnant with our third miracle and unselfconsciously I waddled through a downtown parking garage, heading to my beloved doctor’s office.

About 30 feet from the elevators, I noticed a very nervous young man juggling a large box and an overstuffed legal briefcase. His burden was not excessive but from the way he consistently refused to cast his eyes towards the older woman waiting at the elevator, I knew there was something about her that once he turned his head in her direction, he would never be able to UNSEE it.

Approaching the elevator, I got the picture and it was not pleasant.

For anyone who has never worn a light, flowy skirt in the summer, allow me to explain. There are times when, accidentally, the hem may find its way into crevices or undergarments that make the wearer want to disappear, the designer cry, and a grown man blush.

As the elevator approached, my time was limited because who knew how many others would see all there was to see when the doors opened. I immediately stood between the assistant and the lady with the wardrobe malfunction from hell and I tapped her on the shoulder.

What could I say?

“Ma’am, your dress appears to have dug its way to China.”

“Sweetheart, make the young man buy you lunch before you show him the dinner menu.”

I spoke in an undertone and said, “It appears that your hem is caught up in the back.”

I’ll never forget the look of gratitude on the assistant’s face as I entered the elevator.

Back to yesterday, and I do mean yesterday, while I was helping my husband in the restaurant. It was very, very busy and I was tying on an apron while running to the back to fold urgently needed pizza boxes. Now, my multitasking skills are sloth-like. There are a few things I can do well but multitasking is not one of them.

If you’re getting ahead of me, you might surmise that I was wearing a flowy skirt and you’d be correct. You might also carry this idea in a full circle and assume…

But you’d be kind of wrong.

Suddenly, out of nowhere, I recalled in full detail that moment at the elevator 21 years ago, and I reached around to find that memory was a visit from Karma. I smiled as I discreetly pulled the hem of my skirt back to where it belonged while no one was the wiser.

When we do the hard job of being consistently respectful and discreet at times that it would be so easy to be a smart a**, we do not know when we will witness the Universe bend the physical world to meet our needs. That Karmic Boomerang, or the Universe, or G-d Almighty, has a L-O-N-G memory.

I share this story with you now because it’s current and the world is consumed with disrespectful arguments and ugly words about a virus, an election, and the shocking violence taking place right outside our front door.

We live in a world where we fear sharing our well-researched opinions because we do not wish to face the scrutiny of an opposition who has no scruples.

Unapologetically, I believe in a beneficent G-d. As a convicted felon, I still believe that most police officers are trying to help and keep peace in very difficult situations, and I believe that there is so much more good than bad in this country. In this world, for that matter.

Most importantly, I believe that if we are each willing to save someone from embarrassment by gently, appropriately, discreetly alerting them to the fact that their skirt is stuffed so far into their pantyhose that they might as well change their name to NO NONSENSE, we could genuinely trust each other to share opinions and information without breaking hearts or bones.

It’s up to me if the Universe will have a soft touch or a mean right hook. 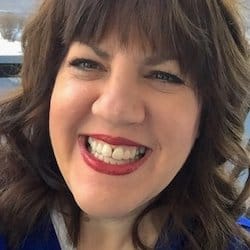 Wendy Weiner Runge
I am the most blessed daughter, sister, wife, Jewish mother, mother-in-law, grandmother, mentor, speaker, entrepreneur, award-winning film writer/producer, and convicted felon you've ever met. I have exactly 3 skills: I can write, I can tell a great story, and I collect REMARKABLE people. Originally from Omaha, Nebraska, my sense of humor is corny but my gratitude is more expansive than the Great Plains. And my mother always mentions that I am never uncomfortable anywhere.