If you are making mistakes, you have enough daring to come upfront with your skills.

Making mistakes is not a crime, but ignoring them is a sin. Mistakes are nothing but the process of development and growth. We should keep one thing in our mind while giving a shot to our efforts, “no one’s perfect in this world”.

If we did all the things we are capable of, we would literally astound ourselves.

Making mistakes is a normal part of life. Accepting your mistakes and taking responsibility is a great way to learn things. Here are some misconceptions about the mistakes and handy tips to deal with it :

You are not your mistake…

When you make mistakes, keep in mind that it doesn’t mean anything about who you are as a person. Try not to jump to any conclusion about your worth or value.

No one’s perfect and that’s okay.

Mistakes are not a failure…

Usually, we create confusion by conflating mistakes with failure. By any means, mistakes are not failures. Mistakes push you toward success by correcting you.

Mistake teaches you a lesson on how to avoid failure while chasing your success.

Imagining that others have it simpler…

When we watch achievement, we regularly accept that an individual’s way was a simple one. However, this is rarely the case. Consider that the original Harry Potter manuscript was rejected by 12 publishers before finding a home; Michael Jordan was cut from his high school basketball team; Walt Disney was fired by a newspaper editor who declared that Disney lacked imagination, and Henry Ford went bankrupt twice. Steve Jobs was unsuccessful in his attempts to sell an early version of an Apple computer to HP; the amazing Dr. Seuss was rejected by 23 publishers; and, in its first year vending, Coca-Cola sold a mere 100 bottles of soda.

We see stars on TV and expect that on the off chance that we had their ability and considerably more so their luck, we would be a triumph, as well. We don’t know, in these moments, of the years they strived in obscurity before coming to our attention.

Committing errors doesn’t imply that you have lost your objective. It’s much the same as success has been deferred for some time. It is believed that if a participant is going to partake in the Olympics, they are probably the best players across the world, yet it doesn’t imply that they all win the gold medal. Sometimes the best among them may miss the target.

So next time work more diligently for success.

Mistakes can break you…

I’d rather say mistakes can make you. It’s absolutely up to you how you learn from your mistakes. Whether you feel ashamed or regret and, take responsibility for your mistakes. There is a difference between feeling ashamed and regret.

If you feel ashamed by your shame, and after a period of self-loathing and guilt, you will resort back to your exact same way of thinking and behaviour. Instead of the mistake becoming a lesson, it becomes just another cyclical loop in habits.

On the other hand, you can take responsibility for your mistakes and use regret and remorse as a catalyst to grow and change your way of doing life in order to become better people.

So whenever you commit a mistake and it comes to take responsibility, your answer should always remain the same; 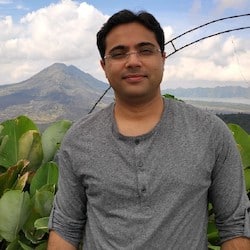 Sourabh Didwaniahttps://www.thethoughtsonlife.net/
Sourabh holds an MBA degree in finance. His professional experience is scattered across industries from financial services to marketing. Apart from professional life, he stays engaged in reading, traveling, and philanthropy. Being an avid reader and lifelong learner has fostered his natural pursuit of sharing his world through writing. Reading books and writing started as a leisure activity and has since turned into an essential piece of his life.