Many people, including myself, marked this year’s World Mental Health Day in some way on social media.

Many of us don’t know that World Health Day, established in 1994, has included a theme by the World Federation for Mental Health of WHO since its inception. 2021’s theme?

Mental Health in an Unequal World

I make it no secret that I am actively seeking an end to my relationship with psychiatric medications because they have caused me much harm. And, as I later learned, they are causing a lot of life-altering injury to many people.

So I tend to dig below the surface, when I can, regarding anything associated with mental health. That is how I came across the theme for 2021. I looked on the internet for the origin of WMHD and eventually came upon the themes. A relatively simple search anyone can make. And a subject I have considered while being white in the psychiatric space.

When I checked my white female body voluntarily into a local hospital’s psychiatric department, black and brown bodies were on staff, but my fellow patients were primarily white. While in the hospital, staff and doctors treated my white female body better than other white bodies because they were less educated and sometimes poor or homeless. So a hierarchy exists even among white bodies.

I couldn’t cross my heart that there was or wasn’t a single black or brown patient, but I don’t remember one. I don’t recall a black or brown psychiatric nurse, doctor, or social worker, either. And the small city I live in and where the hospital is has close to a 40% brown and black population, so where were they?

Unequal access to mental health services for brown and black bodies is a function of warranted distrust and systemic criminalizing of those in acute emotional distress. When a crisis arises, brown and black bodies’ pipeline to mental health access is through the police and justice system, which can escalate a crisis, leading to involuntary hospitalization, incarceration, or the use of lethal force. And no help or opportunity to process emotions.

In 2015, according to the Washington Post, Distraught People, Deadly Results, police, on average, “shot and killed someone who was in a mental crisis every 36 hours in the first half of the year,” many of whom were veterans.

Some promise has been shown when police partner with mental health workers. Called Mental Health Crisis Response Teams, they can help reduce the sort-term risk of incarceration due to a mental health crisis.

Many alternative community programs with similar goals see the same positive outcomes. Mental Health First Oakland is one such model and is part of the Anti Police-Terror Project.

Community programs like these are necessary if we wish to provide equal access in an unequal world. Thank you to the World Federation for Mental Health of WHO for starting these essential discussions. 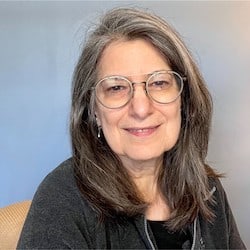 Antonia Schachterhttps://www.lifewithantidepressants.com/
Antonia Schachter is a mother, daughter, sister. She is married to Peter, with whom she loves two sons and their partners and a Corgi mix rescue. Her profession is content writing; her vocation is writing about her experiences with the Pharmaceutical and Psychiatric industries to raise awareness about psychiatric drugs and create a ruckus in psychiatrist’s offices everywhere.

No Magic Bullet for Painful Emotions