Working from Your Zone of Genius

When it came to identifying my zone of genius I already knew what that was. I didn’t need to write it down or even think about it, but as a flexi introvert I was still somewhat buttoned up and I wasn’t ready to share it with the world until I was introduced to the work of Dr. Brené Brown, a researcher, and storyteller, who at the last count was heading up four companies. She has a lot more accolades to her name so I’ll let you check her out on Google.

As an early adopter of her public work, starting with her 99-conference talk entitled, why your critics aren’t the ones who count, I was absolutely blown away by what I learned from Brené Brown. Not her research findings, they weren’t new to me and I say that with the utmost respect. I already knew what she was talking about because I’ve lived it. I talk with women every day who’ve lived it and you’ve probably lived it too, but what blew me away was, the fact that she dared to say out loud what we were already thinking, but didn’t dare reveal for fear of judgment, shame, and criticism.

Man, she was beyond brave and when she did that. When she pulled back the curtain on our shared fears, it was like being handed a big fat validation ticket, so much so, that in that moment, I immediately became part of a global movement of women that breathed a collective sigh of relief and thanked God in his heaven for sending Brené Brown and her work to us.

So my zone of genius in case you were wondering is born of the fact that I am a massive and I mean a massive empath. But you probably knew that already, given the content of some of my posts. And if you had any preconceived ideas about empaths being limited to touchy-feely, that’s not the case. I am also blessed with the rare quality of having empathic leadership skills and that’s something that can’t be learned. You either are or you’re not an empath.

Being an empath means I’m able to understand the needs of others because I’m acutely aware of their feelings and their thinking and more importantly, empathy is the number one reason I am able to inspire women to take actions beyond their known capabilities.

Every woman I meet has a story to tell and somewhere in that story, the seeds of her new business have already been sown. I know that because as an empath, I listen and gain insight first, which allows me to think before I make a judgment or a decision on how best to serve you. So for me, being an empath is a gift that allows me to make deep and meaningful connections, the purpose of which is to inspire and empower you to go after your own dreams and aspirations. So, based on the zone of genius calculation, I arrived at and work from my zone of genius by combining my top talent empathy with my purpose which is to inspire women to take action beyond their known capabilities.

What’s your zone of genius? Please pop your comments in the box below the video and thank you for taking the time today! 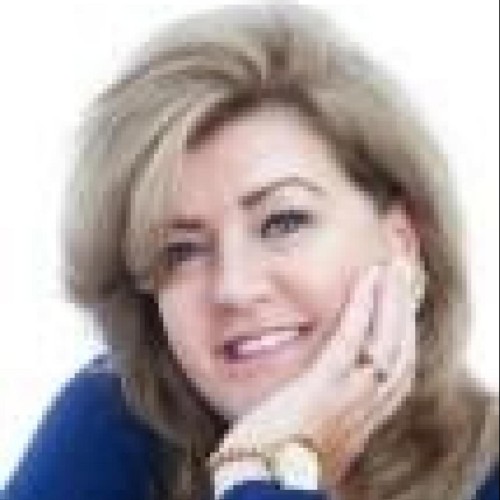 Dee Coxonhttp://deecoxon.com/
DEE Coxon is a bestselling author of Polish The Diamond In Your Heart and Business Start-up Coach who inspires women to go beyond their known capabilities and get their business online in less time. A former hairdresser and beauty therapist she learned everything she knows about women within the four walls of her own salon where she admits to getting more satisfaction helping clients with their personal struggles, than she did doing their hair and makeup! Self-employed since she was 18, she eventually left her vocational path, swapped her scissors for a lap top and entered the world of academia. In the year she turned 50 Dee gained a Master’s degree, a teaching certificate, became a grandmother and lost her mother to cancer after a 2 year battle, during which she nursed her. A quote by Rufus wainwright: You’re born twice, once at your birth and again when your mother dies” had a profound effect and changed the way she sees and does things now. As the creator of The Fast Class: A bespoke, 1 to 1, accelerated learning experience, designed for beginners and delivered in one day. Dee blends expertise with life experience to make sure her clients get past those self-imposed barriers that keep them from launching a business they love. Dovetailing these two elements is fundamental to the Fast Class and reflected in Dee’s coaching style. Why? Because she believes, no matter where you are in your business journey something is happening within the context of your life, the two are inextricably linked.

How Do You Get From Career To Calling?

Improving Productivity In The Workplace