Sometimes we say things with good intentions without realizing the impact those very words will have on the receiver. Phrases like ‘last third’ and ‘second act’ take on very different meanings although technically they are both describing the last segment of our lives. The difference between ‘last third’ and ‘second act’ as it relates to life can dramatically play out in our heads with devastating and debilitating results especially when we are already feeling less than or questioning our very own existence.

With the uncertainty of the job market since the late 80s and early 90s when layoffs and downsizing became the norm, I have been on both sides of the equation perhaps a dozen times. Neither side ever felt good, and both left me to deal with the emotions of the impact these actions have on the lives of the affected individuals. During these moments, we ask ourselves, “What’s next? Where do we go from here?”

The perceived safety in being employed can keep some of us from pursuing the entrepreneurial world that many have flourished in.

The responsibility of a family and knowing you are the main breadwinner and supporting entity within the family unit puts you right back in the employee seat as it seemed to have been the fastest way of generating income with consistency. Some of us go through career and life transitions in our 40s. This is when we start to question our purpose in life and if, in fact, we chose the right career. For some of us, our careers chose us. With another couple of transitions following this timeframe, here we go again; fast forward another decade or so.

Following a zoom call with a book club I belonged to, I engaged in a brief discussion with two individuals at the end of that call. I expressed feeling at a crossroads as I was in a transition period and was debating whether to continue to seek employment or really focus on building my own business. During this time in my life, I was also going through a period of sadness and anxiety. Some might refer to it as depression. To say I was not feeling good about myself is a bit of an understatement. I was in search of something, not very clear on what I was looking for, so I rejoined online communities I was previously engaged with and also made it a point to network more to include having calls to further engage with new connections.

Perhaps this was one of those tough conversations we need to have sometimes, even if we are not ready to hear it.

In the midst of our conversation, and without much hesitation the question, “What will you do with this last third of your life?” was asked. That question felt like a kick in the teeth and a kick in my stomach. Was there anything really wrong with this question? Perhaps not. We were, after all, engaged in conversation. I opened up and shared my internal debate which in essence was an invitation for a discussion. Perhaps this was one of those tough conversations we need to have sometimes, even if we are not ready to hear it. Nevertheless, there was no real outcome or epiphany moment that came from this discussion other than it left me feeling emptier than I was already feeling. My world was now filled with more doubt and uncertainty. The judgment was in, and I let it control me. The downward spiral kicked in and I felt hopeless, helpless, and even foolish. I checked out.

A month or two passed, and I continued my job search without any results. Prior to and following that most recent transition (code word for layoff), I facilitated approximately three to six workshops monthly in a sub-contract capacity for a corporate training company. In my ongoing quest for personal development and keeping a pulse on the world, I attended a webinar where the guest speakers spoke of their company which was primarily focused on women transitioning out of their corporate jobs and stepping into the next phase of their lives. They called their company “Second Act | Women”. What it did to and for me psychologically and physiologically was reframe where I was in my life.

Words do truly matter. Certainly, the bulk of the responsibility falls on the receiver of the words since it is up to us to interpret. The giver or provider of words also has a responsibility to listen and assess prior to advising and sharing their good intentions. 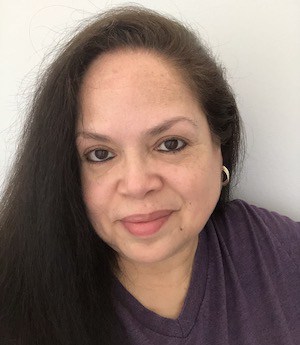 Maribel Cardez
Trained in situational leadership, Maribel Cardez devotes her research and client support to exploring how organizations can create greater employee and customer experiences. Throughout her journey, she has connected with many individuals on a global scale who share the common belief of the importance of creating an environment where employees feel they belong and are valued and respected. Although there is still a lot of work to be done, she is a strong believer in the need for change and finds it refreshing to see throughout the world today that a "people first" focus is of paramount concern. Having spent most of her career in corporate America, Maribel serves as a Management Consultant with The Zedrac Group where she specializes in strategic planning, project management, and consulting services on human resources, organizational effectiveness, operations, and administration. In addition to her vast corporate career, Maribel also facilitates workshops on Cultural Competency, Diversity and Inclusion, Team Building, Generational Diversity, and Prevention of Sexual Harassment and Workplace Violence. She has held senior leadership positions in Human Resources, Administration, and Marketing. Maribel earned her Master’s in Leadership from Nova Southeastern University and her Bachelor’s in Business Management from the University of Phoenix. Additionally, she is a graduate of the Louisiana State University Graduate School of Banking and the American Bankers Association School of Bank Marketing and Management. Originally from Brooklyn, New York, Maribel has lived in South Florida for over 30 years.