Women CEO Hoteliers: Where Are They? 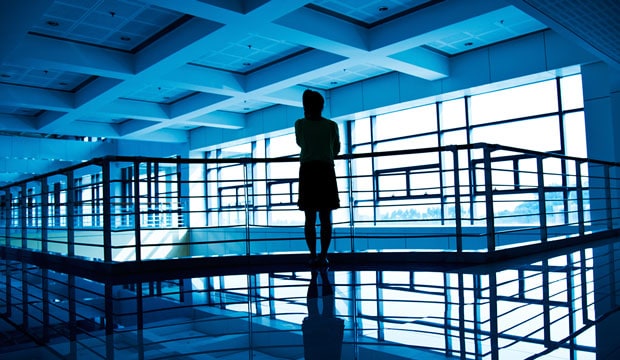 A recent article I read stated that 6.4% of U.S. Fortune 500 companies are run by a female CEO — 32, to be exact. However, none of the CEOs mentioned were hoteliers. That’s not to say there are no CEO women hoteliers, for there are, but most of them arrived at their CEO position through ownership of their properties and not up through “the ranks.” Of and in itself, there is nothing wrong with that, especially since they are all very successful, but it may be an indicator that, for women who aspire to CEO in the hotel business, you have a better chance through ownership than through the normal “rise from the bottom” path. And by that last, I don’t in any way mean to imply that women do not/have not served their time in a variety of positions, they have, and have done an exemplary job at each level; after all, many of them serve on boards of directors and head up just about every corporate hotelier position, except CEO. Why is that?[su_spacer]
Male perception along with corporate vision, I will propose, is the leading cause of the lack of women hotelier CEOs. Bluntly speaking, from an idealistic economic minimalists’ (if there is such a thing) point of view, all businesses are in the business of making as much money as possible with the least amount of monetary outlay to provide a service to a community effectively, efficiently, and satisfactorily to all concerned, from the stakeholders / shareholders, to the lowest employee, to the client, and to the community.[su_spacer]
And, bluntly speaking, again, in the world of BIG BUSINESS, no matter where in the world, the vast majority of corporate decision makers, almost regardless of profession, are men—and older men, at that—, and it is, for men, a lot easier to deal with other men in business dealings, for they understand, speak, hear, and see each other in the same light — they are, in essence, equals in status. Hence, perhaps that is one of the main reasons why the vast majority of CEOs are men, whilst business women, no matter how competent, are destined, to remain in the background for the time being—progress is slow—, providing immeasurable, invaluable services for the betterment of the organization they are a part of, with little hope of ever becoming the CEO of that organization.[su_spacer]
I believe that in today’s corporate world, most successful businesses are attempting or have found a balanced mix of male and female employees of various ethnic backgrounds that have helped that corporation to succeed in its vision. However, with that said, it bears repeating, rightly or wrongly, that most corporations are run by men and prefer dealing with other men, especially when it comes to business decisions that affect corporate vision.[su_spacer]
Mix all that with the hundreds of books published over the past 30 or so years that deal with male/female communications and practices, all, in essence, coming to the same conclusion, that male testosterone, and female estrogen don’t really mix, except when it comes to making healthy male and female babies.[su_spacer]
Male testosterone equates to aggression, while female estrogen equates to nurturing (passivity?). The corporate world is an aggressive world—corporations fighting for domination of their respective brands, and women are not perceived, especially by men, but by many women as well, to have the necessary fighting qualities to be contenders, much fewer winners. Please remember, that CEO’s are voted in by mixed gender board of directors and mixed gender shareholders and stakeholders.[su_spacer]
And for those women that have succeeded, so the probable male, and sometimes female, narrative goes, they had to learn to fight like a man; in other words, they had to change their personality in a way to be perceived by men as more of a man than a woman; they had to learn how to be aggressive in their dealings when called to do so, with one glaring exception—nomenclature: in business, when men utilize aggressive business tactics both in how they run their companies or in their dealings with others, they are aggressive, they play hardball, etc., for women to do the same, they are bitches, and they get that from both sides—from the men as well as the women.[su_spacer]
Successful CEOs are successful because they are able to express and sell their vision for growth/expansion to the board and to the shareholders. Women, of course, can do and do do, the same thing, but boards and shareholders also know or realize that in order for that vision to materialize in a timely manner, the CEO is going to have to be able to talk to and or influence a goodly portion of outside people, who, invariably, are men—and that is the reality.[su_spacer]
That reality, of course, is changing; the corporate world is becoming more and more diverse, but progress is slow. The glass ceiling in most professions is either entirely broken or full of cracks, with an occasional hole. The major problem is simple, women do not possess the passion that is necessary to become CEO.[su_spacer]
Women hoteliers, your time is coming! May it be sooner, than later!
CARE TO SHARE?
Linkedin
Facebook
Twitter
Pinterest
Print
Email

The Hotel Guy – A Hotel Career? Are You Crazy?