Aging responsibly is a taxing endeavor both physically and financially. With the burden of accomplishing financial stability in one hand, the stress of working long hours in the other, and the effects they have on your well-being, it’s easy to lose yourself in a number of unhealthy luxuries.

The average american spends nearly half the day staring at a screen. Those who spend six hours or more per day of their leisure time sitting had an overall premature death rate that was about 20 percent higher than the men who sat for three hours or less. Many jobs today now involve long hours on the computer. You can, however, combat the remainder of your time by trying new things. Those that participate in activities, pushing their comfort zone and their intellectual boundaries find frequent benefits that can counter the unpleasant effects of unproductivity.

You Step Out of Routine

You may have an unintentional daily routine that circles around bad habits. Weekends might consist of seeing some family and friends, but you can feel that you’re not utilizing all of your time wisely. Many people use the excuse of never having enough free time to do the things they want, but still manage to set aside hours for TV, social media, and going out for drinks.

Stepping out of that daily routine could be something as cliche as getting exercise. If you’re someone who already gets plenty of exercise, challenge yourself, and put your athleticism to the test with something more “extreme” like trying out for a highly competitive triathlon.

Stepping out of a poor routine doesn’t have to get physical and competitive either; it could be a simple creative project like building a custom home furnishing, or teaching yourself a new skill like photoshop editing. You can even go a notch lower, and start by brushing your teeth with your less dominant hand, taking a cold shower, or writing in a journal. It’s the simple act of doing something different in a consistent manner that will train your subconscious to adopt healthier habits and a consistently evolving routine.

New ideas come from trying new things. Milton Hershey, the owner of Hershey’s chocolate, started three separate businesses and watched each of them crumble before starting Hershey’s chocolate. Starting a business, of course, is easier said than done, but the mere pursuit of experimenting with new ideas is a productive habit to get into.

Think of some of the pastimes you take part in: Do you coach a little league team? Do you know your way around social media platforms? Maybe you have a keen eye for grammar mistakes in essays. Ask yourself how you can turn some of your pastimes into a possible small business, because in today’s digital world, you can turn just about anything into a profitable income.

Provides a Sense of Humility

When you’re not working, you may spend your free time at home watching TV until you fall asleep. That’s possibly five hours or more of TV, and in a way, that would make you a television-watching master. You would probably know the perfect angle to point the remote to get the guide menu to appear every time, and you might know which game is happening at which channel. You may know that the exit button on the remote is a bit sticky so you have to press it four times for it to work. If anyone were to ask you anything about a TV that’s acting up, you could probably offer them a valuable solution.

There is a sense of pride associated with only being good at one thing, because that’s all you do and you’re the best. Trying new things will put you at a rookie stance; why would you do that? You do it because humility is an asset for self-improvement. By remaining humble, you are receptive to opportunities to improve. In other words, if you’re good at something you can be confident in your level of success, but also humble enough to realize there is still a great deal of room to advance.

When you try new things you’re presenting courage, forcing yourself to grow, avoiding a feeling of restlessness, and opening up the possibility of enjoying something new. People who engage in a variety of experiences are more likely to retain positive emotions and minimize negative ones than people who have fewer experiences. 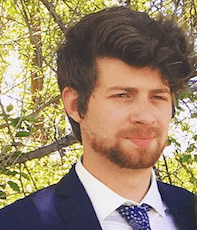 Logan Randalll
LOGAN is a writer from the Northwestern part of the U.S. He enjoys discussing topics that relate to business and travel. When he’s not working he spends his time touring sushi restaurants, and dancing at jazz clubs.

Top 5 Most Underrated Jobs in 2017 Worth Considering