Why You Need to Embrace Adaptive SEO

OVER THE LAST FIVE YEARS, there’s one word that aptly describes the SEO (search engine optimization) experience of small businesses, large companies and even some marketers. That word is confusion. Depending on the year, the knowledge and morality of the SEO agency from which you bought services, and the most recent Google algorithm update, the resulting effects ranged from minor to catastrophic. Unfortunately for many companies, their torpedoed rankings, decreased site traffic and tumbling sales left them scrambling for help or completely in the dark about the state of their SEO efforts.

Because of the presence of seedy agencies that deployed shady tactics, companies often bounced from provider to provider, which left them with nowhere to turn when Google finally unleashed its cleansing updates. Businesses didn’t understand why they couldn’t rank well on the search engine results pages (SERPs) or why they suddenly plummeted off page one. These were dark days for SEO – the industry and the tactic – and many companies remain completely jaded by the experience.

In the aftermath and chaos of Google’s algorithm updates like Panda, Penguin and Hummingbird, there was a great divide, even amongst the SEO community itself. SEO is dead, they said. Nobody wants to buy it and the acronym must nevermore be uttered, they said. But they are wrong, at least partially. Sure, some companies are too scarred by their bad experience to ever buy ‘SEO services’again but chances are they never understood SEO in the first place, so why do they get the final say?

Journalists looking from the outside in have been claiming SEO is dead since 2012, but again, what qualifications give them the right to make such a bold statement? The negativity is so rampant that industry software giant SEOmoz changed their name to just Moz because, among other reasons, “For many folks outside of our community, the acronym SEO has (unfair) associations with spam or manipulation.”

There’s absolutely no doubt that the term ‘SEO’ now comes with an unfairly negative stigma. Yet that still doesn’t validate the notion that SEO is dead, it just presents a larger set of obstacles. But perhaps there’s a silver lining for companies who can see beyond the pessimistic press and realize that core SEO best practices still work. There’s often a competitive edge to be gained for those who are able to think outside the box. Given the current state of its perception within the media and despite the fact that search engines still dominate the Internet user’s experience, it’s not a stretch to think that an effective, long term SEO strategy is something your competitors are ignoring.

Ultimately, the new version of SEO – what WSI likes to call AdaptiveSEO™ (ASEO) – involves cutting out-dated tactics and implementing a more natural approach to obtaining organic rankings and traffic, all the while adhering to Google’s aggressive guidelines. Harder and more in-depth? Yes. Will you need to devote more time, energy and resources in order to sustain an effective long-term strategy? Yes. But you will see greater results over a longer period of time because no matter what you might read, AdaptiveSEO™ is alive and well.

How’s this for starters: there are over a billion Google searches conducted worldwide every single day. A billion. So I guess that pretty much establishes that people, you know, use Google (in case you were just going to pretend that it’s okay to ignore that section of the Internet). More importantly (and harder to ignore than a billion searches, if you can believe it), 94% of searchers click on organic search results. Just to keep things simple, that’s 940 million reasons you should forget what you heard about SEO being dead and welcome an effective, long-term AdaptiveSEO™ strategy back into your digital marketing fold.

So you can recover if you were penalized by Google.

Let’s say that your company employed three different SEO providers over the last five years and each was given the directive, “We want to rank #1 on Google for the following keywords.” Provider A didn’t deliver the results quickly enough, so you moved on to Provider B, who only got you to #1 for half the terms. You then hired SEO Provider C and they promptly had you ranked #1 for all your terms, at which point the site traffic and sales were pouring in and your company reaped the benefits.

But then, with the advent of Google’s aggressive crackdown on tactics that ‘gamed the system’, you lost 70% of your site’s traffic and your sales went down the drain. Turns out that one, if not all, of your SEO providers were using unnatural methods to help you get those #1 rankings you so coveted. “But we didn’t know!” you might plead. Google won’t listen. The truth is that it’s on you for not paying enough attention or getting involved with the process of somebody else doing your marketing. The good news is that whether it’s thin content, spammy links or over-optimization, your site can recover and get back into the good graces of Google. How? As hard as it might be to wrap your head around, since you think it’s SEO’s fault in the first place, you have to implement the new SEO. The kind that works: a lasting, natural and dedicated AdaptiveSEO™ strategy.

In case you weren’t aware of how often Google changes the formula that determines the rankings on SERPs, take a look at a summary of Google’s algorithm changes. That’s essentially the big bad wolf that blew your house down without you even realizing he was outside your door, and he’ll do it again in the future if you don’t make a point to keep an eye on what Google is saying and doing. Luckily, a huge part of ASEO is not only keeping abreast with Google’s algorithmic changes, but also predicting, adapting and implementing strategies that don’t depend on the whims of a search engine to be effective.

We Recommend You Stay Committed To A Long-Term Strategy

It can be hard to wait for and see the benefits of a long-term ASEO strategy (especially if you believe you’ve been ‘burned’ by SEO in the past). But the fact remains that patience and unwavering commitment are necessary to ASEO success. Just like a diet or a lifestyle change, it’s not going to happen overnight but you’ll eventually be grateful that you remained committed to your long-term goals.

The WSI AdaptiveSEO™ Methodology was designed to run a minimum of six-months with ongoing content marketing and social media support. That’s a big undertaking but with a solid fundamental foundation and fully executed levels of keyword research, content development, social sharing and constant iteration, the results will be worth the wait. Not only that, but they’ll continue to deliver beyond the initial work and investment and ultimately stand the test of time against any algorithm update Google throws at the industry. 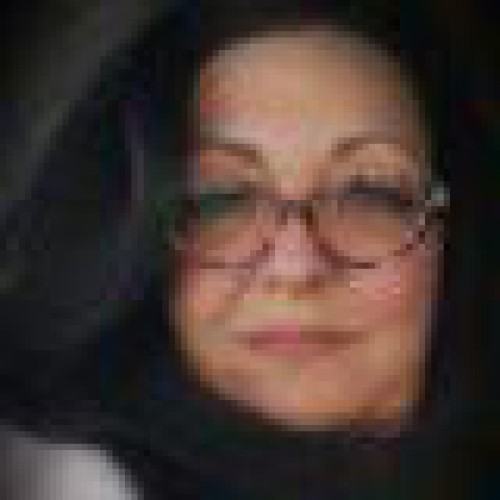 Heidi Schwendehttp://www.wsidigitalmoxie.com/about-us/team/
THE disruptive impact of digitization. It's a wave that'll wash away those who aren't embracing it. Very soon businesses of all sizes will acquire, manage and retain customers 100% online. I've worked in digital marketing for Global Fortune 500's for over 15 years and I assure you, this wave of disruption will only intensify as time goes by. Priority 1 is helping business succeed online. I will bring every bit of my experience to bear in working out a digital strategy for your business. And together with my team, we'll develop solutions to target, engage and convert for you like never before. My specialties are; digital marketing strategy, proprietary social media platforms, Google enterprise, social selling, responsive design, mobile marketing and social media, adaptive SEO, paid search, web systems & CRM integration, IMM & Governance.

Search Advertising is Tough But Oh So Worth the Effort!