In this 3-minute video, Dayna of ic3 consulting, explains why you need to understand brain integration – for you and your business.

A healthy, integrated brain is how you access higher-order mental functions and better-quality decision making. Brain integration can lead to 1) body regulation, 2) mental attunement, 3) emotional balance (the ability to pause before you react), 4) flexibility in responding, 5) the soothing of fears, 6) insight, 7) empathy, 8) morality, 9) and intuition (“the joining of heart and gut”) (Daniel J. Siegel, M. D., 2010). (It is important to note that all nine of these integrative functions can be obtained through mindfulness training!)

Results of over 200 scientific studies with a total sample size of nearly 275,000 people (APA 2005) found that every key business outcome improves when people are emotionally regulated and happy – aka responding by means of an integrated brain. These improvements can dramatically better the bottom-line of businesses, and include:

Companies can leverage these positive traits of employees that support the ongoing growth of the company. However, the converse is also true. In many companies – unfortunately – there is an exponential loss of brain power that negatively impacts business.

What do you mean by “brain integration”?

A human brain has parts that are similar to reptiles and other mammals. The brain didn’t begin again with each evolutionary hurdle but rather built upon what was.

Within each division of the brain, there are certain needs that must be satisfied before we can think and act from the more advanced, thoughtful and evolved parts of the brain. As we evolved, so did our brains. A human brain has parts that are similar to reptiles and other mammals. The brain didn’t begin again with each evolutionary hurdle but rather built upon what was. The most ancient part of our brain is located at the base and includes the brainstem (in blue). It controls automatic 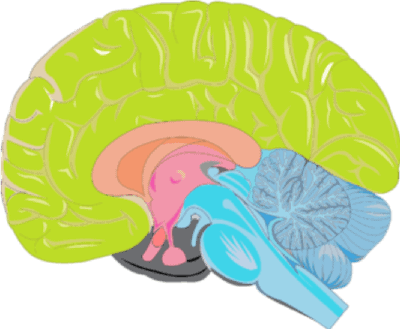 functions such as heart rate and breathing and is concerned with safety and survival. If we are consumed with trying to satisfy our need for safety, we can never function fully from our higher mental states such as abstract thought, language, empathy, and imagination. As the brain evolved new layers were, essentially, added to the top. These additional “layers” include the limbic system (area in pink in the image) and frontal cortex (in green). The limbic system includes a variety of structures such as the amygdala, hippocampus, and hypothalamus. It is the part of the brain we share with other mammals and is responsible for deep-seated emotions, learning, and memory. Its basic need is satisfaction, beyond the survival of self to the rewards found within groups.

When we traverse our way up the brain, we move from the limbic system to the frontal cortex, which is divided into two cerebral hemispheres, the right, and the left. The cortex is responsible for higher mental functions such as abstract thought, language, humor, empathy, self-awareness, and imagination. The basic need of the cortex, beyond survival and satisfaction, is a sense of connection (from Me to We). If we are able to consistently operate from this area, we can maintain thriving teams that systematically innovate and collaborate with one another. 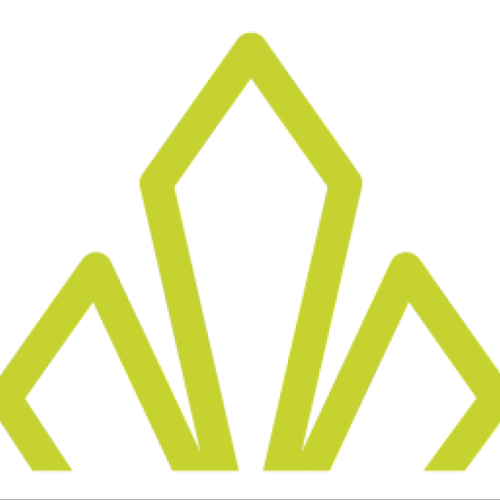 ic3 consultinghttp://www.ic3consulting.com/
ic3 consulting is a staff engagement consulting firm that brings mindfulness and imagination, backed by brain science, to the workplace to improve employee engagement. ic3 delivers improved employee satisfaction for business leaders through customized corporate retreats, ongoing trainings, and executive coaching. Disengaged employees can cost your company a lot of money due to declining productivity, turnover, absenteeism, poor customer service, and the inability to realize the full potential of the organization. However, companies with a formal engagement strategy in place are 67% more likely to improve their revenue per full-time equivalent on a year-over-year basis (Aberdeen, September 2016). Want to become one of the best places to work? Learn how in this video series delivered to your inbox. Each video is under 3 minutes. Insightful Companies | Innovative Collaboration | Intentional Culture www.ic3consulting.com

The Business Case For A Human-Centered Business Model

The Pain Of Gratitude