Why The Right Brain Matters

Through patient and animal studies, it has been discovered that the two hemispheres of the brain see and respond to the world in divergent manners.

Why is it that an organ whose job it is to communicate divided?

The left hemisphere sees things narrowly and focused, while the right views the whole. This was advantageous to us as a species because it allowed us to break down tasks and learn complex sequences, while at the same time being aware of our surroundings.

Where you can begin to see hemispheric differences isn’t necessarily on an everyday level, where the brain works in concert for most functions, but over time in the dominant world view. It is akin to a large ship that shifts its course. Turning just a few degrees alters its direction dramatically over time.

You can mark throughout history which hemisphere took the lead (for instance, an expansion of the right brain’s way of being in the world during the Renaissance with a shifting towards the left during the Reformation and The Enlightenment).

There had, in the past, been a correcting force – like a pendulum that swings and arcs back in the other direction. However, something is amiss lately. There is no longer a system of negative feedback (the correcting mechanism that shifts the direction of the swinging pendulum).

Since the Industrial Revolution, we have been swinging further and further to the left, and the further we swing to the left, the less likely are we to find an “escape route.” This is because our external world, which used to have the capacity to return us to the right, is becoming more and more dominated by what is essentially “left.”

We are now living in a world that is a mirror of a left-reared society and notions associated with anything other than what is “left” are seen as trite and not-to-be-trusted (dare I say “intuition” should be trusted!).

How do we begin to reset the balance?

We begin by practicing returning information to the right-hemisphere, where it can again be viewed within context and a whole. And, yes, this might initially seem strange, silly and weird. It will certainly feel different.

Can we begin to relax our yearning for certainty, even just a little, so that we can sit with the necessary tension of dichotomies? Can we begin to find moments of pause and stillness so that we may receive that which is unsought? Can we dare to be courageous enough to be seen as naïve so we can alter the direction of where we are headed?

Thanks to Iain McGilchrist, The Master and his Emissary: The Divided Brain and the Making of the Western World, for inspiring this article. 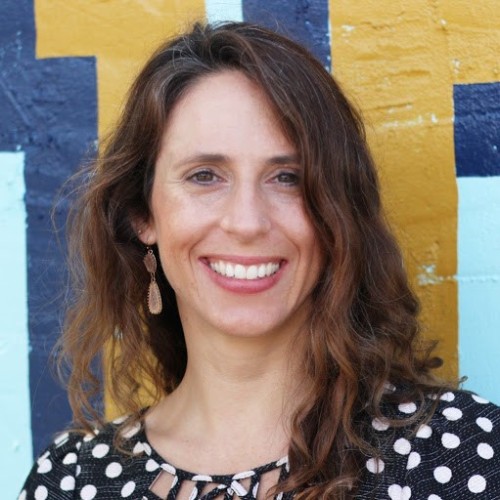 Dayna Wood, EdS, REAThttp://www.ic3consulting.com/
AS an employee engagement consultant and professional psychotherapist and coach, Dayna combines out-of- the-box thinking with solid scientific research, so her clients get the best of both worlds. Dayna is the co-founder of ic3 consulting. ic3 consulting helps business leaders re-engage, re-align and re-ignite their workforce to create highly empowered teams that communicate effectively, collaborate freely and work to realize their company’s vision. How engaged are your employees? Take our 3-minute ACE Employee Engagement Assessment !

The Pain Of Gratitude

How Are Purpose, Universal Flow And Dirt Related?