Why Staying Home to Treat Your Anxiety Attack Is Okay

4) You Need the Time to Listen to Your Body

No, I’m not talking about listening to your bowel movements, KAREN. I’m talking about paying attention to what your body may be trying to tell you. Is there someone in particular who makes you anxious? Or particular situations? What triggers your anxiety? By quietly sitting with yourself as you work through your anxiety attack, you may be able to identify what caused it. You may find that it’s an unrealistic fear, or it could actually be a very real message that your body is trying to tell you. For example, maybe a particular person you know who’s going to the get-together makes you feel unsafe, in which case your anxiety attack may be your body’s way of warning you.

5) You Wouldn’t Hold Others to the Same Standards

If someone were to tell you, “I’m sorry, I need a mental health day today, I’m going to have to sit this one out,” would you hold it against them? Would you say, “Unacceptable, you need to get over it and come anyway”? Probably not. (Sit down, Karen.) Chances are you’ve built up this unrealistic standard for yourself that you believe others hold you to. But if the tables were turned, you know you wouldn’t expect others who suffer from anxiety to be able to keep it in check all the time; it’s exhausting. Give yourself the same kindness that you would give others.

6) You’re Not Being Selfish, You’re Being Self-Aware

It’s far too easy to revert to the selfish card: “By staying home to take care of myself, I’m being selfish.” No one, especially people with high anxiety, can be “on” ALL THE TIME. Recognizing this truth means you’re self-aware, not that you’re selfish; you’re simply acknowledging your shortcomings. You wouldn’t expect someone with a weak ankle to be able to sprint or ice skate on a whim, would you? If they said, “I can’t go running today, I need to give my ankle a rest,” would you be all like “SUCK IT UP, KAREN”? (Hopefully, you wouldn’t, otherwise, you’re a terrible person… Just kidding, but yes, that would be a very mean thing to say… especially if his/her name isn’t Karen.)

Believe it or not, the world doesn’t stop and throw a tantrum at the inconvenience if you decide not to go to something. People aren’t sitting around talking about you all the time: “Can you BELIEVE Karen had the nerve to not come to this Fourth of July party? Let’s throw exploding firework darts at her picture!”

There may be one or two boobs who complain, but that’s on them; not you. And even if they do, it’s never half as bad as the extreme scenario you’ve concocted in your mind. By overthinking what people MIGHT be thinking about you, you’re only making your anxiety worse, which is counterproductive to the point of staying home in the first place. So do yourself a favor and get out of your head!

It’s an amazing realization, isn’t it? Believe it or not, life goes on. You’re not going to hell, people are not going to die (unless you’re a firefighter and the place you’re supposed to go is a fire call, in which case GET OFF YOUR ASS, KAREN), and people are not going to suddenly stop functioning if you’re not there. Don’t let your mind fool you into believing life as we know it depends on your attendance. You’re an incredible human being with a great purpose in life, but you aren’t responsible for EVERYTHING. Don’t place that kind of pressure on yourself.

9) If You Don’t Take Care of It Now, You May Burst Later

So you decide to ignore your anxiety, bury it, and just smile and wave, despite the storm that’s raging within…

You can only get away with that for so long.

No matter how good you get at it, when you smother your emotions and ignore them for too long, they are eventually going to erupt. Them suckers want out! If you don’t say no now and then, so that you can take the time to address your anxiety and icky emotions, they will eventually burst out of you like a monkey in a cupcake.

10) You Aren’t a Bad Person for Not Going

This is the most important thing to remember: STAYING HOME BECAUSE OF AN ANXIETY ATTACK DOES NOT MAKE YOU A BAD PERSON. You need to take care of yourself before you can even contemplate taking care of others. I believe the saying goes: “You can’t pour from an empty cup.” If you feel your anxiety is too overwhelming to go anywhere, that does not make you a bad person; you’re simply taking the time to fill your glass.

IMPORTANT DISCLAIMER: These Aren’t Excuses to Be Irresponsible or Afraid

You’re allowed to stay home to take care of your mental health. However, that’s not an excuse for backing out of commitments all the time, as that would be irresponsible and inconsiderate of other people’s time. If you find that you are doing that often, you probably shouldn’t be making those commitments in the first place.

Also, staying home all the time out of fear isn’t healthy. (Unless you’re the Wicked Witch of the East, in which case, by all means, stay indoors.) The point of staying home in light of an anxiety attack is to address your mental needs; it should not be a situation in which you convince yourself that going to anything is “bad.” If you find that you are constantly anxious about going anywhere, talk to your therapist to identify the root of your anxiety and what steps you should take to overcome it.

Still waiting on that rum, KAREN!

Have helpful tips on how to cope with anxiety? Share your thoughts in the comments! 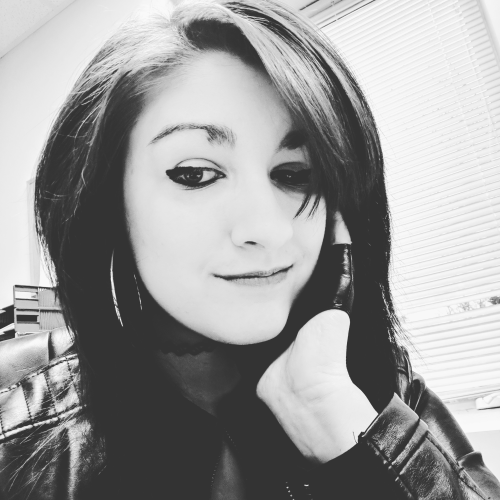 How Making Decisions Really Stresses Out Your Bacon

How Quarantine Has Made Me Depressed About Not Being Famous