Why Do Empaths Attract Narcissists?

Dearest hearts you may believe that these two groups of people, the empath and the narcissist, are polar opposites and wildly dissimilar therefore they should have no attraction for each other and no common ground. The empath is generally seen as the all-feeling one who becomes the victim while the narcissist is seen as the self-consumed one who’s seen as the predator. Herein lies the problem, no one is ever comprised of one strain of thinking or behavior. There’s good and bad in every being and it’s up to each individual to decide whether to allow their mature, loving side to dominate or their childish immature side to present itself.

It does not follow that the empath is mature and enlightened or more advanced nor does it follow that the narcissist is underdeveloped with none of these qualities. What is true for both ends of this social spectrum is the need to feel loved and appreciated. The two groups share a common bond of feeling misunderstood and of having low self-esteem. They both look outside themselves for validation because they don’t see themselves as worthy. Both of these groups have developed personality traits to deal with their supposed shortcomings.

The empath gains attention, respect, and pseudo-love by helping others. They are the, “let me do if for you” group that often feels overwhelmed, over-obligated and taken advantage of. They self-destruct by agreeing to help everyone, by trying to make everyone around them feel better and by taking the burden away from others and placing it on their own shoulders. They often judge their success or happiness by whether or not they’ve succeeded in making another person happy.

Since no one can be responsible for another’s happiness, especially not when it comes at the expense of their own wellbeing, the empath will never receive the acknowledgment or praise they desire. They’ll assume it’s because they haven’t tried hard enough, been accommodating enough or done enough for the other person and so they’ll fail but they’ll immediately begin again. This time they’ll commit even more time and resources into the other person’s welfare and when this cycle also fails the pleasing behavior will begin again after a brief rest period. Often the renewed behavior will be laced with a frantic and desperate willingness to please but the end product will always be failure. The empath has been trying to do the impossible and has assigned their value as a person to the successful outcome of their campaign. At some point, the empath will abandon their attempt to please the narcissist and will begin seeing themselves as a failure and permanently damaged goods.

When the narcissist says, “Look how great I am,” they’re really saying, “Please help me to see myself as great. When I look at myself, I see only false bravado and a whole lot of nothingness so what I really need is for you to convince me of my greatness.”

The narcissist who has been the recipient of this frantic attempt to please may at first appear to be genuinely delighted by the attention and slavish devotion of the empath. It’s during this phase of the relationship that the narcissist will encourage the devotion and attention of the empath by offering praise and acknowledgment. However, the instability of the narcissistic personality demands that relationships cannot be sustained even when they are benefiting the narcissist. The narcissist desires attention and wants everyone to be proud of who and what they are. They desire to be seen as heroes, larger than life and just a little bit better than the average person. Unfortunately, they don’t have the self-esteem or the foundation to support these claims so they constantly need to be propped up by others. When the narcissist says, “Look how great I am,” they’re really saying, “Please help me to see myself as great. When I look at myself, I see only false bravado and a whole lot of nothingness so what I really need is for you to convince me of my greatness.” The narcissist has no foundation for their claims of superiority and because of that, they develop a sense of unworthiness and self-loathing. They cannot be what they desire to be and therefore they detest what they are.

The empath also has no love for self. They see themselves as useless in and of themselves and useful only if they can be seen as valuable by someone else. Both of these personalities are extremely vulnerable, both are debilitating and both are unable to see themselves as they really are. In the case of the empath, their worth is tied to other’s opinions of them and in the case of the narcissist, their worth is directly related to other’s opinions of them. What differs is that the empath gains worth by being helpful while the narcissist gains value by being perceived as someone important. Therefore, the empath may seek to hide in the shadow of the narcissist so they can feel worthy without feeling vulnerable. Neither of these personalities is conducting their lives from a place of balance. Both are seeking to receive from outside themselves that which can only come from within and neither of these two groups is living from the place of their highest good; yet rather than separate them into victim and predator, it’s best to see them both as underdeveloped with regard to themselves.

Instead of looking outward to find validation from the world, it’s necessary for both groups to dive inward. Into the heart center where their connection to the Divine is anchored. Once in the heart, they must strive to let go of all of the illusions the ego has created for the purpose of growth. This means they must examine and stabilize their self-esteem. Rather than seeing themselves as worthless until validation they must learn to see themselves as worthy just as they are. The fear that they will never be loved or accepted must be seen for what it is and released so they are then able to look at themselves realistically and love themselves where they are as they are.

The path from dysfunction to health doesn’t have to be burdensome or painful but it does require honesty and commitment.

Both of these states stem from a poor self-concept that will never be corrected by looking at others for validation. The only way to heal a self that has become distorted by the ego is to go within to the quiet place of the heart. It’s from this place of peace that you will see your own magnificence and be able to love yourself as you are. 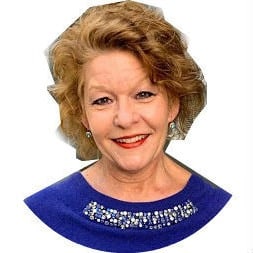 How to Eliminate Stress From Your Life