It’s really quite amazing what software engineers will get up to. They’ll spend a huge amount of time building a piece of software, only to fall down at the last hurdle by creating an interface that is an absolute disaster. And so, even though the piece of software could have been good instead it is abandoned by everybody who doesn’t understand how programmers think.

And that’s a disaster.

You can imagine a bad interface like trying to type a story on a keyboard which doesn’t work right. Perhaps the “e” sticks and gives you three. Perhaps somebody has switched the ”p” and the ”q” and you’re constantly writing ”to puit your program”. Maybe there is no “d” key at all and you’re forced to think of ways a circle using that key entirely.

And it isn’t just bad for the user experience. It can be just as horrible for your sales. Here are some of the biggest and worst examples of UI/UX problems that can really harm your sales.

No call to action

So many designers still create pages for desktops. And so, it’s not so much of a problem that the call to action is just a link or a small clickable button. The thing is, that’s no longer how most people interact with the internet. Even worse, the more people make and the better educated they are, the more likely they’re going to have a smartphone and access the internet on it.

So, by making a call to action button that’s hard to press, you’re actually going to exclude what for many apps and products is actually our most lucrative market – namely those who have money and are the most tech literate.

For that reason, the CTA has big and easy to press using a thumb.

You might think that people it’s about ‘wants’ or ‘needs’ but in truth what people are focused on when they’re using your page is getting the right results. It is, therefore, a big mistake when pages do not make it clear what is the user is supposed to do next in order to get the result they’re after.

What do I mean by that? Well, have you ever bought a ticket on an airline site and seen that bar at the top where they tell you how many steps are left before you’ll have your ticket? Those are incredibly useful as they make it clear to the user what more information is needed and give them a real feeling that they’re progressing through the process.

If on the other hand, they’re filling in a form – particularly if it’s a long one – and they have no idea how much longer it will actually take, then they’re far more likely to abandon the procedure.

For that reason, make it clear that they’re getting the results they’re after by making it clear at what stage they are and what stages remain to them.

Of course, you want to use icons. Well-built icons can be incredibly useful. After all, a picture says a thousand words. The only problem, however, is that you can’t always be sure what words they tell. And when the story they tell you is entirely different from the story they tell your customer, that’s where these icons become incredibly confusing. The big problem? You can’t be certain when that’s going to happen. This is basically down to something called the curse of knowledge. This is the idea that once you know what something means or stands for, you can’t know that, which means you can’t see the world as somebody who doesn’t have a clue what that is supposed to mean. And so, you don’t realize when an icon is confusing.

There is only one way past this impasse and really, it’s a designer’s worst nightmare. What am I talking about? Well, you have to rely on icons that people commonly know. Yes, that does mean relying on hearts, triangles and other keys that we’ve all grown used to because they’re all around us.

And no, that isn’t any fun. The thing is, it’s not really about fun, is it? It’s about selling your product. And any icon that hinders that by confusing your users is therefore bad news and bad UI/UX.

Sliders are a great idea. They allow you to give a lot of information to your users without them having to do anything. The thing is, as is so often the problem with things that are new and work well, people tend to overuse them.

The consequence of people overusing the sliders is the same as always happens when new ideas are heavily overused. People will start to ignore them. It’s only natural. So don’t rely on sliders to sell everything you’ve got. Chances are your audience will not see it.

Better to only offer a few products in this form, so that people don’t get whiplash and offer everything else in traditional web pages where people can scroll at their leisure.

Negative space – more commonly known as ‘white space’ nowadays – is the area around what you’re presenting. And it is essential if you are trying to sell a product. This is especially true as most websites are expected to be quite minimalistic nowadays. Here is the example of a greatly assembled website with no mess and perfect usage of white space.

White space is important for a number of reasons.

Pretty good reasons to have white space, right? And yet, for most designers, it seems like white space is an afterthought. They’re so busy with concepts like ‘above the fold’ and such that they just jam as much as they can into the space available.

Don’t let your sales efforts suffer from this affliction. Instead, carefully way up what does need to be there immediately for your visitors to see and what can be left by the wayside. This will significantly aid your sales efforts and – just as importantly – will let you figure out what is actually important and what is not. In fact, a well-designed web page can inform the rest of your business by letting you know what is part of the core and what is part of the periphery.

Lack of tests and updates

It is often quite easy to see where you’ve made UX/UI mistakes. There are two quick ways to discover what’s going on.

Using these two techniques it is possible to make some real progress in terms of where there are still serious issues on your page. And that’s incredibly important because one mistake can undo dozens of clever insights and improvements on your site. After all, bad always weigh heavier than good. Be it in internet sites or in relationships.

For that reason, make sure that you go back and explore your site in this way after every change so that you can see where the problems are. In this way, you’ll ever more move from a sieve to the sales funnel that you’re looking for.

So there you have it, a whole slew of things you can do to improve the UX/UI on your website and improve your sales. Most of them are small fixes that you can do effectively and quickly. You can also consult a UX/UI design agency for a more in-depth assessment. Either way, it can make a world of difference.

For each of these steps can make sure that your users feel that your site is professional and well managed – and often that will extend far beyond what they think of your site. We’re simple that way. We don’t consider everything on a whole host of different dimensions. Instead, we tend to clump everything together into one big dimension that ranges from positive to negative. 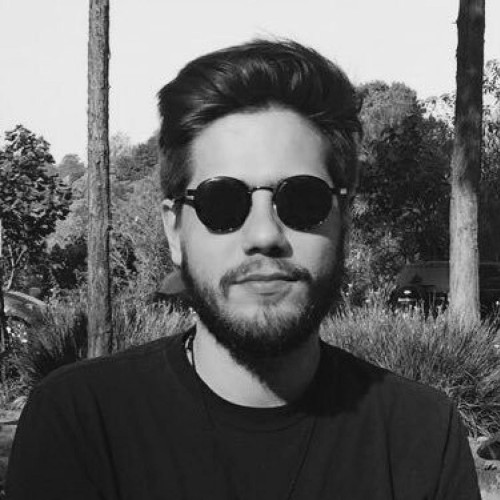