Why Are We Still Setting Our Kids Up To Fail?

The song hit a nerve with people of all generations. Parents and grandparents that wouldn’t be caught dead at a heavy metal concert, belted out the melody at house parties, around campfires, and clubs around the world. There is something so energizing about standing up, and screaming out “we’re not gonna take it”. Dig a little into the lyrics and you wonder why all those parents and grandparents we’re singing along. We’re Not Gonna Take It is first and foremost an indictment of the American way of life (although the lyrics apply in most developed countries around the globe). You see phrases like

“Your life is trite and jaded, Boring and confiscated, If that’s your best, your best won’t do”.

I was 25 when this song came out. Lead singer Dee Snider was 27. This song was the voice of an entire generation coming down hard on our parents. It was our way of saying to our parents, we’ve seen your life, and you can have it. No thanks. No way. Not me.

A generation that screamed contempt for their parents focus on “keeping up with the Joneses,” turned into a bunch of money driven, workaholics. For most of us success was measured by our ability to purchase expensive toys and the status associated with our job title. Bonus points for being married with kids. This is what life is all about. That life came with a cost. Divorce rates skyrocketed, we spent more and more time stuck in offices, and we saw an explosion in heart related deaths. Still most of us kept the pedal to the metal. We may be tired, worn out, and unhealthy, but that was the price you had to pay if you wanted a better life for your kids. For many this was the ultimate form of keeping up with the Jones. A better life for your kids.

My Kid’s Smarter Than Your Kid

We’re coming up on the time of the year when young women and men will gather together, put on black robes, and prance across a stage in front of family, friends, and total strangers. The key moment comes when the Chancellor  (another dude or dudette dressed in a robe with all sorts of colours added here and there) gives them a rolled up piece of paper and flips a tassel from one side of an upside down hat to the other. For the rest of the day, parents will rush to take photos of their children. Photos are obligatory because parents can display them prominently at home, the office, and on social media. The latter makes it so much easier to brag about what a great job they’ve done as parents. Many parents consider this moment to be the ultimate proof that they’ve done a great job as parents.

My guest  on episode 1 of Screw the Naysayers was Don Wettrick. Don spoke about the big lie. That’s the one where we tell our kids that the only path to success is through a four year degree program, preferably at a prestigious College. In most ways that is just a continuation of the systematic brainwashing that we’ve subjected our kids to since the age of 5. Go to school. Sit, down, behave, and wait for instructions. Learn to regurgitate information or processes on demand. These are the keys to good grades and you need good grades to get into college. You’ll have to borrow money for college, but don’t worry about it. When you graduate there will be a great job waiting for you. This great job will pay you so much money the loans will be nothing more than a mosquito bite. Then you can start climbing the corporate ladder, acquiring possessions, and saving money to help your kids go to college. And so the cycle continues.

Except the jobs aren’t there. Student debt in the United States now tops $1.5 Trillion. It’s a tragedy and a national (and international) disgrace. And that’s not even the worst of it. Today’s parents are talking about these issues. Most will speak loudly about the need for changes to our compliance based education system, and laugh at celebrities that are likely to go to jail for using illegal means to buy their kids access to big name universities. But here’s the rub. If you pull them aside and ask them about the plans they have for their own children, almost everyone starts naming off a particular college or degree program. Seth Godin, my guest in episode 100 says this is because parents are afraid to tell friends and family that their kids may not be going the college route.

So at this stage of my life I have one big question. Where’s Twisted Sister when you need them?

Kids, please stand up and raise your voice. The next time your parents, grandparents, aunts, uncles, teachers, driving instructors, and anyone else that asks you what your plans for the future are, tell them this:

We’ll fight the powers that be just, don’t pick our destiny ’cause

If that’s your best, your best won’t do 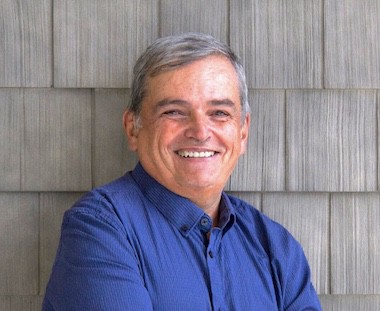 Tim Alisonhttp://screwthenaysayers.com/
FOR five years in his twenties Tim Alison was living a lie. From the outside looking in, he had it all. A wonderful wife, 2 kids, and a six-figure income. There was just one problem- he was miserable. So he did the logical thing and moved to a tiny fishing village in Nova Scotia, where he started an educational software company. The naysayers came out of the woodwork telling him that he was a complete idiot and that failure was certain. They stopped saying that when his sales topped $10 million. For Tim it was never about the money. It was about living the life he wanted. Tim is the author of Screw the Naysayers...They Suck Anyways (an Amazon best seller) and host of the weekly Screw the Naysayer Podcast. The show is for anyone who is questioning their direction in life (or has a friend or loved one doing so). Each week Tim interviews experts in innovation, entrepreneurship, and education. Together they take on an education system that is failing our kids and provide practical advice for breaking free from a system that has set us up to settle. His life motto? Know the Life You Want and Have the Courage to Live It.

Your Scars Are Your Gift

We Need To Do Better