Why Are We Forgiving Those Who Assault Us? We have all heard it; forgiveness is for yourself, not for the person who hurt you. It is so that you can be free to release the person and/or pain that accompanies it in whatever way you have been offended.

Well doesn’t that sound easy? And isn’t that just a great way to let someone off the hook! Let’s look at it this way; you assault me, I keep quiet about it because I feel guilt and shame when I did NOTHING wrong, then at some point, I have to let it go and forgive you so that I can be free from the trauma of it all.

Now that people are publicly being brought to judgment, it seems this ‘forgiveness’ idea is becoming even more popular. Let’s forgive those who are rapists, pedophiles, sexual batterers and abusing their power. Let’s remember they have families, careers and are ‘generally’ nice people. I mean they give to others, they have an amazing career (also adding to the world), they have been a good parent and so on. And let us not forget some of them have only made verbal assaults, threats and some have only ‘grabbed’ someone inappropriately… they did not actually rape them! Of course, there are the actual rapist and pedophiles who simply have a ‘disorder’ and they definitely should be forgiven because they are seeking ‘treatment’.

Here is the definition of forgiveness;

noun: to stop feeling anger toward (someone who has done something wrong) : to stop blaming (someone) : to stop feeling anger about (something) : to forgive someone for (something wrong) : to stop requiring payment of (money that is owed) (Merriam-Webster) It is also defined as PARDONING the offender and having MERCY which is defined as; noun: compassion or forgiveness shown toward someone whom it is within one’s power to punish or harm. (Merriam-Webster). Interesting because most the people who have been abused have zero power to punish or harm their abuser (and many do not seek that option as recourse).

It seems like the person being assaulted has a great deal of work to do just to forgive a perpetrator. It appears that there is much more focus on that than the real issue of WHY abusers think it is acceptable to assault others and WHAT they should be doing to take an honest look at their actions and HOW they can make amends in order to deserve forgiveness.

Healing from trauma, especially abuse, is critical to your wellbeing. You deserve to feel free to be anywhere and in any situation and feel safe. You deserve to be free of nightmares, anxiety, and depression that has resulted from abuse. You are entitled to live a life free of emotional distraught caused by random triggers related to the abuse you endured. You should seek out whatever resources help you to get to that place.

And should you forgive your perpetrator? Yes, if it will help you to heal. Yes if it is for you and not them. Yes if it will help you to move on (truly move on- not just saying it but really feeling a release). And if and when you decide to forgive the abuser, just make sure that you don’t feel obligated to do so- because isn’t being obligated to someone with power and control over you how others take advantage in the first place? And don’t feel pressured because anyone is telling you that you have to forgive because it is your choice. Lastly, do not let shame and guilt drive whatever you choose to do to heal. It’s your story. It’s yours to own and manage and shape into however you want this particular piece of it to have its finale. 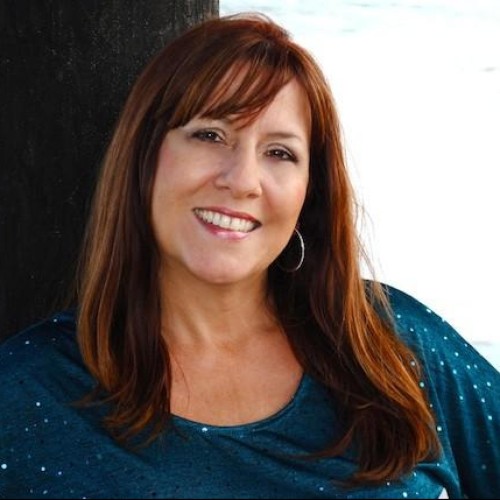 Angela Davis Schaefershttp://www.yourstorymatters.net
ANGELA Davis Schaefers is a speaker, writer and producer and host of Your Story Matters show. She speaks as keynote for organizations and at events and speaks to groups to inspire them. She is a TEDx speaker- Your Story Matters Creating Connection & Collaboration Through Sharing Your Story. Angela is author of Your Story Matters You Matter A guide to healing, learning from and sharing your story. She has also co-authored several books, writes for online publications and blogs. She has previously counseled families, couples, children and individuals, and has provided career and personal development coaching. She has worked with and consulted with various non-profit organizations, government entities and the corporate sector.