Why Are Mid-Life Women Turning Their Back on Their Corporate Careers?

I’ve been running my business now for five years. It started as a side hustle, and then two years ago, I made a move to running the business full-time. Before 2014 my contact with small business owners was limited, but now I’d realize just how many mid-lifers are working for themselves, building businesses around their passions.

At the beginning of 2016, the self-employed are growing in many Western economies. In Sweden, where I live the majority (60%) are over 45’s.

In my networks, I have had many conversations with women at a crossroads in their careers, thinking about leaping independence. And are menopause or post-menopause years are often a  tipping point in our professional lives.

Why is that?  What is driving mid-life women to want to leave corporate roles and strike out on their own? From my conversations and personal experience, these are some of the factors that have emerged:

This is not all about work/life balance, although it does play a part. If we have families then it’s a fact that women carry out an average of 60 percent more housework and childcare than men. That’s not 60 percent of the chores: it’s 60 percent MORE. I know from my own experience that coming home from work wasn’t time to relax but to start the next shift of attending to a pile of washing and a hungry child.

I and many other women who worked for multinationals are expected to dial into conference calls with their counterparts at 11 pm and turn up to work at 8 am the next day smiling and bursting with energy. That timetable isn’t sustainable in the long run.

My family commitments didn’t interfere with my corporate job. I worked five days a week, but there was this constant guilty feeling that I wasn’t giving 100% to either work or family. The move towards equality means that we have a lot on our plates and not enough time. That can lead us to de-prioritize ourselves and our self-care, which comes back to bite you in mid-life. Burnout in women in their late 40’s and 50’s is increasing at an alarming rate.

Self-employment doesn’t’ necessarily give you more time, but it has given me more control over it.

I can go for a walk or attend a yoga class mid-morning or put a wash on while I’m talking to a client. Most importantly, I wanted to decide who I worked with, when I worked, and to be rewarded fairly for my efforts. And other work factors play a role.

When I was single, I was tipped for the senior fast track in a world-leading corporation. But once I returned from maternity leave I was taken off the leadership development program because, as my senior manager said, ‘you are no longer flexible and able to take up positions elsewhere’- That senior leader was a woman. And women near there 50’s it becomes less likely that they will achieve that next stage promotion. It can lead to a feeling of being stuck, becoming bored ad disillusioned at work. Switching is also not easy as we move into mid-life. As men and women know job-hunting in our 50’s is a tough gig.

Despite best efforts by government everywhere difference in pay between men and women, the gender pay gap is not closed, even in Nordic countries. In the UK, the Financial Times reported that the median pay gap in 2018 was 11.9 percent. Every set of circumstances is different, but it’s not a coincidence that women in their 40s and ’50s are turning to self-employment in record numbers.

The digital world has brought so many new opportunities for one-woman businesses. A whole category of enterprises has sprung up, such as web designers, bloggers, virtual assistants. And many women are going into coaching or opening web-based marketing businesses.

Start-ups don’t need much investment to get going. In my case, my investment went on re-training, which I did while still employed. When I launched the business I already owned a laptop, and a mobile phone had built a network to tap into and tried to use free versions of relevant tools that I needed to run my business like Zoom, Mailchimp, etc.

Self-employment can afford women the opportunity to create a life that includes work, rather than trying to fit a life around it.

Getting closer to my sixth decade has brought with it a confidence to make braver decisions. I wish I had made a move away from employment in my 30s, but I wasn’t mentally ready for it then. The self-employed women I know are confident. They are leaders, and they want to make their mark on the world

I recognize that self-employment doesn’t suit everyone. It can be a rollercoaster ride sometimes insecure, sometimes overwhelming and even lonely.

Starting on your own requires planning. It can be hard to leave a permanent job if you don’t have savings, are in debt, or have other financial demands keeping you in your current situation. I was able to put money away before I resigned which has softened the blow.

I will love to hear from you if you’ve moved from permanent employment to self-employment and what your experiences have been? Or if you’re thinking of making a move, what’s stopping you? 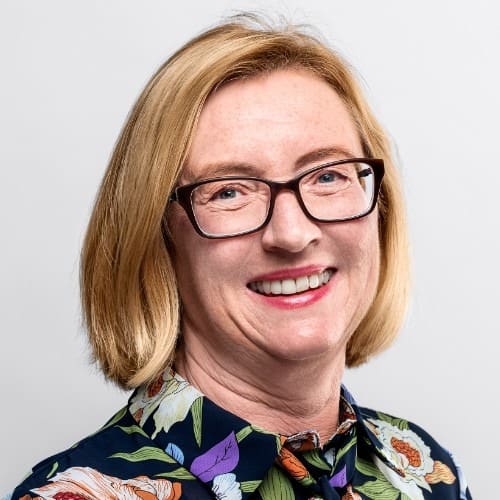 Dr. Clarissa Hugheshttps://thelittlebreathingspace.com/
Dr. Clarissa Hughes is the CEO and founder of The Little Breathing Space based in Göteborg, Sweden. She has a passion for working with busy business people through tailored mindfulness coaching to find their optimal stress levels and to be able to better navigate the demands of modern life skillfully. Her coaching empowers them to develop a higher capacity to feel clear-headed, confident and thriving in a life that reflects their purpose. Clarissa has been a senior manager in some of the world’s largest multinationals in the UK and Asia-Pacific for over 28 years. She suffered a burnout due to stress and found her way back to a calmer, more connected life through mindfulness. Clarissa is an accredited Breathworks Mindfulness practitioner, iRest Yoga Nidra teacher has experience and an academic background in human behaviour. She is a keynote speaker at leadership conferences, hosts the podcast ‘A Little Breathing Space’ and regularly appears in articles, podcasts, and radio interviews internationally talking all things mindfulness. Clarissa believes that mindfulness is more than daily meditation - it is a way of living with compassionate self-awareness so that we can truly thrive.

A Mindful Approach To Thriving Through Menopause