Rights and responsibilities go together. For example, if I have a right to freedom of speech, it follows that I have a responsibility to speak truthfully. I cannot justify slander by claiming my right to freedom of speech permits lying to damage someone’s reputation. So, with that in mind, I ask, who has the primary right to determine what children learn in school? Put differently, who is a child’s primary educator?

More than a decade ago, I developed a curriculum of poetry for use in my English classes. The poems in that curriculum are divided into two groups: poems to be memorized and recited, and poems to be studied and discussed. A few poems fit into both groups. There are measurable benefits to children memorizing excellent prose and poetry for recitation in front of their peers. (What those benefits are is perhaps a topic for another time.)

Twice since I developed and implemented this curriculum have parents objected to a poem. One father took exception to Theodore Roethke’s “My Papa’s Waltz”. Another student’s parents did not like the lyrics to “The Impossible Dream”. Why the objections? Did the parents understand the poems I’d asked their children to memorize and recite? In the first case, the father was wrong. Roethke’s poem is not about an abusive alcoholic. In the second case, the parents were wrong in their understanding of Don Quixote’s desire “to march into hell for a heavenly cause”. Quixote is not singing about literally going to literal Hell.

But whether these parents were right or wrong about their reasons for not liking my poetic choices is of secondary importance. What matters most goes back to this question: Who is a child’s primary educator? Church teaching is clear: “Since parents have given children their life, they are bound by the most serious obligation to educate their offspring and therefore must be recognized as the primary and principal educators” (Gravissimum educationis 3). In short, my authority as a teacher does not trump their authority as parents, which brings us back to the question of my first post: What’s wrong with education?

For more than a century, a major aim of progressive education has been to supplant parental authority with the expertise of teachers implementing standardized curricula delivered via compulsory public education funded by taxation. A hallmark of standardized curricula is the enforced uniformity of standards enacted by legislatures. While public education has been (and continues to be) a great good for many, the progressive insistence that state authority overrides parental authority has caused widespread abuse.

For example, federal education legislation implemented by the U.S. Office of Indian Affairs during the 1930s and 1940s deliberately sought to undermine Native American ways of life in favor of assimilating Native American children into the dominant, Anglo-Protestant worldview. The same sort of attempted usurpation of parental authority and cultural destruction can be seen in various “Blaine amendments” that sought to squash Catholic schools while at the same time leaving Protestant prayers and Bible classes intact in public schools.

Students in schools are taught to obey their teachers. Failure to do so results in negative consequences. Compliance produces rewards. With children in early elementary, these negative consequences and rewards are often tangible, immediate, and clearly linked to classroom expectations.

The implicit lesson learned by most students is that the teacher is the primary authority figure to whom a student owes respect and obedience. This can work just fine so long as teachers, schools, legislatures, et cetera do not undermine parental authority.

Unfortunately, as the Ninth Circuit Court of Appeals demonstrated in 2005, it isn’t hard to find an example of parental rights being deliberately denied.

But what about those two students whose parents objected to my poetry curriculum? What happened? Rather than trying to convince the parents that they were wrong, I explained the two main goals of the curriculum: to improve memory and to improve public speaking skills. What the student recited was of secondary importance. In both cases, the parents understood and agreed with the goals. In both cases, the parents suggested other poems to be used for their children.

And I agreed, even adding one parent’s suggestion to my poetry curriculum. 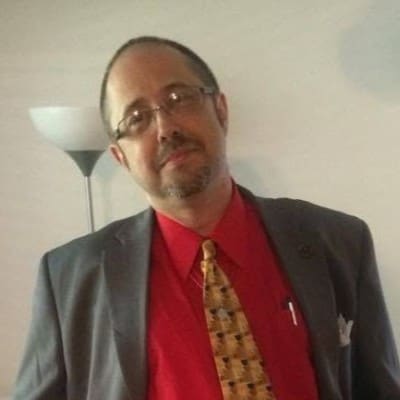 Mark L. Chance
Mark L. Chance, a Catholic convert who married his lovely wife almost 30 years ago, is the father of four children. He serves as the 7th and 8th grade English teacher in a Catholic school for boys, where he also leads the “Knights of the Mightier Pen” and “Ludi Fabularum: Games of Stories” after-school clubs. Mark has taught in public and private schools since 1996, and he holds a B.A. in History from the University of St. Thomas, Houston. Prior to teaching, Mark served eight years in the U.S. Army. In his spare time, Mark reads about educational philosophy and writes about table-top roleplaying games, all while occasionally sipping on bourbon.