When We Feel Disillusioned: What’s Really Going On?

When we reach middle age we start to ask ‘is this it?’. We’ve done so much to get the happy life we thought we’d have had by now — and yet it’s not materialised. So what’s going on? And what now?

Disillusioned adjective Disappointed in someone or something that one discovers to be less good than one had believed.

This could be anyone or anything — why is my partner/husband/wife not making me happy anymore? Why is my job unfulfilling? Why has all my development not stopped me from being triggered and reacting? Why, even with the house, pension, car, decent salary, I still don’t feel secure? Why, despite multiple attempts to manage my time, diary, and boundaries, is the work spilling out over the edges and the home jobs piling up?

We can get to this stage in life where what we’re doing isn’t making sense and we start to ask why and to look for other routes to the happiness we’ve been told we should have by now.

This is why disillusionment is a common experience for people around age 30–50 because we’ve done so much that society says we should, we’ve seen the same annoying or upsetting patterns pop up again and again, and we’re still not happy.

My client said it perfectly the other day when she reflected back on where she’d been when we started our coaching work:

I was ready for change — I wasn’t happy with how things were and I was thinking there must be another way.

Being unhappy with life is at the core of disillusionment — what we thought we’d have by now hasn’t materialised and we’re confused and disappointed and unhappy — and this experience can appear no matter what we’re doing, no matter how rich or poor we are, no matter whether we have a family and friends or not, and no matter whether we’re run off our feet or we’re at home with no work. When we experience this disillusionment we can take one of two paths — we can keep looking outside of us and dive further into the content of life, or we can look within to understand why we’re feeling like this and where happiness and fulfillment really are.

From that level of thinking it makes sense that we’ll try to find more, new or different objects or people because these ones aren’t working.

Looking outside makes perfect sense given what we’ve been brought up on. We’ve been conditioned by parents, educators, friends, family, and the commercial marketing machine to find happiness in objects and people, as well as being taught to blame those same objects and people if they’re not bringing us the happiness we expected. From that level of thinking it makes sense that we’ll try to find more, new or different objects or people because these ones aren’t working. And so the stereotypical mid-life crisis activities make perfect sense — if I get that sports car, if I get that different partner/husband/wife, if I work twice as many hours, or no hours, if I drink to make the unhappiness go away — then I’ll be happy.

If you’ve gone down that route you’ll have found that there’s still something missing. It’s designed brilliantly like that because life really wants us to discover…

It’s not about the objects and people in our lives — it’s about our inner experience. This conversation takes us in the opposite direction to the way we’ve been brought up and it’s the route to the real happiness we’ve been searching for because we are designed to have a happy life — just not by using the outside world to get there.

Everything that’s ever been annoying, frustrating, or upsetting in our lives has in fact been a signal to turn around and travel within.

So if, like my client, you’re ready for change, and another way, this is the other way.

What’s brought us to here?

What’s essentially happened all our lives is we’ve gathered rules to live by. Western society favours rules because it’s believed they bring certainty and control. Having certainty and control makes perfect sense given this society also emphasises the idea of self; it’s all about me (and my tribe) and getting on and getting ahead and staying certain that I’ll get what I think I need to be OK, and staying in control so I at least look I’ve got this life thing down, I look like I’m handling it. In gathering these rules we’ve gradually narrowed the path of possibilities in the outside world — only these kinds of people, those others annoy me. Only this kind of work, there’s progression/money here. Only this kind of holiday, those others just aren’t me.

And we’ve gradually narrowed the path of possibilities in the inner world — every time you or someone else says ‘I’m the kind of person who…’ — that’s a sign of a narrowed path. An idea of limits has been placed down in the mind and taken as truths.

Limit is not who you are. You are limitless, unbound potential.

We don’t look at babies and say ‘oh they’re the kind of person who…’ we look at them with wonder and love and feel joy at the possibilities that lie ahead of them. They could be and do anything! That is who you are too. But we’ve come to accept that we don’t stay like that. It’s considered the norm that you ‘find out the kind of person you are’, what you like and dislike, what you’re good at, and terrible at, and then you follow those rules. Gradually screening more and more out of your experience of life because ‘I’m the kind of person who…’; imagining that your wellbeing relies on those rules.

But you’re not. You are not the kind of person who anything! It’s an idea — an idea that’s been believed as true and attached to as an imagined source of security.

Again, that makes sense. When we were young, we collected all these ideas. We saw that our caregivers would provide love (or maybe at least attention, even if it was a telling off), food, and shelter if we did what they wanted, and so we kept doing those things and are still doing them today. We also kept doing the things that got us in trouble because at least that attention was evidence that we were included and belonged to a tribe i.e. ‘I’ll survive if I’m with others’.

If you were praised as a kid for your school work, then chances are you’re finding yourself still working hard today. If you were told off or rejected for being dramatic, emotional, or sensitive, then chances are you’ve spent your life trying to control and manage your emotions. If you were given attention and love for what you did and not for who you are prior to your words, ideas or actions then (like the vast majority of the western world) you believe your worth lies in how well you speak, take action, and come up with ideas.

All of this rule-creation of ‘what will keep me safe’ happened in the presence of an ever-strengthening idea of ‘me’ as a separate individual and it led to an entanglement of ideas of self-worth with ideas of self-identity — all of it taken as truths and absolute requirements. And it’s been OK, we’ve navigated life from here. Fielding off the ‘not me’ and welcoming the ‘like me’, seeking the ‘needed’ and resisting the ‘not wanted’.

But over the years, ideas have kept being added in around the edges and taken as new rules to live by — and this is where things have become too confusing. Now, the mechanism of the mind that we’ve relied on for so long to navigate life has become overloaded with conflicting rules.

So much inner conflict, so much inevitable confusion. 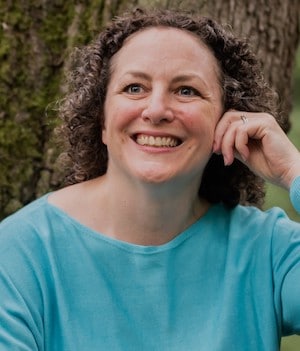 What’s Really Going on With Coaching?