When “Queer” Was a Slur: My Early Brush With Transgender Identity

The image below is a Promotion for a transgender art exhibit in November 2013. At right is a charcoal self-portrait by the late transgender artist Roberta Dickinson. Courtesy of the William Way LGBT Community Center in Philadelphia. 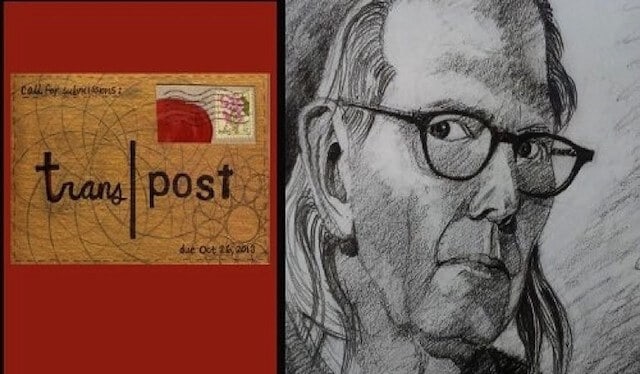 The other day I referred my wife to an op-ed I’d just read in The New York Times that highlighted distinctive differences between people like me, who were born on the early end of the Baby Boomer spectrum, from 1946 to 1953, and people like her on the younger end, from 1954 to 1965. Social Commentator Jonathan Pontell, it turns out, had coined the term “Generation Jones” in 1999 to distinguish the latter group as a temperamentally aggrieved cohort who never experienced the invigorating, unbridled freedom and idealism of their immediate predecessors and thus were left feeing cynical, bitter and overshadowed, at a perpetual disadvantage in the race to keep up with the Joneses among their older brothers and sisters.

When I pointed out to my wife that the author of the story, New York Times contributing writer Jennifer Finney Boylan, was a transgender woman, she informed me that she’d read Boylan’s memoir, “She’s Not There: A Life in Two Genders.” Suddenly, a memory from the formative years of my early Baby Boomer journey came rushing back to me: my first brush with what was then a rare and taboo topic: transgender identity.

As a freelance writer for an alternative newspaper in Philadelphia in the mid-1970s, I was assigned to cover a transsexual art exhibit staged at a sex paraphernalia shop. There I was to meet and interview an artist named Robert Dickinson, a middle-aged man in the process of becoming a woman, who sought to convey his internal and external transition in a series of charcoal drawings.

Although German doctors had completed a couple of “sexual reassignment” surgeries in the ’20s and ‘30s, the phenomenon was pretty much unheard of in the United States until George William Jorgenson Jr. from the Bronx underwent hormonal replacement treatments and a series of operations in Denmark in 1952. George made the transition to Christine and returned to America, becoming an instant celebrity. I recall seeing her on the talk show circuit when I was young, charming audiences with her feminine good looks, poise, and theatrical bearing, as she forged a trail as an ambassador for the then-widely unknown and generally shunned transsexual (as it was known then) community. Not until the early-to-mid-1970s did another transgender person gain notoriety in the United States: Renee Richards, an ophthalmologist and tennis player who competed as a woman in the 1976 U.S. Open.

I had heard of both of them, but neither was more than a fleeting curiosity in the totality of my life experience with human sexuality and gender identity. A couple of effeminate boys in high school had crossed my path; kids called them “sissies,” or “fags” — the word “gay” didn’t even come into conventional usage in the mainstream media until the mid-1980s. When I graduated from high school in ’69, same-sex attraction was still considered a mental illness by the American Psychiatric Association.

One time when I was watching figure skating on TV with my father back then, I vaguely recall him commenting that Dick Button, a former Olympic and world champion of the sport and highly regarded analyst, was “a bit of a queer.” That was no doubt because of his so-called “gay lisp” — the exaggerated pronunciation of sibilant consonants commonly associated with homosexual men — and the persistent rumors that male figure skaters were often homosexuals. I never gave my dad’s offhand comment another thought until writing this story, when I googled Dick Button and learned that he was among five men attacked with baseball bats by a gang of teenagers in Central Park in 1978 that left him with serious nerve damage and permanent hearing loss in one ear.

Out of My Depth

When I walked into the Philadelphia sex shop at a moment that could not have been very far removed from that attack, my ignorance of the topic at hand could not have been more vast. A quintessentially cisgender, binary, gender-normative male at a time long before you needed to resort to the LGBTQ Glossary of Definitions and Meanings or choose a preferred pronoun before completing a standard medical form at the doctor’s office, I was about to dive into a discussion of sexuality that was way over my head.

I remember writing that it felt like some sort of line of demarcation between the simply intellectually prurient and the downright depraved.

Roberta Dickson was not what I’d expected. At 6 foot 4 and over 200 pounds, her head shrouded in an obvious gray wig and her formidable male body cloaked in a gray pullover sweater and dark wool, below-the-knee skirt, she offered me a huge masculine hand in greeting. When we began to talk, her speech did not betray the tiniest feminine affect. Her charcoal drawings, depicting in gauzy figures the progression of a male body transmogrifying into a female one, were displayed on one side of the shop and separated by a stanchion with velvet ropes from the whips, chains and other assorted sex paraphernalia on the other side. I remember writing that it felt like some sort of line of demarcation between the simply intellectually prurient and the downright depraved. My great awakening, like America’s, was still decades in the distance. But on that day, Roberta Dickinson gently guided me in my first baby steps toward the light.

She explained the sense of deep inner conflict that had tortured her since childhood, she couldn’t shake the sense that she was a little girl who’d somehow emerged from her mother’s womb as a boy. She lived with those painful psychic knots within her identity, never feeling comfortable in her skin, or her body. Yet she plodded through life, studying art and architecture and through the inexplicable hand of fate winding up in the U.S. Army. Upon Robert’s discharge, he found a woman partner willing to take the dominant sexual role in their relationship, and they ultimately married. But that didn’t quench Roberta’s desire to go further and to become the female she felt she truly was. Anything else would leave her in psychological bondage.

But it was all part and parcel of the hormonal, physical, psychic, and total existential ordeal that Roberta Dickinson had committed herself to in order to become who she truly was.

Both Robert and his wife, Meg, were upstanding members of the Friends community — a Quaker religious society. After their separation and my story, havoc ensued for both of them in their community, and especially for Meg, who was mortified to see herself described in the press as a “dominant woman.” But it was all part and parcel of the hormonal, physical, psychic, and total existential ordeal that Roberta Dickinson had committed herself to in order to become who she truly was. She went on to use her talent as an artist to convey her transformation from male to female, to teach art at Drexel University, and to live as a woman.