So you have a plan. It’s all worked out in your head and you know exactly how,  when, and what to do. You just can’t seem to find the time to get around to it. There are so many times you sit to execute a plan and something comes in the way or you are distracted. Maybe you need to study more on what you want to do, read or research more on it, watch some more videos of how to, discuss it with others and get feedback or opinion, and when you finally park yourself in front of the task at hand, you are distracted by hunger or a cute animal or remember to return a phone call/text or order something online, even sit and contemplate on life.

After what seems like an eternity when you finally resign to the task at hand, you want a break because studies say you need to stretch and not sit too long at your desk, but it’s been only five minutes on the clock, yet you still do it. Also, that it-will-take-a-minute-to-order-it has been an hour as amazon had a sale going on, that phone call another hour, and while you are on the net you decide to read about other people’s success stories and share it (and of course, there’s an advertisement there since you researched about them before), you mindlessly Instagram reels, Twitter and follow the right people, your Facebook posts could inspire thousands to get their butts moving, you become the “go-to” for others who have a dream, you are filled with advice and guidance…in short, you KNOW everything!

If just by the way you planned, studied, researched, consulted, and thought it through, you should have achieved your goal by now and been a huge success. But nothing has moved. You have been fuelling what you felt is inadequate about you and went around plugging all the gaps in getting started. What if that was never the problem to begin with? You have always been enough, always known enough, always felt you could do it. Then what stopped you?

In our bid to buy time and delay our own success, we use our greatest weapon. Procrastination. In the past, you have had chances to see success swiftly once you decided to move and make a choice or take action, that things transpired or got created. It gave you a sense of your own power and potency to create. And once you created it, you had to maintain it, and be responsible for it, and maybe it restricted your time, space, and energy in some way and then you felt it became a burden of sorts or you didn’t feel like doing it anymore, and you regretted creating that thing so big, and although you got to been seen as successful, you didn’t care about that so much anymore as this was now a burden.

Your direct experience of this at some point in your life or a close brush with someone who went through this, inspired you to keep applying the brakes to your own success once again.

When success is seen as a burden, responsibility, given enormous significance to, or possibly one has experienced it for a period of time and understands it as hollow, we systematically begin the process of sabotaging the next action that we know will lead us to success.

I have this client who I’ve known for 13 years. He did something purely for fun around a decade ago and for some reason, it went viral. He was then requested to do the same for others and people began throwing money at him for it. It was all fun. He was hard broke at the time, newly married with a baby along the way. He jumped in. For many years he loved the creative process and everything about it. It is now a full-fledged company with offices in 4 countries and still growing. Around 3 years ago he went through a divorce, was detected with a life-threatening illness, got addicted to certain substances, and went into depression. He tried to slow down his business. A year ago he admitted it to himself and me for the first time, “I created a monster and I try every way to stop it from growing in the form of illness, addiction, personal battles, monetary issues, poor staff retention, saying no to extremely influential clients, making poor friends and if that’s not all, now being clinically depressed.” He is fed up, tired of the success and wants to run away. I told him, “you have two choices, go all out or sell” After much contemplation, there’s a new surge of energy coming for him and he’s chosen to go all out, setting up branches in many more countries and suddenly finds that these other issues that delay things, are sorting themselves out.

I am sharing this story because it highlights wonderfully how we procrastinate our own success. While sometimes a creative idea or a business idea will come through you for sure without asking your permission and you are expected to jump right in, most often ideas require your full participation. In these instances, we get way more opportunity to thwart our own success. For example, writing a movie script requires a lot from the writer initially till the story and protagonists are breathed life into and get mature enough for the story to be dictated to the writer. If this process is not followed through as a discipline, it dies its own death.

Discipline is the procrastinator killer. It is the antidote to it and the medicine for success. It is also the ultimate in self-love and self-care.

Hence much abhorred and avoided like the plague. Especially if you fear success.

Procrastination is sometimes so subtle that we miss seeing it. We are only left to wonder why things are not taking off like they should have. But if we start to get self-aware and observe much of our time we spend on going away from where we desire to go instead of towards it, we may be in for a rude shock. Asking yourself the question, “Is this going to take me where I want to go” is a good one to remain in check. Some other questions are “is putting my time and energy into this going to be productive to my creative process/business/work/task?” or simply “Am I trying to wiggle my way out of success with what I am doing right now?”

I also invite you to examine your definition and story of what it means to be successful. If you are already successful as per your definition of it, find out if you are still having fun. If you can think back as to how it all started for you and recall the state of mind you were in at the time, you may realize that you were a lot lighter and flowing when you first began. And as the years passed, it got way more serious. It is this level of seriousness, gravity, and significance that starts to make us see our own creations as a burden and responsibility. We desire the money, name, fame, glory, etc that come with it, but an eye only on that takes us farther away from the actual process of committing ourselves to something greater than us and allows it to steer us to surprising spaces and places in our lives.

Nagging thought forms such as the ones below are the key to you not making success significant enough to begin procrastinating.

“I cannot believe I got this, so let me quit now while I have this much, if I try some more, I will lose it…” (fear of failure)

“if this is how it’s going to go, I won’t be able to do this every day and it’s too much responsibility, let me wait some more time..” (fear of success)

So what IS the way out?

When you relax about being a success and it doesn’t matter so much now, you will find that being in an experimental state of play will actually open you up to lots more without it ever being burdensome. It can also teach you some of life’s greatest lessons as you are open to learning so much more. Eventually, evolve to become that being that you know is within you but has been refusing to surface. Give him/her permission to do so now. It’s time, don’t you think? 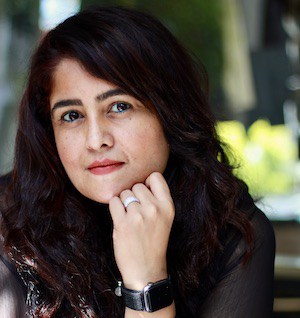 Aditi Nirvaanhttps://aditinirvaan.com/
A multi-passionate Therapist, Coach, and Facilitator for over 16 years with clients in India and around the world, Aditi Nirvan is an expert in harnessing the highest potential in a person, whether it is to do with their feminine power, life purpose, business or creativity. She is also an entrepreneur, abstract artist, writer, and start-up investor and brings the core elements and energies of these diversified streams into her main work. Other than being certified in over 15 modalities like Jungian Shadow Work, Energy Medicine, Meditation and Spiritual Practices of Advaita and Tai Chi, Eating Psychology, Mindfulness, and lots more, Aditi additionally trained in Feminine Power Facilitation under Dr. Claire Zammit, Dr. Jean Houston, Marianne Williamson and many other renowned powerful women from 2019 to 2020. She has also been trained in Online Business for Coaches and Facilitators by Jeanine Blackwell and in Copywriting and Content Writing by Marie Forleo. She brings these deeply transformative, life-changing tools and strategies in her programs specifically designed for women all over the world to express their true potential and make an impact in the world. “Igniting Potentials”  is her own brand of a 40-day coaching program for conscious and ambitious women at career crossroads looking to create their greatest work, have an impact in the world and make a profit. A former classical Indian dancer, an abstract artist, and a Yogini, Aditi works best with creatives and service-based entrepreneurs. An advocate for taking your power back, wholehearted living, a fan of the brave and courageous against the odds, and living with lightness and laughter, Aditi dives deep into the real and raw of everything, preferring to use her creativity, sense of humour and an extensive background in meditative practices to make profound changes in the game of life. Aditi’s goal is to have women waking up to their highest potential and changing the world while having financial freedom.