I‘ve been called ‘very competitive’ more than a few times in my life, so while I watched the closing of the Tokyo 2020 Olympics recently, I reflected on my own Competitive Nature.

It is true, I am very competitive, especially in sports. Whatever it is that I am playing: Tennis, Basket-Ball, Racket-ball, Volley-Ball, Dragon-boating (you name them, I love all sports), I will not leave the playing grounds without having given 1000% of my energy to it. I sprint like a madwoman to get a ball, but I don’t do it because I MUST win (although who doesn’t want to!), I do it because I LOVE to push my own boundaries, to surprise myself when I do get to it!. To me, it has nothing to do at all with the other person. I don’t let ego get in the court at all, and I know that’s my competitive nature. I will never have a bad day because I lost a match, or get really upset about it. Maybe sad or disappointed if it was a high-stakes competition, but never mad, nasty, or aggressive.

I once broke up with a boyfriend because he literally squashed his tennis racket on the floor, while playing with ME! Are you kidding me? Our true nature shows in competition and is usually the ego who is at the driver’s seat.

How refreshing was it to see during the Olympics, high-jumpers Gianmarco Tamberi from Italy and Mutaz Barshim from Qatar deciding to share the Gold Medal after they drew first place after competing? Someone driven by Ego wouldn’t have shared the Gold, but as Barshim told the press: “This is a dream come true. It is the true spirit, the sportsman spirit.” That is an attitude that comes from abundance, not from scarcity. If they could both have Gold, why wouldn’t they?

Another inspiring moment was when Spanish runner Ivan Fernandez helped Kenyan Abel Mutai realize that he had stopped running before actually crossing the finish line by pushing Mutai to victory.

A very Curious reporter later wanted to know from Fernandez:

′′ My dream is that one day we can have some kind of community life where we push ourselves and others to win” Ivan replied. The reporter insisted ′′ But why did you let the Kenyan win?”

′′ I didn’t let him win, he was going to win. The race was his. He was the rightful winner. He created a gap that I couldn’t have closed if he hadn’t made a mistake. As soon as I saw he was stopping, I knew I wasn’t going to pass him.” The reporter insisted and asked again, ′′ But you could have won!” Ivan looked at him and said, ′′ But what would be the merit of my victory? What would be the honor of this medal? What would my mother think of that?”**

I believe that Ivan Fernandez is very clear about what his competitive nature is. Sportsmanship and values above all. Doing the right thing and inspiring others to do the same. Being objective even when the outcome doesn’t favor him. His dream of creating a community life where we push ourselves and others to win seems a bit more achievable because of what he did, and because there are indeed people like him in this world.

I believe that a good question to ask ourselves is if our competitive nature works to our advantage or not? Does it help us to be better or worse human beings? I know that when I want to get the ball at all costs, or when I work really hard at whatever professional task I have ahead, I do it to meet my own expectation and to raise my own bar. I will never do anything outside of my morals and values to win. I don’t compete with others, and if others do compete with me, that’s their own issue to deal with. I will not let whatever negative energy they generate in their own competitive quest, impact me. If I am in direct competition is only with myself, and I do strive to be better than any previous version of myself without compromising my well-being or my true essence.

** excerpt from an interview posted on-line 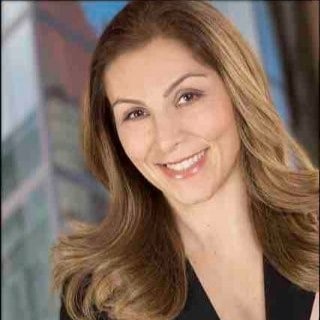 Leticia Latinohttps://www.leticialatino.com/
With over 20 years of experience in the Telecom Industry Leticia Latino went from working for Merrill Lynch and Telecom Giant Nortel Networks to accepting the challenge of extending the legacy of establishing her family business in the US back in 2002. Neptuno Group was originally founded by her father in 1972 in South America where they helped deploy some of the first Cellular Networks in the region and where they have built over 10,000 Towers. Leticia is a recipient of the Women in IoT award by Connected Magazine, Revolutionary CEOs by Aspioneer, and one of the 30 most influential Leaders in Tech by Insight Success. She currently serves as a full member of the Federal Communications Commission’s Broadband Development Advisory Committee (BDAC) and as the Chair of the Job Skills and Training Working Group. ​In addition, Leticia is a published author and a contributor in a broad variety of blogs, and her book “Women in Business Leading the Way” became an Amazon #1 Best Seller. She’s also a public speaker, mentor to young women, and a big advocate of nurturing “Human Connections” through her Back2Basics Podcast.

Back to Basics: A Beacon of Positivity