Think about a disagreement you’ve witnessed others having or one you’ve been in yourself.

Which way did it go?

Did you end up in a polarised stand-off or an out-and-out conflict? Or did both sides see the situation through new lenses that led to opportunities neither could have envisaged beforehand?

Recently I’ve had the privilege of studying up close what makes the latter more likely in a Sector that’s renowned for its adversarial culture: Construction. Here’s what I’ve been noticing:

Some believe conflict is the natural way of things. Weaned on narratives such as life is about the survival of the fittest and is a zero-sum-game they understandably see situations in win-lose terms. Consequently, they show up in negotiations and decision-making discussions with the goal of making sure they win. That is their unquestioned norm, it’s “the way things get done around here.” And it matters because their reputations and careers have been built on these foundations.

Others see disagreement as a sign of failure. Steeped in the notion that working relationships should be harmonious, differences are swept under the carpet, or avoided altogether so as to “preserve a positive atmosphere.” Typically, values such as respect, compassion, and community hold this approach to life in place.

When in the presence of people who think in these different ways I find it helps to normalise their experience. By that, I mean recognising that any one of us is capable of being in either camp depending on our backgrounds and the circumstances before us.

For example, I recently found myself saying “It seems to me that whenever we-humans come together to get stuff done, disagreements about the why, when, what, how, and who are inevitable. We can all approach these questions from either a competitive or harmonious frame of mind. That’s what minds do.”

The impact this invariably has is it reassures those I’m trying to help. No one is being blamed for whatever their preferred approach happens to be. To label one as weak and the other strong serves no purpose. Each, after all, is only acting according to the thinking that makes the most sense to them.

Having laid the foundations for a blame-free dialogue, I get permission to build curiosity about those thinking habits that parties to a disagreement are living from. Gentle probing into how a person feels about a disagreement often reveals trains of thought they themselves were unaware of but which inadvertently drives their behaviours.

For instance, while there are many different trains of thought unique to different individuals, three common ones include:

Surfacing these hidden thought patterns helps team members see why they experience disagreements the way they do: usually as a stress more than a stimulus to new ways forward. It offers up the possibility that their fears, concerns, and frustrations stem more from the lens through which they interpret others’ behaviour than what others actually say or do.

Most importantly though it makes contemplating this question both possible and easier: what if your train of thought isn’t true in every situation?

People are quite capable of finding new answers themselves

The what-if-it’s-not-true question, asked in a blame-free-and-curious setting, can be a bit of a game-changer. It can free people to find new answers that shift the troubling feelings they’re experiencing.

For instance, if I take time to dwell on the fact my emotions about a disagreement stem not from what others do or say but the out-of-sight, habitual and innocent way I think about that, my need to project troubling feelings onto those I disagree with diminishes. Instead of blaming others for causing my difficulties and searching for yet more evidence to prove my troubling feelings are right, I start to wonder what trains of thought I might jump off so as to a) not feel this way and b) move things forward.

Try this on yourself.

Suppose you lived from the three trains of thought described above which, on the whole, left you feeling helpless, resentful, and at arm’s length in a key relationship respectively. Any difference or disagreement that arises when you’re in these emotional states is likely to loom large, reinforce what you thought all along and make matters worse. But what if you spotted the thoughts driving these feelings and subjected them to the are-they-true test.

Might your helplessness over changing the status quo for the better look different?

Could the metaphor of servant to a master shift to one that’s more equal and recognises mutual interests?

And what if relationship building was seen as integral to great performance, not its by-product? Might that pave the way to apologise for previous unintentional behaviour and develop a new modus operandi going forward that might previously have seemed unimaginable?

Some practical downsides and upsides

I notice the if-not-true question doesn’t always work on the first outing or subsequent ones.

Though deep down we know we can place our attention wherever we want, any one of us can be so steeped in a particular reality, questioning its truthfulness can seem threatening at first. This is especially so if sufficient reassurance and curiosity has not been built and someone believes there is an alternative I’m trying to impose or otherwise influence them on: the so-called “hidden agenda.” Helping people see the thought-created reality they’re living from has to be agenda-free to overcome this. Also, it’s more an iterative process than a quick-fix one.

Despite these limitations and uncertainties, creating space for people to open up to new thinking of their own has a lot of potential upside.

Imagine if negative emotions could no longer hijack people’s behaviour and instead provoked curiosity about seeing situations through clearer lenses.

Envisage teams welcoming differences as an integral part of their norm: rather than let disagreements divide them they’ve crafted ways to use them as stimulants to greater performance.

Might this be the kind of culture people love being around because it helps them be at their best?

Let me know about your practical experiences of turning disagreements into opportunities. 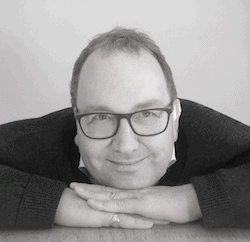