What To Do When Your Project Is Bound to Fail

Project management comes with many different duties and responsibilities that you need to juggle at any given time. Whilst you’re constantly in motion moving from one task to the next, it can be surprisingly easy to lose sight of the big picture.

Too often it will only become apparent when it is too late to do anything about.

Noticing that a project is in difficulty, or in the worst case scenario doomed to failure, is often the most difficult skill of all. Too often it will only become apparent when it is too late to do anything about. You’ll then see that rather than admitting there is a problem straightaway people will attempt to push on despite overwhelming evidence that doing so is not the most productive course of action. So, what can you do about it? Take a look at the following four step process that will enable you to take control.

This may sound a little counterintuitive but when you want to be able to see the big picture you need to stop moving and get a clear view. If you’re continuously chasing deadlines that have slipped and trying to get reports written then you’re still very much caught up in the here and now. By stopping and surveying the project as a whole you’ll soon be able to get a sense for the true direction that things are headed in.

This is probably the most difficult step to take because it requires you to take a look at every aspect of your project and demand accountability from you and your staff. There’s no use trying to apportion blame so that you can absolve yourself of all responsibility. All that will do is mask the real root causes of the situation whilst alienating your staff.

To understand why you’re failing there are a few really important things that you need to do:

These three steps will allow you to shed light on what has gone wrong so that you can begin to move forward. The most important thing is that you avoid the age-old habit of explaining away every short coming. Whilst you don’t want to demoralize your staff by being overzealous you will need to be direct, specific, and to the point. If you try and explain away every failure and delay then you’ll never be able to move forwards. Leave the excuses to one side and deal only with the facts and you’ll find that you can take things forward in a much more constructive manner.

Treating a failing project like an emergency situation is the best way to turn things around. If you get every single person involved to attend every single meeting and read every memo then things will soon grind to halt and all progress will cease. The way forward is to create a dedicated task force to learn the lessons and move things forward. With these kinds of ad hoc teams the general rule is that smaller is better; with the final number being largely determined by the scope of the failed project and the size of your organization.

It’s not constructive to have everyone who worked on the project on the task force because that will only slow things down. What you want to do is have a core team that have license to delve into any area they see fit and liaise with all of the parties who had input into that area of the project. Involving a couple of experienced people who didn’t work on the project is also an important thing to plan for if possible. Because they don’t have a personal attachment to the project and haven’t been involved in the back and forth over the preceding months they’ll be able to bring a new level of objectivity to the table.

The ultimate goal of the task force should be to create a concise and precise summary that details how your organization can move forward in a positive direction. Findings, analyses, and recommendations should all be included in a report that summarizes everything in plain English. This type of precision in the printed word can be hard to achieve so you may consider a service such as Trust My Paper where you can hire a technical writer to put the finishing touches to things. Give it some thought and make sure you get it right because the task force’s report will set the tone for the way you move forward.

The final step is to take a structured approach to implementing the corrective action(s) that were deemed necessary in the previous step. The nature of these actions will be specific to your project but they will typically be one of the following general outcomes:

The key thing to remember here is that the success of the corrective action depends almost entirely on your ability to create full buy-in amongst your staff. By taking a constructive approach to realigning the project you will be able to improve morale whilst taking the project in the right direction.

By taking stock, learning lessons, creating a plan and realigning expectations and resources you will be able to rescue a failing project. 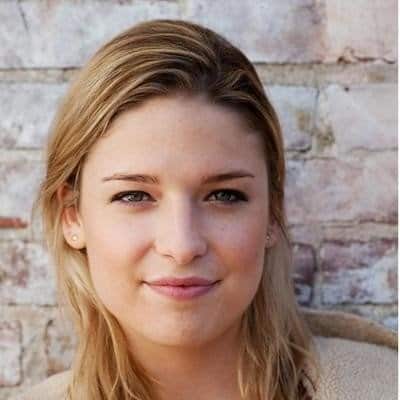 Marie Fincherhttps://www.trustmypaper.com/bloggers/mjfincher
Marie Fincher is a content writer at TrustMyPaper with a background in marketing, technology and business intelligence. She frequently writes about data science, BI, new marketing trends and branding strategies. Marie gradually changed her focus from working in marketing to writing about it.