What Procrastinators & Overachievers Have In Common

A few weeks ago, I had the opportunity to listen to Jonathan Manske present to a group.   I always enjoy the Cerebral Sanitation Engineer.  He helps me get the garbage out of my head.  As our group interacted, something interesting revealed itself.

Procrastinators and overachievers are much more alike than not.  They just respond in different ways to the same message, “I’m not good enough.”

When we are under stress, we all know about fight or flight.  We seldom talk about the third option, freeze.  Procrastination is the freeze that happens when we feel overwhelmed.  Whereas, overachievers tend to go into fight mode and take action.

As I sat with this discovery, I started thinking of my past clients.  I found this core belief to be at the bottom of the actions of, I’m guessing, 80% of them.  It didn’t matter on which end of the spectrum they sat.  If they were procrastinating, it was because they were afraid of making the wrong decision, afraid of what people might think of them if they failed, or even if they didn’t do what was expected of them.

If they were overachievers, they were also often afraid to fail, afraid of letting others down, or letting themselves down.  In both cases, they often sought approval from outside themselves.

I then took a good hard look at myself.  As a 20-something, I worked in Corporate America.  I rose from a mailroom clerk to the company’s youngest project manager handling the first attempted data migration in its history.  It was before there were document management systems.  They were still figuring it all out.

We were going to move every drawing we had from every format onto computers and go paperless.  I took on a seemingly impossible project no one else wanted just for the chance to prove I could.   I worked 70-80 hours a week.  We finished that project on time and on budget.

When I realized my options were limited, I left and promoted myself into the best company in town.  My family was incredibly proud of me.  I was making more money in my mid-twenties than my father made at his retirement only a few years earlier.  Yet, it wasn’t enough.  A year later, after a promotion, I was already planning my next move up the ladder.

I was strategizing my plans with a friend.  I was still working at least 50 hours a week, and I was constantly stressing about my reviews.  I couldn’t seem to do enough to satisfy my manager.  In my mind, I was failing.  My health was suffering and so was my marriage.

I’ll never forget my friend turning to me and saying, “Lynda, when are you going to get that you are enough simply because you were born?”   I didn’t know how to respond.  I was dumbstruck.  I started to cry.

My entire life, I was trying to live up to an image I had of what I was supposed to be, in my career and my marriage.  I realized I didn’t even like my job, or the company, (or me for that matter).  I was just doing what everyone expected.

I was literally dying to make a living on other people’s terms.  I realized I had to take the risk of being vulnerable, of taking a chance, and even of failing if I was going to find my calling.  I had to walk away from my high paying job and remove the golden handcuff that kept me locked in a cubicle. 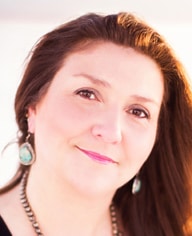 Lynda Colter-Berghhttp://www.bottomlinesconsulting.com/
LYNDA Colter-Bergh is the CEO of Bottom Lines Consulting and is a practical business consultant. Her passion is to help small businesses succeed. She starts by making sure her clients aren’t wasting money with their merchant services account. It’s one of the fastest ways to free up cash flow. She then focuses on the day-to-day struggles of the business, combining of her experience and her intuition to identify new options and opportunities. Lynda helps businesses identify their key differentiators, target markets, niches, sales opportunities, marketing materials, channel partner programs and prides herself on her ability to foresee potential issues, overcome obstacles, and create new avenues for income.

8 Steps to Ensure You Own The Business & It Doesn’t...

Introducing ‘And’ To Your Vocabulary Can Make You More Insightful &...