What is True Wealth?

For the last few months, there seems to be an increased focus on making more money. ‘Earn 6 figures!’ seems to be everywhere, and now you even see people selling their services mentioning ‘Want to earn 7 figures?’

It looks like this ‘obsession’ is more prevalent in the US or North America. In Europe, I don’t often see or hear people say that they want to earn 6-7 figures. Yes, of course, people want to earn money. They want to earn enough to provide for their families, buy a nice house, a nice car, go on holiday, etc. But we do not have this constant focus on earning a X figure.

As I reflect on what has been happening for a year now, I truly wonder if people realize what is real wealth.

Governments have taken measures that would have been considered ‘impossible’ before 2020. Entire supermarket aisles emptied out at the beginning of the Covid-19 situation. Recently, we have also seen the damages the weather can cause (like in Texas). And I cannot help but wonder: What would happen if suddenly, the supply chain would be broken? What would happen to all these people earning a 6 or 7 figure if they could not buy some food? What would happen if they could no longer heat their houses? For sure, solidarity between people would probably increase, and people would help each other, but how long would they be able to do so?

When I speak to some of my friends who live in warm countries close to the equator, they do not have much money. Often, they do not have a job. And yet, with everything that has been going on, I more and more believe they are wealthier than me. I live in Luxembourg, in the middle of Europe, where winters can be really cold. This means that a lot of the money we have is spent on keeping the house warm and buying warm clothes to ensure we don’t freeze. In these warm countries, they do not have to deal with these issues. They do not have to worry whether they’ll be warm enough. For my friends who live close to the sea, they can go and fish and grow their fruit and vegetables in their garden. They do not have to worry whether they will have food tomorrow as they are not dependent on supermarkets and full supply chains.

Let me take an extreme example to illustrate my point: think of two persons who would live on an island. One would be ‘rich’, i.e. he would have one million dollars. The other would have no money, but a mango tree. Who would survive the longest? The first person would be hungry and would tell the second one ‘How much for a mango?’ The second person could simply reply: ‘One million dollar’. He would give the mango to the first person until the next day when the first person would be hungry again (and have no more money) … and then what???

When you put things into perspective, you realize that true wealth is often not how much you earn or what you have on your bank account.

It’s about having your basic needs filled and not having to worry about tomorrow, whether you’ll have food on the table and a warm place to live. It may be time that we, people in the western world, need to pause and reflect on reality, and re-look at our priorities. Literally “Food for thoughts” … 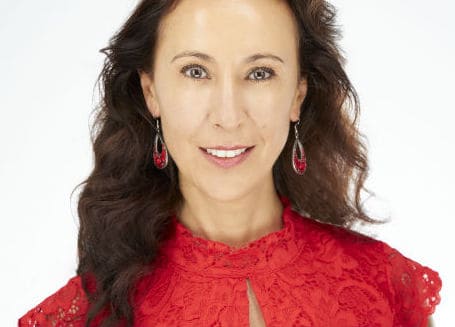 Virginie Lemayhttps://vlv.coach/
Virginie Lemay is an international Leadership Trainer/Coach/Consultant based out of Luxembourg. She is originally French but has been an expatriate for more than 25 years. She fluently speaks 5 languages (French, English, German, Dutch, and Italian) and has lived in 6 different countries. With more than 20 years experience leading international/virtual teams, Virginie is a true advocate for Diversity and Inclusion, She worked in senior leadership roles in big international organizations such as Amazon. Virginie combines her two passions (training/coaching and dancing) and helps people Succeed in the Adventures of Leadership and Self Assurance (SALSA). She basically turns professionals into global leaders by improving their communication, international leadership skills, and confidence. Virginie is also the author of the book "My revenge on life", where she shares how to become the leader of your own life and flourish in the midst of seemingly hopeless circumstances. You can find more information on her website and LinkedIn listed above.

Message to My Younger Self