What Is The Meaning Of Recurring Dream Images & Themes?

BY Layne Dalfen
Do you remember rote in school? Rote is a repeat. Read it, write it, and recite it. Read it, write it, and recite it. That’s how we learn. Our dreams give us rote as well. Your subconscious wants to make sure your conscious gets it. Rote happens during the same dream, or in dreams that span the night, and can happen over a period of days as well. A simple example of rote that I use in lectures is, if I am trying to tell myself I am scared about something, in one dream of an evening I might dream about a ghost. What does that mean for me? It means I’m scared. Later in the same night, I’ll dream I am standing on the abyss of a cliff. What does that mean? It means I’m scared. Finally closer to the morning, I’ll dream about my Grade 5 teacher. What does that mean? It means I’m scared! So all these completely different images are all me saying to myself I am scared. To help me uncover what current issue the dream is addressing, all I need to do is ask myself, “What am I feeling afraid of?”  Let’s examine how some images, themes, and/or a plot can repeat over a period of weeks or months; sometimes even years!

When a life issue is strong, dreams over a period of time often reflect the same theme. The same storyline or plot repeats over and over; only the symbols change. Other times the same symbols and variations return frequently through the years in recurring dreams. If this has ever happened to you, you might recognize the setting of these types of dreams and have said to yourself, “Here it comes again.”

Sometimes, a new element breaks into the familiar scene. In the end, though, at a moment of growth, the theme yields to a new feeling. It is important to figure out the meaning of a recurring theme dream because the mere fact it repeats is the indication your subconscious is trying to call your attention to solving the problem!

Here is a series of several dreams Carrie described having over a period of months that illustrate a running theme about control. Notice the degrees of Carrie’s loss of control in each dream. And take notice too of the movement in her feelings about her loss of control.

In the first dream, she was absolutely unable to get a piece of chewing gum out of her mouth. Funny, we saw that similar dream a few weeks ago from another dreamer! But here, Carrie told me she felt like she was unable to get the situation under control. She described she couldn’t “get rid of” the gum.

In the second dream, Carrie searched endlessly for a washroom. Some had no doors; some were very dirty. She said there were many women around. In a spa or gym setting, she couldn’t find a toilet that worked, so she just urinated out in the open. Carrie’s main concern here leading up to her loss of control was wondering why she couldn’t find a toilet that worked. I said, “It sounds like you were expecting something to work, that should work.” Carrie added, “And then feeling the frustration that it doesn’t!” In this dream, her “loss of control” had a sense of relief attached to it, even though it included some embarrassment or exposed feelings.

In the third dream, Carrie watched an airplane blowing up in the sky from a distance. I commented that in this situation she was only an observer; I also pointed out to her in this dream story she really has a lack of ability to control the situation. Of course, there is nothing we can do if we find ourselves standing on the ground watching a plane blow up the sky, right?

In the last dream, Carrie found herself in an elevator that went out of control, and she described it “didn’t stop at the appropriate floors.” In this dream, Carrie said she was advising the people in the elevator to hold on. Although they did not listen to her, she braced herself and didn’t even get hurt! Carrie felt so proud she had looked after herself! See how in this situation she was able to take care of herself while something else went out of control?

Sometimes the movement of an elevator between floors in a dream is taken to represent a transition between two states of consciousness or identity.

With some insight into Carrie’s life story, we can see the progression in her thought. Here’s what Carrie revealed about her situation in waking life. Let’s see how her dreams mirror what was really going on for her. After being with the same boyfriend for years, Carrie had recently realized she was in the wrong relationship. She had come to decide she wanted to end it. But Carrie felt concerned, because her whole family, and his too, were “expecting” them to marry. Everyone thought they were the “perfect couple.” The gum represents the fact she felt “stuck.” Like the relationship, the toilets “we expected to work,” were “not working.” She couldn’t find a place to urinate in private, because the family would, of course, find out she wants to break off the relationship! Yet, Carrie decided to “pee” anyway in the dream. This mirrors the fact she had decided to “relieve herself” of the weight, in other words, to tell the family. She imagined the family’s reaction would be “explosive.” This explains the dream of a plane blowing up. And see how in that dream things were completely out of Carrie’s control, and she was only observing the action?

In the last dream, Carrie had discovered how to “brace herself” and survive, even though events around her are out of control. For example, if her parents decide to freak out because Carrie has made a decision she doesn’t want to spend the rest of her life with her boyfriend, there is really nothing she can do about that, is there? What is she supposed to do, marry the man just so her parents don’t “blow up?” And who cares if they look great together? It’s not a great idea to marry somebody just for the picture.

We can see how Carrie has done some changing about her fears also by the fact she is an active participant in the final dream, not an observer. She’s in that elevator advising people to brace themselves, not just standing and watching like she was in the dream when a plane blew up.

So as you can see, looking at a series of dreams that have a main theme can really teach you to notice how you’re moving along on a certain subject.

Carrie went from feeling so totally out of control, having that big wad of gum stuck in her mouth to knowing how to totally take control of her destiny, to actively bracing herself (like she did in the elevator), and telling her parents she was breaking off with her boyfriend. 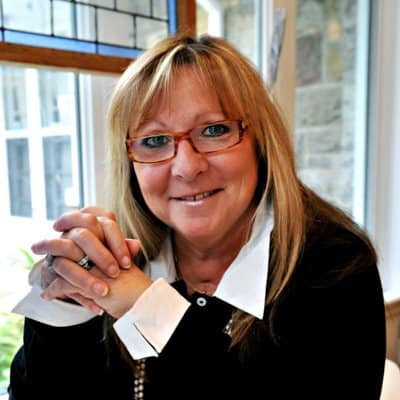 Layne Dalfenhttps://thedreamanalyst.com/
Layne Dalfen has been teaching dream analysis to the Counseling students at Concordia University in Montreal since 2004. She has a monthly column in Oprah Daily titled Dream Catcher, in Psychology Today titled Understanding Dreams, and in Hampton Sheet titled Dream On. Layne founded The Dream Interpretation Center in 1997. Her interest in dreams stems from her early experience in Freudian analysis where dream work was the primary tool. She later studied at The Gestalt Counselling and Training Center in Montreal, and Adlerian principles of dream analysis at The Alfred Adler Institute. She has been a member of The International Association for the Study of Dreams (IASD) since 1997. Layne’s core message is how the solutions to our current problems appear to us first, through our intelligent, unconscious mind. If you understand the conversation that is the dream, you can propel your problem-solving skills. In her books titled Have A Great Dream, Book 1; The Overview, and Have A Great Dream, Book 2; A Deeper Discussion, Layne teaches a 6 Points of Entry system she developed that anyone can use to uncover meaning in their dreams. Layne’s goal is to introduce the general public to the value of understanding the language of our sophisticated unconscious mind. Her Internet site goes by either the same name as her books, have a great dream, or the more recent, the dream analyst.

Sexual Dreams: What’s Your Mind Revealing To You?