What is the #1 Thing Stopping Me from having More Charisma?

–THE CHARISMA CHRONICLES: EPISODE #9 OF 10

I must really apologize. That headline is so misleading.

Did you come here thinking I was going to tell you just one thing to stop doing? Did you think that by stopping doing that one thing it would unleash your charisma and overwhelm your audiences like the Roman Army overwhelming its opposing armies in Gladiator?

At my signal, unleash hell.

Allow me to explain.

So why did I write that cruelly deceptive headline and risk losing all the trust we’ve built up to date? Well, there is one thing you should definitely stop doing if you want to develop more charisma. The twist is it more about how you think about learning charisma. It’s not about how you implement it.

The #1 thing stopping you from having more charisma is following bad advice on charisma.

Most books and articles about charisma exhort you to develop certain traits or perform certain charisma-enhancing behaviors. The problem with this approach is without understanding the underlying mechanism that generates charisma, this is really hit-or-miss.

Copying someone who has an intangible quality like charisma will not make you more charismatic. It will just make you a cheap, soul-less copy. Let’s take George Clooney for example. And me.

Let’s say I drink the same coffee as George. I dress like him. I change my speech to sound and talk like him. I emulate his smile, his walk, and his hair. Well, perhaps a wig since I’m bald, but I digress.

Ask yourself, if I make 1000 modifications to look and behave like George Clooney will I suddenly possess his charm and charisma? Will Stacy Keibler or Amal Alamuddin be impressed by my Clooney-ness?

Of course not! You know this.

So stop falling like Charlie Brown for those Top 10 lists of things to start doing to have more Charisma.

I love a good underdog or success story just as much as the next guy, but hearing about how someone else developed and deployed charisma is of limited value to me unless that story reveals the deep, underlying principles of charisma. In most stories, you hear a lot about strategies and tactics. The problem with that is strategies and tactics only work when used in the right scenarios. Richard Branson’s scenario is not my scenario. We are vastly different in terms of geographical setting, background, ability, access to resources, luck, a moment in time you name it. So unless his story contains the universal principles that I can try to apply to my own situation, the primary value of hearing his story is inspiration. I’m not going to be able to start an airline, a record company, etc. using his formula for success. That’s just silly.

So now that you’ve stopped doing things that won’t help, what should you do instead? Do whatever it takes to generate more charisma as defined below:

Charisma is the ability to sense, and ultimately deliver, exactly what is most needed from an emotional perspective in a given moment.

Anything you do to get you closer to being able to do the above will help you move the charisma needle. Everything else may help nominally, but is mostly a waste of time because you are not targeting the actual charisma-generating mechanism, which is based on emotional connection and in a way, leadership.

If you do this, you will be well on your way! I hope to cross paths with you someday because I love a charismatic person. 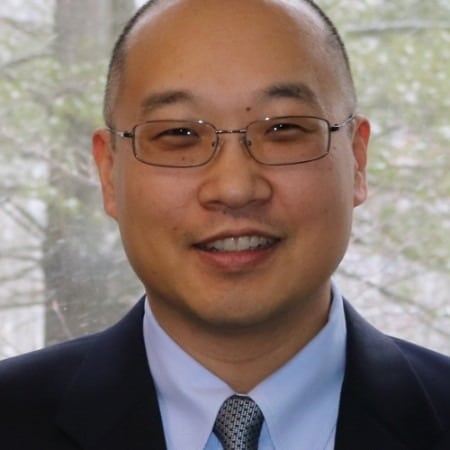 Joe Kwonhttps://www.joekwonjoe.com/
JOE, the Connection Counselor is the host of the "Why It Works" podcast and author of the "Unlock Your" series of books. Whether coaching busy professionals or inspiring audiences, his goal is to help you unlock the best version of yourself. A student of Aikido, self-help book junkie, and shaved head proponent, Joe spends magical summers at Hogwarts and dreams of kokyunage. He is the founder of JoeKwonJoe Coaching, which focuses on teaching universal principles through embodied learning. Joe holds a B.A. in psychology from the University of Virginia, a J.D. from Georgetown University, and lives in New Jersey with his family. Joe’s first book, Unlock Your Charisma includes a ground-breaking definition of charisma that finally reveals the actual mechanism that generates charisma. If you can’t explain how something works, you can’t get more of it! Read more about it in his ThriveGlobal article: How to Develop Charisma — for real.

Do Asians Lack the Charisma Needed to Lead?

Can Charisma be a Bad Thing?