What is Psychological Safety and How do we Create it?

What is the Definition of Psychological Safety?

What is psychological safety?

Psychological safety is about being able to act and engage in a team without fear of negative consequences.

Amy Edmondson, who is a frontrunner researcher of psychological safety, defines it this way (1999: 350):

A shared belief held by members of a team that the team is safe for interpersonal risk-taking.

Psychological safety is thus about the assurance that no team member will be humiliated, laughed at, or punished for posing questions, speaking up with ideas, concerns, or mistakes. With William Kahn, it is about ‘daring to engage oneself without fear of negative consequences concerning neither one’s self-image, status or career’ (Kahn 1990:708)

Creating psychological safety is about giving candid feedback, openly admitting mistakes, and learning from one another, says Edmonson in a podcast for Harvard Business Review.

Team Psychological safety is thus about a shared belief that the team is safe for interpersonal risk-taking.

Originally, when conducting her research, Edmonson expected cohesive teams to make fewer mistakes than other teams, yet – to her surprise – her research showed that cohesive teams make as many mistakes as any other team. This may strike us as ‘counter-intuitive – that is, the opposite of what one would expect.

What she then realized is the following: the better team is the one that dares to talk about mistakes – it shares experiences across team-mates so all learn from each other’s experiences. Trust is, therefore, a major contributor to the creation of psychological safety.

The better team is the one that dares to talk about mistakes and share experience for others to learn from.

Clearly, failing to facilitate an environment of psychological safety is a costly business for any organization. The reality of such a situation is that when you are heading for an unsuccessful project, organizational change process, or any other disaster – employees keep their heads down in fear of repercussions and none dares to speak up. While some may initiate a quiet whisper, a Gallup research report tells us that in the U.S., for example, only three in ten employees feel certain that their opinions count (Gallup 2017).

Summing up the above, we need psychological safety to ensure high performing teams resulting in creative input, innovative ideas, and engaged employees.

The problem is that our brain simply does not like the idea of ‘sticking our neck out’ where a semi-toxic boss or a competitive co-worker may turn down our ideas before we are done expressing them. It puts us in a fight-or-flight mode. So to protect ourselves from retribution and fear of failure, well…we stay silent and become disengaged.

Google Research of What Makes a Good Team

Google did a huge study to see what differentiated great teams from not-so-great teams. Listen to Professor Edmondson explain in her own words what Google’s research revealed, why it surprised her, and what she learned from it.

Google research shows us that trustful team members take turns when communicating and give all involved the opportunity to speak. Moreover, the best teams demonstrate an ability to read and recognized each others’ feelings.

How Do We Create Psychological Safety?

It takes great leadership and management to create psychological safety. As Edmondson points out in the video, ‘it can be very powerful when a leader apologizes for not having made it safe in the past’. It is always the leader’s responsibility to ‘go first’ and not blame employees as in ‘why didn’t you come to me’ and so forth.

When blame is replaced with curiosity and listening, then a constructive path moving forward is opening up.

Blaming others is the easy way out, holding others responsible for actions, and it essentially fuels further tension and leads to defensiveness and disengagement (Psychology Today). 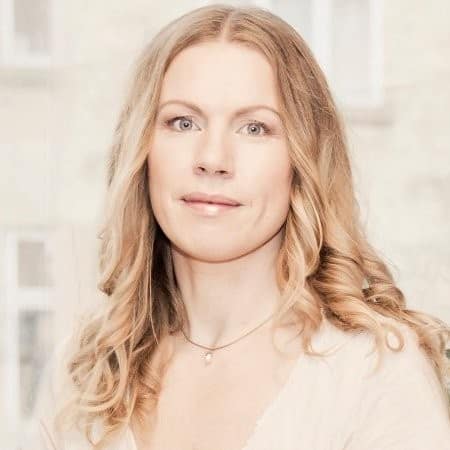 Vibeke Vad Baunsgaard, Ph.D.https://managemagazine.com/
Vibeke is Founder and CEO at ManageMagazine. Entrepreneur, lecturer and Honorary Research Associate at the University of Technology Sydney. Sociologist and Ph.D. in Organization Studies and Innovation Management. Passionate about facilitating a positive research impact through knowledge sharing and professional networks, an impact that will allow people to live out their highest, truest and fullest expression of themselves.

Why Are Freelance Consulting Jobs So Popular?

How To Kill Or Increase The Motivation Of Your Employees