What Is A Blockchain Token? 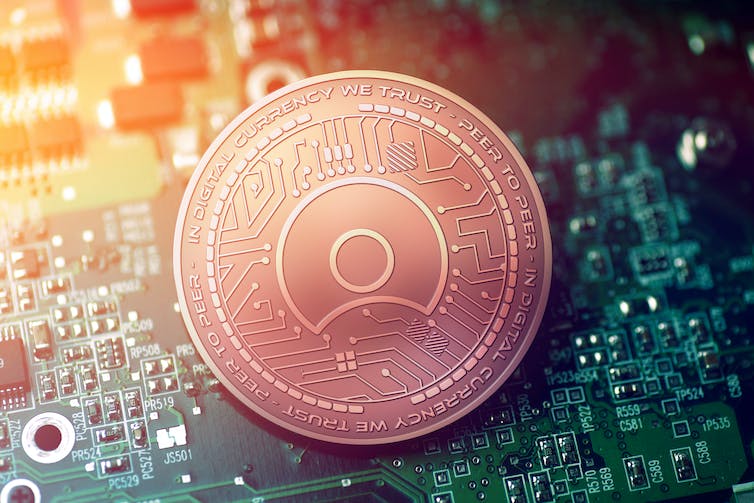 People are just becoming acquainted with the idea of digital money in the form of cryptocurrencies like bitcoin, where transactions are recorded on a secure distributed database called a blockchain. And now along comes a new concept: the blockchain-based token, which I’ve been following as a blockchain researcher and teacher of courses about cryptocurrency and blockchain tokens.

In the last 18 months, digital developers have raised more than US$20 billion through a funding process called “initial coin offering” – many of which use tokens. There are two common categories of them: “utility” tokens and “security” tokens.

Utility tokens are essentially cryptocurrencies that are used for a specific purpose, like buying a particular good or service. For example, if you want to store information online, the most common way today is to become a customer of a hosting service like Google Drive, Dropbox or Amazon Web Services. You reserve a certain amount of storage space on those companies’ servers and pay for it with dollars, euros, yen or other national currencies.

But there is another way. The Filecoin network, for instance, expects to provide similar cloud storage services without itself operating buildings full of massive servers. Instead, its users will store their data, in encrypted form, on the spare hard drive space of other regular people. This needs a different form of tracking of how much space a person uses, and a new way to pay all the people whose hard drives host the data. Enter the utility token, in this case called Filecoin.

As a customer stores more data, the network will deduct from their balance of Filecoin tokens and will send those tokens to each storage provider based on how much data they’re hosting. Customers can buy more tokens with whatever currency they wish, and hosts can exchange them for any currency they choose – or keep them to spend on storage of their own data.

In addition to automating the data use and payments, Filecoin tokens offer another advantage over regular currencies: They can be used in much smaller increments than pennies, so prices can be very accurate.

Filecoin’s goal is a cloud storage system that is as trustworthy and secure as commercial operations, but decentralized. The utility token is simply a tool that makes this approach possible.

A security token, sometimes called a “tokenized security” or a “crypto-security,” is more than a currency – it often represents ownership in an underlying real-world asset. Like traditional stocks or bonds, they’re regulated by the U.S. Securities and Exchange Commission. Regular securities are tracked either on paper or – more likely these days – in a centralized database. Security tokens use a blockchain system – a decentralized database – to do the tracking of who owns which assets.

Using blockchain-based security tokens expands trading beyond regular bankers’ and stock-market hours, and may enable faster finalization of transactions. In addition, a marketplace based in software that allows smart contracts can automate various aspects of regulations and reporting.

Security tokens make it easy for customers to access multiple investments: Just as a single E-Trade investment account can keep records for a variety of different stocks and bonds, a blockchain-based digital wallet can do the same for a range of different security tokens, representing equity, debt and even real estate.

Neither kind of token requires its own blockchain, the way the bitcoin and Ethereum cryptocurrencies do. Instead, tokens can outsource their ownership accounting systems, attaching them to preexisting blockchain ledgers. This in effect creates a new subledger, say of the Ethereum network’s ledger, just for that particular token. Every user who sends a token that is tracked and recorded on Ethereum pays a small transaction fee to the Ethereum network to validate the transaction.

Tokens are still at an early stage of development. I expect to see lots of innovation around how to use them for years to come.