What if We Approach Our Failures like a Business?

If things are not failing, you are not innovating enough

Several months ago, we watched proudly the historic mission as SpaceX launched two NASA astronauts into orbit. For the first time, NASA has launched its own astronauts since the end of the space shuttle program nearly a decade ago.

Before this successful launch, SpaceX had endured many failures: In 2006, the first SpaceX launched failed just 33 seconds after lift-off due to a rusty nut. In 2007, in the next attempt to launch, the engines shut down prematurely and the rockets failed to reach the orbit. After that, more failures, and the company almost went out of business in 2008 until an outside investor (Peter Thiel) stepped in.

Successful businesses experiment with new ideas, learning from failures until they find a winning concept. Then they repeat the process again and again.

They innovate and grow by focusing on the process, not the outcome. Moreover, they build the company culture around failing forward. They do not judge performance by the outcome. Rather, they value contribution to the process of collaboration, creativity, and critical thinking.

We admire business leaders for persevering through failures, but we seem to be afraid of our own failures, whether it is working for the next promotion, switching careers, or building relationships. For many of us, the fear of failure is deeply ingrained within our psychological being. It was instilled upon us by our upbringing, culture, and life experiences. We were led to associate failures with shame and a lack of capability, both detrimental to our self-confidence. That fear of failure could cripple us, preventing us from making good decisions. We would rather live in stagnation than taking the first step towards progress. Why is that?

That is because, unlike growth-oriented businesses, we tend to judge ourselves on the outcome, instead of the process. Outcomes are uncertain and out of our control, but we let that control us. A good outcome could boost our ego, and we feel elated temporarily.  On the other hand, a bad outcome could crush our ego, making us doubt our abilities.

We have given too much power to something we cannot control. What if we become less detached to the outcome? A less than desirable outcome is never good news. But we don’t want to make it worse by letting that judge our abilities.

We should view outcomes as a stop on the journey to improve our abilities, instead of a verdict on our innate intelligence. That’s the “growth mindset” we need to develop. Carol Dweck, a professor of Psychology in Stanford University and author of the best-selling book “Mindset”, says our abilities can be developed through hard work and dedication. Dweck worked with many great athletes, high achievers, and businesses. What they have in common is that they do not let outcomes judge their abilities. They focus on improving the outcomes, without worrying about what other people think about their abilities.

To detach the outcome from the belief of our own abilities, we could also try to view any endeavor as a bet. Humans hate being wrong. Admitting a mistake is an assault on our fragile ego.  If we bet the outcome is certain, our ego is bruised when it turns out differently. But if we approach everything like a bet and accept that outcomes are always uncertain, we will remove the burden of proving we are right. That will help us make better decisions.

Annie Duke, a professional poker player and a holder of World Series Poker Gold Bracelet, knows that no matter how much she has improved her game, luck and chance always play a part in the outcome. That is true not only in poker games but also in everything we do in life. “In fact, every choice we make in life is a bet: from the job we take to the appetizer we choose at dinner”. Duke discusses this philosophy in length in her book “Thinking in Bets”.

Businesses also think of their growth initiatives as bets. In planning meetings, it is common for executives to ask, “What are our big bets this year?” Without betting on big initiatives, business will stop growing.

So is life. In life, if we want to push our boundaries and achieve something meaningful, we need to take bets. Bets are inherently uncertain. But when we have the right mentality about failures, just like a great business, we will keep growing.

So… what is your next bet? 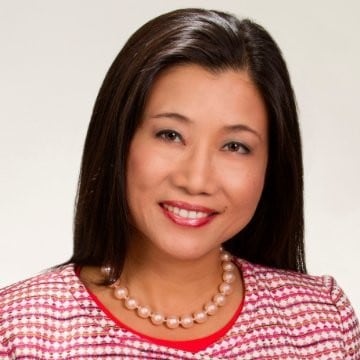 Could We See Children for Who They Are?