This chronicle is yet another break from the storytelling of Toothpaste Chronicles, volumes 1 – 4. Like those stories, I wrote this with you in mind, especially as we approach this Christmas time of year.

It is (I believe) the most important question you and I will ever answer. And we will all answer it. Jesus said if you aren’t for Him you are against Him” (Matthew 12:30), so to not decide is to decide.

God did not want an army of robots, so He gave us a free will with which you and I have the ability to outright reject Him as, in fact, most do. I say ‘most’ with sadness, acknowledging what Matthew, Chapter 7, verses 13 and 14 tell me, which is that the gate is wide and the way is easy that leads to destruction, and those who enter by it are many, and the gate is narrow and the way is hard that leads to life, and those who find it are few. According to that, most people do not believe Jesus is who He said He was.

Society says there are many paths; believe what you want as long as it doesn’t hurt anybody. But the Bible offers no middle ground. Jesus said He was (and is) the way, the truth, and the life, and that no one comes to the Father except through Him (John 14:6). We humans (those of us in the Western world in particular) do not like to be told we can’t do it our way (note the popularity of Sinatra’s, ‘I Did it My Way’). To those who believe as I do, that the Bible is, in fact, the word of God, eternity hangs in the balance.

Scottish Christian preacher “Rabbi” John Duncan, and Watchman Nee made an argument which was popularized by C. S. Lewis, speaking in 1942 (and published in Mere Christianity in 1952). The argument goes like this…..Jesus was either a liar or a lunatic or the Lord. Christ either [1] deceived mankind by conscious fraud, or [2] He was Himself deluded and self-deceived, or [3] He was Divine.  Lewis gave the argument its most memorable formulation:

“I am trying here to prevent anyone saying the really foolish thing that people often say about Him: I’m ready to accept Jesus as a great moral teacher, but I don’t accept his claim to be God. That is the one thing we must not say. A man who was merely a man and said the sort of things Jesus said would not be a great moral teacher. He would either be a lunatic—on the level with the man who says he is a poached egg—or else he would be the Devil of Hell. You must make your choice. Either this man was, and is, the Son of God, or else a madman or something worse. You can shut him up for a fool, you can spit at him and kill him as a demon or you can fall at his feet and call Him Lord and God, but let us not come with any patronizing nonsense about his being a great human teacher. He has not left that open to us. He did not intend to. . . . Now it seems to me obvious that He was neither a lunatic nor a fiend: and consequently, however strange or terrifying or unlikely it may seem, I have to accept the view that He was and is God.” (Mere Christianity, 55-56)

Jesus asked a lot of questions. Query was one of His favorite teaching tools. One of the questions Jesus put to the disciples was “Who do you say that I am?” (Luke 9:20). This question drew out a response that is instructive to all of us. The context of Jesus’ question is important: “Once when Jesus was praying in private and his disciples were with Him, He asked them, ‘Who do the crowds say I am?’ They replied, ‘Some say John the Baptist; others say Elijah; and still others, that one of the prophets of long ago has come back to life.’ ‘But what about you?’ He asked. ‘Who do you say I am?’ “Peter answered, ‘God’s Messiah’” (Luke 9:18–20).

Matthew’s gospel relates that Peter did more than just identify Jesus as the Christ; he also proclaimed Jesus’ divine nature: “You are the Messiah, the Son of the living God” (Matthew 16:16).

By this time, the disciples had seen many miracles, including the raising of a widow’s son, the calming of a storm, the casting out of many demons, and the feeding of 5,000. The disciples knew that Jesus was more than a prophet; He was absolutely unique; He was, in fact, God in the flesh. God had opened the disciples’ eyes to see Jesus for who He truly was.

Asking a question, as Jesus did, demands engagement promotes thinking, and draws out a considered response. So, allow me to ask you…..”What if?”

When wrestling with that question, Pilate, when the mob thrust Jesus before Him demanding His death, gave in to their demands. Many make the same crowd-pleasing mistake today. Societal tide runs strong and few are those who choose to swim upstream. It is becoming more and more unpopular and politically incorrect as time goes on.

God has placed eternity in the heart of everyone (Ecclesiastes 3:11), atheist, agnostic, and everyone in between, intrinsically we know there is more after this life is over. God promises that we will find Him when we seek Him with all our heart (Jeremiah 29:13).

During this Christmas time of year when many of us celebrate the birth of Jesus Christ, my hope and prayer is that – if you have not already done so – you will continue to seek after the truth and not be satisfied until you find it. All else in this life is a cheap imitation of the true peace and joy that can be yours. 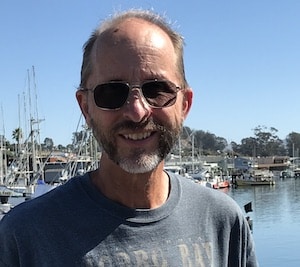 What Do You do in Times of Trouble?