What Do The Stars Have In Store For You?

Have you ever wondered about why you are here? Why life has taken you to where you are now?

Jeff and Julie (their friends call them the J Team) dated in high school, broke up, found each other in college, finished law school and got married and had a beautiful baby girl Samantha, All was good until the accident. Jeff, Julie, and Samantha ( they called her Sam) were coming home from Sam’s 6th birthday party at the beach when a truck driver (later found to under the influence) swerved into Jeff and Julies lane and hit them head-on. Jeff and Julie and Sam were taken to the hospital Julie had a broken collar bone and ribs, Jeff head and upper body injuries, Sam died from numerous injuries. The truck driver  “not a scratch on him”

When they were released from the hospital Jeff and Julie buried Sam and tried to get on with their life but the memories of Sam kept getting in the way. They went to counseling at church but it just did not help. They were on the verge of getting divorced when something happened.

They were stunned. The surf sounds stopped and all was completely quiet.

They took a walk to the beach one evening, the same beach where Sam’s birthday party had been held. It was the first time they had been there since the tragic accident. Julie had suggested to Sam they go back there she had no clue why. Sam agreed and they went. The sun had long since set when they arrived and they stood looking at the sky over the water and listening to the surf sounds. Jeff said “quick look at the star formation Julie…” She looked and could not believe it the stars seemed to form Sam’s face.  They were stunned. The surf sounds stopped and all was completely quiet. Julie and Jeff just stared at Sam’s face or what they thought was her face. Then the face disappeared, they looked at each in disbelief other and held each other close.

Once they were home they still could not believe what they saw. The next night they went back to the same spot at the same time and once again the face appeared in the stars but this time they both thought they heard a voice saying “she loved them and wanted them to love each other forever.”

Jeff and Julie are still together and they have another child… His name is SAM and he is 2 years old. They take Sam to the beach and look to the stars with wonder searching for “the face” it never appeared again but in Jeff and Julie’s mind Samantha is watching and is happy for them and her brother named after her.

Did you ever wonder why you are here and what brought you here?

What do the stars have in store for you? 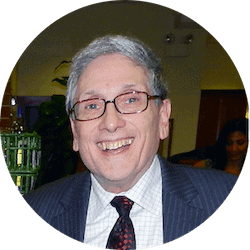