What Can You Buy For An Imaginary $1 Million?

The quick answer is – a whole slew of great ideas. And, surprisingly, those ideas might not cost much at all — in real dollars. Here’s how I came to this insight.

Decision Toolbox is a 100% virtual company, so our annual all-staff meeting is hugely important. At a recent one, we organized into tiger teams, small cross-functional groups of people who brainstorm intensively around a specific topic. Each group had the same topic: if you had $1 million to spend on improving the company, how would you spend it?

We certainly don’t have a million bucks lying around, but the tiger teams went into high gear and filled a dozen flip-chart pages with some great ideas. Once the leadership team consolidated all those ideas, we realized that 80% of them could be implemented without spending a penny. The ideas included process changes, time management tips, performance motivators, and more. And no team spent the entire $1 million.

Removing the limitations and confinements of the brainstorm opened the idea floodgates. Think about it: imagine you went into a tiger team meeting and said, “We have $3000 to invest in improving the company. How should we spend it?” Before the creative juices even start flowing, you’ve put a box around everyone’s mind. They’re focusing on cost rather than ideas. Even if you encourage them to think outside the box, you’ve already got a box.

Granted, with $1 million, you still have a box. But for most of us, a million-dollar box is so big that just about anything is possible. If you are an $80 billion global corporation, you might need to use $1 billion for this exercise, and lucky you. One way or the other, the goal is to eliminate any boundaries or restrictions.

A couple of extra value-adds: this approach makes the exercise fun, as no idea is too crazy — and we heard some crazy ones. In addition, brainstorming is a team-builder. Not only do people feed off of one another’s energy and become more and more engaged, but they also gain a glimpse of each other’s thinking and values.

So you could say that spending $1 million is free. The ideas you get, however, may be priceless. 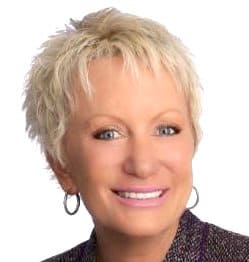 Win The War For Talent