You’re job searching or helping a friend job search. Your position may have been eliminated, you or they were caught up in a cut-back.  Yet job after job ad you review states a degree requirement; eliminating you from consideration –  although you may all be searching for a job for which you are well qualified, in an industry you had been steadily and competently working for years, without a degree. Now you’ve been without a job for two years or more. That said, you would now be considered a ‘hidden worker’ according to recent research from
Harvard Business Review.

That said, consider this.

According to recent research by Fuller, Langer, and Sigelman – posted in the Harvard Biz Review – early in the 2000s, a significant number of employers began adding degree requirements to the descriptions of jobs that hadn’t previously required degrees, though the jobs themselves hadn’t changed. The trend — sometimes known as “degree inflation” — became particularly pronounced after the Great Recession of 2008-2009 the Harvard research shows. Degree inflation is a well-known tactic for saving time and money by shrinking the number of qualified applicants.

Several years later, leaders in government, business plus community-based orgs – having hiring issues brought about partly because they’d inflated job requirements – began to realize and talk about the fact a ‘reset was in order’, HBR tells us. Companies then decided they would eliminate degree requirements for many positions.

A decade has now passed and it seemed time, HBR decided, to ask “Have companies followed through? Has the degree-inflation tide turned?”

Before answering that let’s get clear about what skills-based hiring actually is.

Skills-based hiring considers an applicant’s soft and hard skills, in short, their working knowledge rather than prioritizing education. Also, rather than requiring listing their degree area, and related experience they possess, instead, companies look for an applicant’s capabilities. What skills do they currently bring to the table that they can immediately put to use if hired? This is determined through pre-testing before an interview.

To discover whether companies were now skills hiring, the Harvard group hooked up with Emsi Burning Glass – a leading labor market data company, and analyzed 51+ million jobs posted between 2017 and 2020. “What we’ve learned, said the HBR group “is that employers are indeed resetting degree requirements in a wide variety of roles. The change is most noticeable for middle-skill positions — defined as those requiring some post-secondary education or training but less than a four-year degree. To a lesser extent, the change is also noticeable at some companies for higher-skill positions” their report states.

Today, when evaluating applicants, employers are setting aside the need for a degree and hiring on the basis of demonstrated skills and competencies. This change – this shift – Fuller, Langer, and Sigelman tell us “will open opportunities to a large population of potential employees who in recent years have often been excluded from consideration because of degree inflation. This population includes potential employees who have been described as ‘hidden workers’ “ – Hidden Workers: Untapped Talent (hbs.edu) – Joseph B. Fuller, Manjari Raman, Eva Sage-Gavin, Kristen Hine. 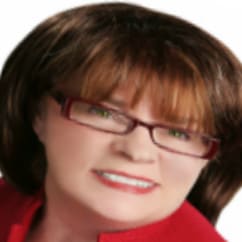 Dealing With The Interview Question – “What is Your Salary”