“WE CARE” Yes We Do Care

What she just witnessed had completely mutilated her from within, and now Richa was not in the condition to listen to any kind of lesson from her teacher. She walked straight to the college café and Sipping through her favorite cup of tea she was contemplating on finding a way to reach out the needy and the homeless.

This Is How WE CARE

“I hate to see people suffer,” a voice behind her caught her ears. A bunch of boys was into some serious discussion. Trying not to snoop into their talks she tried to deter her mind and began surfing her mobile.

“Come on, It is not possible to go helping every helpless we come across, it is not possible at all. Everyone is too busy dealing with their own life; nobody has time to think about them. In fact, no one cares…” The other boy from the group suggested.

“Of course, it is not possible, but at least we could help one of them. Some way… anyway. We all are blessed to live a privileged life, and this privilege should be for all.” He vented out his frustration by slamming the table with his fist. “I was helplessly watching her lament over her loss. How can a human be so cruel?”

“Will you stop crying for something which is out of your reach? If you go helping everyone, one day we will end up losing up everything you have.” The third one spoke up “It’s almost time of the lecture, we should be moving now, we will deal with the helping project later.” He got up eyeing the watch and volunteered out of the room, and everyone else followed, but the boy who had witnessed the horrific scene chose to stay back alone.

“This is the time, this is the only time to talk to him,” she pulled herself up and went to his table. She knew to shy off now could not help her mission go anywhere.

“May I?’ pulling the chair on the other side of his table she asked, without waiting for his approval she took the seat there. “Hi! I am Richa, I am sorry I heard you speak about the lamenting woman, I couldn’t stop myself.”

He nodded without a word, though a little surprised at her impulsive demeanor. But she knew, it was not her impulsion, but a well thought action she had rehearsed while seated alone waiting for the correct moment for which she didn’t have to wait long.

She began again “I was there; I witnessed the heart-wrenching scene this morning. All I could do was to be one of the crowds and helplessly watch her die.”

He recalled the girl sitting before him was the same who had shouted for the ambulance this morning. “Yes you were there; you are the one who called for an ambulance.”

She nodded, “I wish it has arrived on time.”

He muttered, “Wish I had arrived on time too.”

“Can’t we do something for them? I mean something within our strength, a little something…anything at all…I don’t know what, and how but, yes I want to help them.” She muttered. Normally a shy girl who preferred being with her handful of friends, today spoke her achy heart before a stranger.

Slapping the table with both his palm he stood up pressing them, “Well!!” he stopped trying to collect her name… “Richa” she prompted. “Ah! Yes, Richa…sorry…Well, Richa I am in, no doubt about it, but how far can we do with this? I mean…” snapping him in between she spoke “ I know, I have seen them since my childhood I always wanted to help them but I never could…I had seen Goma’s excitement to have a child, disregard of how that life was forced into her, she wanted that child.”

The spunk in her eyes reflected her mindset and its determination and the willingness to go to any extent to give them a better life. And this convinced her New partner.

“Fine, Richa” sticking his hand out, he said “I am Dorji, let’s not waste time now…” they shook hands.

Editor’s Note: This Article was originally published on Tricky Lane and is featured here with permission. 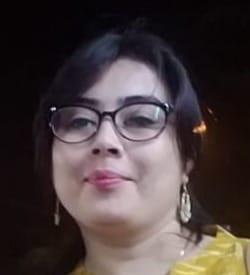 If Nobody Cares – WE Do