We Are Not Meant To Be Alone

Two friends were walking through the desert. During some point of the journey they had an argument, and one friend slapped the other one in the face.

The one who got slapped was hurt, but without saying anything, wrote in the sand “Today my best friend slapped me in the face”.

They kept on walking until they found an oasis, where they decided to take a bath. The one who had been slapped got stuck in the mire and started drowning, but the friend saved him. After he recovered from the near drowning, he wrote on a stone “Today my best friend saved my life”.

The friend who had slapped and saved his best friend asked him, “After I hurt you, you wrote in the sand and now, you write on a stone, why?” The other friend replied “When someone hurts us we should write it down in sand where winds of forgiveness can erase it away. But, when someone does something good for us, we must engrave it in stone where no wind can ever erase it.”

[su_dropcap style=”flat”]A[/su_dropcap]S WE GO THROUGH life we are daily faced with situations which require us to face many challenges. Among the most difficult are the ones that involved being there for a friend or close family member.

In my work as a Hospice Volunteer I worked with many individuals who were terminally ill and watched as they suffered, often alone because their family or friends could not bear watching them suffer and more or less abandoned them or spent little time helping them deal with their illness.

The following is an excerpt from my upcoming book which describes one of the most touching experiences I have ever had. I hope that by sharing it with you, my blog readers, it will inspire you to understand the important role you play in the lives of others.

Larry, a friend, was a public employee in his fifties suffering from lung cancer. His wife was a prominent business person who was in total denial about her husband’s illness.

They had no children.

Larry’s wife wanted nothing to do with his treatment, nor decisions relating to it. She left early each day to go to work and returned each night after dinner. He was under the care of Hospice and his neighbors were helping as best they could.

Coincidentally, I was asked by Hospice to deliver luncheon speeches about our programs; one of those speeches was to a women’s business group.

When I arrived at the event I noticed a woman walking out of the room. I recognized her from a photo I had seen in Larry’s home, as being his wife.

My talk was about the advocacy issue, the role loved ones play in caring for the those with terminal illnesses and other Hospice care matters. About halfway through my talk I noticed Larry’s wife coming back into to room and standing near the doorway.

When I had finished speaking and was about to sit down, she came over to me and said, “I don’t know if you know who I am, I am Larry’s wife.” I acknowledged that I did know that and she walked away.

Later that afternoon, when I was back in my office, I received a phone call from the Hospice office and was asked by the executive who called me, “What did you do today?” When I told her about speaking to the group she said “No, you were actually building bridges.”

When I asked her to explain she told me that Larry’s wife had called the office, crying and apologized for being so insensitive to his needs and asking the office to tell her what she needed to do to take care of him.

Larry lived for another year and a half, with his wife at his side, making certain that he had the care required in the time he had left.

Every person needs the love and support of another— do you make time each day to be there for someone you care for? The answer to that question will determine the quality of life you both enjoy.

Editor’s Note: Bernie’s new Book “How to Prepare for Old Age—Without Taking the Fun out of Life” is now available on Amazon and Barnes and Noble. 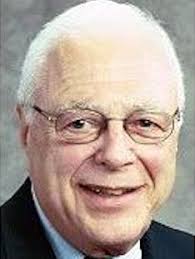 Make it Easy to do Business with Your Organization

The Greatest Myth of All