Wash Your Hands of Hate Amid Pandemic

As we meticulously wash our hands to prevent contracting the novel coronavirus, let’s also make sure to cleanse away hatred, blame, stereotyping, harassment and discrimination.

Unfortunately, turbulent times of national crisis bring out the worst in some people. That’s why citizens of goodwill should counteract racial bias, ethnic bigotry and hate speech with acts of kindness, compassion, and empathy. Let’s remember that all Americans are in this crisis together.

It’s troubling that some bigoted bullies have openly threatened Asian Americans by persistently branding the coronavirus as the “Chinese Virus” or “Wuhan Virus” and “Kung Flu” – and then acting out with violence.

Such blatantly racist rhetoric is repugnant, whether unintentional or by design. Nevertheless, bad actors among us have launched targeted tirades at innocent Asians, according to numerous news reports nationwide (see below). This has resulted is Asian Americans being stigmatized, verbally harassed and physically assaulted.

This is not the American way.

Such heinous actions are reprehensible, unseemly, unpatriotic and un-American, whether during times of tragedy or any other time. The demonization of groups related to the coronavirus cannot be tolerated.

Fear mongering and blame-shifting are always unacceptable — regardless of race, color, ethnicity, age, gender, religion, sexual orientation, socioeconomic status or other discriminatory factors. Let’s remember that callous attacks and targeting specific groups are acts of cowardice, which speak more about the perpetrators than the victims.

American morals and values should be consistent with truth, facts and reality, rather than paranoia and xenophobia.

Sinister sentiments about Asians and the coronavirus were previously attributed to African immigrants during the time of the Ebola outbreak in West Africa from 2014–2016. However, the World Health Organization (WHO) made it clear that such retrograde, primitive and tribal language serves no purpose other than to cast blame and fuel hate.

In 2015, the WHO stated the following in guidance on “best practices for naming new infectious diseases”: https://www.who.int/mediacentre/news/notes/2015/naming-new-diseases/en/

It’s another stark reminder of how Muslim Americans have too often been demonized as evil, callous, primitive and undesirable in the aftermath of 9/11. Yet any American with a modicum of common sense is more likely to acknowledge that an overwhelming majority of Asian and Muslim citizens — like individuals of all cultures and religions — are decent, peaceful and law-abiding people. 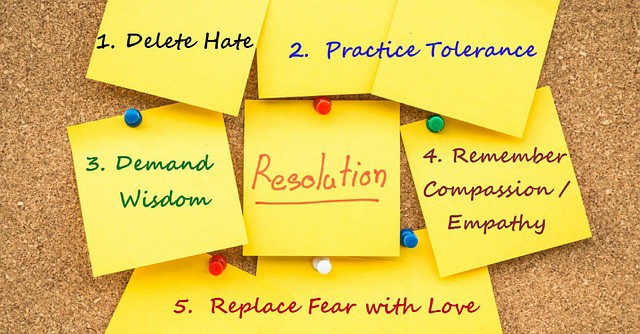 Stereotyping and discrimination against any group is sad and sanctimonious, particularly during these challenging times. Demonizing any group only fuels hate without solving real problems — in this instance, related to our collective health and safety. To the contrary, blame-shifting only creates new problems by heightening tensions and remorse.

That’s why it’s imperative for all decent people to unequivocally denounce narrow-minded and dangerous racial or ethnic viewpoints aimed at Asian Americans or any American. We must make every earnest effort to eradicate stereotypes, dispel discrimination, harassment and all forms of hate which are voiced implicitly or explicitly against any group.

Let’s make it a priority to be extra vigilant in recognizing and calling out those misguided souls who engage in retrograde stereotyping, harassment and discrimination.

Let’s remember that while people may discriminate, the coronavirus does not. We are all susceptible to contracting the deadly disease regardless of who we are, where we live, where we come from, what we do, or how much money we make.

Thus let’s be more mindful that we are all facing the same invisible enemy.

And let’s remember, again, that we are all in this together.

Note: Similar versions of this article were also published on LinkedIn https://www.linkedin.com/pulse/wash-your-hands-hate-during-coronavirus-pandemic-david-b-grinberg/?published=t and Medium https://democracyguardian.com/how-trumps-bias-over-coronavirus-demonizes-asian-americans-4a82d9cd08a9

Time’s Up For Men To Speak Out Against Sexual Harassment