Are you a Warm Fuzzy or a Cold Prickly?

A couple of weeks ago, I experienced a barrage of nasty grams from a local person I had befriended through social media. I assumed messages like that would eventually arrive but, this was totally unexpected for a number of reasons

Regardless, I was hurt and I was trying to figure out how to make myself feel better. I brought up the topic in a monthly Zoom I participate in and received wonderful feedback but, that didn’t do the trick.

Then, I remembered an old friend I have used in projects for school, business, and coaching several times over the years. Warm Fuzzies to the rescue!

A Warm Fuzzy Tale by Dr. Claude Steiner was originally published in 1969. He was one of the principal developers of Transactional Analysis and used this tale as a resource for social skill development in children. It is now a term commonly used in conversation.

Then, my brain started to create an updated version of this tale and I decided to share it all with you.

By the way, my son drew this picture when he was 7 years old, and fortunately, I took a picture of it last year before the big move. I hope you enjoy it. After you read my version of the tale, if you are feeling warm and fuzzy, please tag a friend and let them know how you feel. Further, you can connect with me and my network of people because I feel like I have a genuinely amazing bunch.  I hope you have a wonderful day and thank you for taking a moment to add a little sunshine to my day.  ~Amy

Once upon a time, we lived in glorious kingdoms where most people lived happily ever after.  Symbols of our love, honor, and fortitude filled our homes and neighborhoods. Authentic companionship was just our way of life.

At birth, we were bestowed a soft Fuzzy Bag were destined to carry for life. Inside, was an unlimited supply of  Warm Fuzzies we could bestow to anybody at any time which made our kingdoms feel rich and alive.

People who avoided Warm Fuzzies were in danger of developing a dis-ease which caused them to shrivel up, become ill and eventually die. Their preference was to distribute Cold Prickles which instilled fear, shame, and great sadness in those around them. It was a sad sight to see.

Fortunately, people were always asking each other for Warm Fuzzies, and since they were always given freely, getting enough of them was never a problem and the Cold Prickles didn’t survive long. Abundant joy permeated all the kingdoms, all but one.

The Kingdom of The Dark Mountain, that was controlled by a Fire Breathing Dragon, harbored those poor souls who were unwilling or incapable of sharing joy and perpetually stole it from others with envy in their eyes.

One day, a powerful Warlock who lived atop The Dark Mountain became so enraged because nobody wanted to buy his arcane potions and spells. In turn, he cast a wicked scheme for his dark elves to cultivate throughout the world.

They convinced everyone Warm Fuzzies were scarce and should be reserved for special occasions. Eventually, those little cuties fell from distribution and the kingdoms became gloomy and lifeless. Cold Pricklies were gaining ground.

People began to shrivel up and refused to partake in genuine communications for fear of losing the glorious Warm Fuzzies they so overwhelmingly coveted. Instead, they secretly exchanged Cold Pricklies.

More and more people searched for and pleaded with the Warlock to create extravagant potions and spells even though they inevitably caused more havoc and resulted in dramatic and unforeseen natural consequences.

Well, the situation was getting very grave indeed. The Warlock didn’t really want all the people to die because he would lose his source of wealth and power.  In turn,  a new and more devious spell was cast down upon our kingdoms.

The Warlock disguised himself as a powerful ruler from a kingdom far, far away. He wore a crown of shiny gold with green emeralds, white diamonds, and red rubies coupled with a rigorous display of material possessions and physical pleasures.

Apropos, the Warlock and his elves distributed Plastic Fuzzies foretelling the promise of great wealth and happiness. Further, they convinced the people if enough Plastic Fuzzies were accumulated, one could be exalted into extreme bliss.

The Plastic Fuzzies ran rampant and were wrought with complexity while Warm Fuzzies evolved into a rare and valuable commodity. Moreover, people became obsessed with trying to emulate and maintain a warm and fuzzy facade.

Eventually, people started to devise their own Plastic Fuzzies and freely distributed them throughout the kingdoms. Their perceived wealth appeared grandiose but at night, they cursed the wicked Warlock for creating them.

A great hunger infiltrated our hearts and we began to question our faith.

Thankfully, a brave warrior overheard news of the desolation and ignited a quest to slay the Dragon. The warrior traveled kingdoms far and wide, learned native tongues to gain wisdom, and ventured through the darkest dark to find the purest light.

Eventually, the Warrior diminished the great Dragon but, the descendants and their voices still roam.

Now the veracious Warrior freely and abundantly distributes Warm Fuzzies throughout the kingdoms and sings beautiful melodies into the winds of hope to dissipate as many Cold and Plastic Pricklies as possible.  Maybe you can help…. 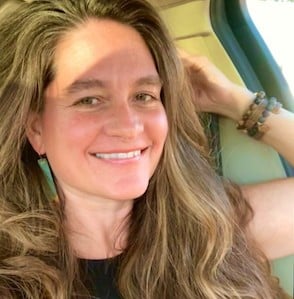 Amy Olmedo
Amy recently started White Heron Consulting, a highly personalized individual and small group communication and training program. Amy intends on creating a platform where people can experience enough freedom to take the next step in their journey. This is a reflection of her work in program and project management culminating over the past 33 years coupled with her intense passion for helping people transcend the ordinary. Her unique mixture of guidance is a cross between collaboration and coaching sprinkled with wisdom she has gained through her own triumphs and tragedies. Major Accomplishments: Amy was responsible for $37M in capital spending spanning 5 hospitals containing 1,400 beds with 380 medication spaces. Her spreadsheets were used to direct the project and train participants. Always on time and under budget. Amy was integral to the design and maintenance for four top-of-the-line training and simulation centers. She was distinguished as the non-medical person in the feedback loop to increase the patient/provider experience. The immersive training experience was benchmarked to long-term success and learning. She transformed $25K into $3.5M in 8 years. In the course of owning 30 properties, she was involved in every aspect of construction and maintenance. She created and executed all legal and contractual agreements. An exceptional community was the main goal. Early on, Amy was a Montessori school teacher and worked with children and adolescents in residential treatment centers. She transformed traditional therapeutic programs into more progressive approaches. Each child was respected as an individual. Personally: Amy raised two beautiful children on her own for the past 14 years. She transferred her passion for lifelong learning, a variety of musical genres, participation in multiple sports, hiking through nature, and creating expression through art onto the two most important people in her universe. She has a wonderful family and an amazingly supportive core group of friends.  When her children pursued their own paths, Amy decided to transform her existence. She quit her job to pursue a new dream. Then, Covid hit … Amy continued to evolve. Following her intuition into the unknown, she allowed the light to enter into her heart and a new vocation was born.