I Want Your Job!!

I once interviewed a lady for the position of General Manager for one of our hotels.  We went through the usual topics that are covered in such an interview.  I found some of the information good, some neutral, and some not exactly what I wanted.  That is always the way of an interview isn’t it?  But, the bottom line was that she was clearly one of the top three options for the position. 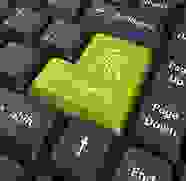 On a whim I asked her what type of position she saw herself in five years down the road.  Without blinking an eye she said, “I want to have your job!”

Well, that was pretty direct, so I asked how she planned to get my job.  Her answer was equally straight forward.  She said, “I expect to apply my strengths consistently and improve on my weaknesses.  I plan to support my staff and together we will make the hotel successful.  I will pick your brain at every opportunity to learn everything that you know.  I plan to work harder and smarter than any of your managers.  I will train people to take my job, while I work to make you look good and be promotable so there is a vacancy.”

I hired her.  I learned something there.  I liked having people that wanted my job.  They were motivated, they had a plan, and they were like sponges that absorbed everything that I and their staffs could teach them.  They also made my job easier in the bargain.

Do you hire people that want your job?

What About Global Warming?