Wake Up Call to Executive Leadership 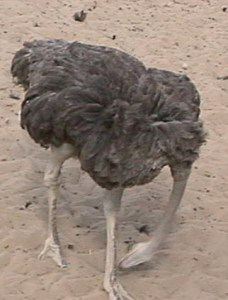 When will executive leadership wake up and realize that employees can see through the rhetoric when it doesn’t match their actions.  Perhaps my comments are a bit jaded by a local news story I have been following where the executive leadership called in a big consulting firm to figure out why they were losing money and how best to position themselves for tighter economic times.  Hoards of young MBAs floated around the organization for six months, pointing out areas of “opportunity.”

One of those areas was “excessive shift pay”…about $18m worth.  Back in August, the CEO announced cuts to the night shift pay differential.   Norma Rae’s descendant immediately posted a petition on change.org asking the CEO to rescind the cuts, claiming that in some cases employees stood to experience a 20% reduction in take home pay.

With an unfortunate turn of events, the CEO had recently returned from a vendor-paid “conference” on a lovely tropical island, and some of the pictures of the “conference” showed up on Facebook.

After 5,133 signatures on the petition, each blasting the CEO for not caring and for her “let them eat cake” attitude, the local papers began carrying the inevitable story about union activity at the organization.

Soon after, the Board Chairman floated a story in the paper saying they would “look at all of the expense control options more closely.”

Wouldn’t you know it, a week later the paper carries a brief article way in the back (instead of front page, as the earlier articles had been) saying that they would delay the pay cuts AND add merit raises.  Oh, and the CEO was quoted as saying that the reactions in the petition played no role in her decisions to delay the cuts and add merit.

I suspect that there is more to the story that caused this organization to be in this unfortunate position of playing defense to employee offense.  The question I have to ask is, does leadership really think that they are building trust and credibility with their workforce with this “decision….retraction” roller coaster?  The delay and merit might get them through the initial union organization activity, but what then?

The responsibility of executive leadership is to make good business decisions based on the best data available, to be in tune with the employees needs and level of commitment, and to build trust in all stakeholders that they are making the best decisions possible.

By the way, this organization prides itself on its “culture of caring.”

I think this executive leadership team needs help.  It will be interesting to continue watching the drama.

What is Sustainable Leadership? – Hang on, I’m About to Blow...