Vulnerability at Work – My Story

Recently the courageous Sophia Lall opened a conversation about the value of vulnerability at work. As a result, the insightful Sarah Elkins piped up with:

“If we don’t demonstrate some level of vulnerability at work, no one will. Right, Mary Schaefer?”

I published a version of the story below on my own site years ago, yet it took some intestinal fortitude for me to post it here today. It’s the story of a time when I shared some vulnerability at work in a very public way. I didn’t know how it would turn out. I only knew I would be letting myself down if I didn’t speak up.

It was right before lunch. I was at the local town hall co-leading a workshop for survivors of downsizing. I was a corporate employee at the time, presenting to other employees. Most of us were acquainted with each other.

Somehow the group started ranting about a few projects that were going on at the chemical plant where we worked. They were making accusations about the “agenda” of the projects. They were pretty harsh in questioning the purpose and usefulness of what was going on. What they didn’t know was that I was working on each of these projects. As my co-leader navigated this discussion, tears started pricking the corners of my eyes. Then it got harder to hold it in. Soon tears were streaming down my face. I wasn’t exactly front and center in the room, but if anyone saw me they could see I was upset.

I didn’t know what to do. What came to me is that I refused to be ashamed that I was hurt and upset — EVER AGAIN. I didn’t have the energy to pretend it wasn’t happening. I mean how ridiculous is that? As my co-leader wrapped up the discussion I asked for a few minutes to speak. I told the group that I worked on each of these projects they were discussing. I said I had worked hard to ensure people would not have the exact reactions they were expressing. I had wanted to avoid distrust, suspicion, and people feeling left out. I obviously was not successful. I told them I was really disappointed and I wanted them to know why I was crying.

My revelation was met with utter silence. Then one woman burst into tears. She said if she had known it was me she would never have gone so far. We had a great discussion about making assumptions. We all learned something that day.

I’m not saying that anyone needs to be as transparent as I was in that moment. I felt very comfortable… I was going to say “comfortable with allowing myself to be vulnerable.” That’s not entirely true though. I didn’t feel particularly vulnerable because I had decided that I was okay with showing this. And I was willing to take any consequences that might follow.

Normally this type of “incident’ would have been fodder for the gossip mill. For example, “Did you hear Mary lost it at the workshop?” When I returned to my office I gave my boss a heads-up in case he heard anything. He never did. I never did.

Weeks later I was in a meeting with a participant from the workshop. After I said something, she turned to the rest of the people in the room and said, “You need to listen to her. She’s not typical management.” Never would I have expected my “loss of control” to have that impact. I know that in the future I didn’t sweat it as much when I chose to show some vulnerability.

Eventually, I became an HR manager. I know that “being real” on occasion gave people a level of comfort with me that otherwise wouldn’t have existed. It follows that sharing our human experience in a considered way helps create a more human workplace. It’s tricky, but if we don’t, who will? 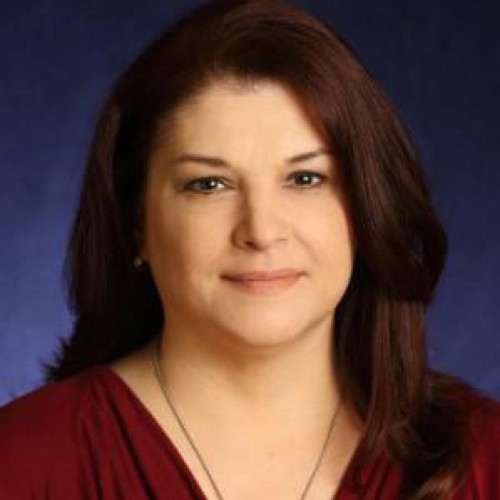 You May be Communicating, but are You Connecting?