Judah’s interests were in no way focused solely on business matters. On his arrival he had found two separate  Jewish congregations of Moroccan Jewish immigrants in Belem, Sha’ar Hashamaim (Gates of Heaven) established 1822 and Eshel Avraham established 1823.  The congregations initially had met in congregants’  homes because of a ban on religious buildings other than churches. Alongside ensuring the profitable expansion of his rubber business interests Judah was determined to unite the two communities and rectify many of their shortcomings, both religious and secular, including its disorganized charities and cemetery arrangements.

To undertake charitable work for the poor and underprivileged he created the Exercicio de Caridade de Israel (meaning Society for the Year of Charity of Israel) with objectives including providing a room for treatment of sick patients, a paid doctor, pharmaceuticals,  funeral expenses and care of widows and orphans. Judah was its protector and his son Michael Zagury Israel was closely involved in assisting the charity to achieve its objectives  Judah donated the land for the cemetery. In pursuance of these aims in 1890  Judah also created the “Exercicio de Caridade which was linked with a  Gibraltar charity  “Ozer Dalim”.

As more Moroccan Jews arrived in Belem they were often welcomed by Judah and his wife Phoebe and eventually by their 3  sons and daughter. Phoebe’s family tree was interesting.  She was the great-granddaughter of Abraham Joseph (slop master –supplier of clothing- to the Royal Navy in Plymouth which was then the major UK port). Another descendant of Abraham and my 4th cousin once removed could be blamed for causing a UK constitutional crisis. He was Ernest Simpson who by divorcing his wife, Wallis, left her free to marry King Edward VIII and leading to his abdication – a matter of no relevance whatsoever to this article.

Judah and Phoebe often invited new immigrants to stay in their house whilst they were organizing their own homes.  Belém soon followed Rio de Janeiro in becoming a sophisticated urbanized modern city with many outside signs of wealth created by the rubber boom. The later immigrants were not arriving in any way in a backwater. Rubber was by far the most important commercial activity of the country far outstripping coffee and signs of wealth were everywhere. 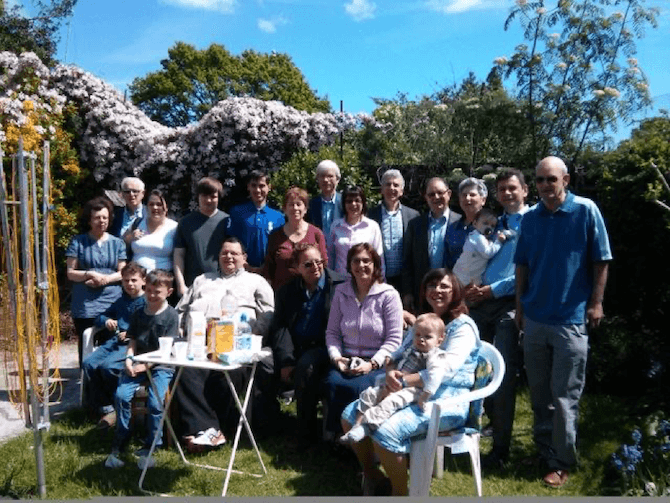 Belem remained a home town for descendants of Judah’s son Elias (my great uncle).  I met some in Sheffield in 2013 (see above) and exchanged family history and copies of interesting documents. There is some local debate on the precise part played by Judah and Elias in the development of the Jewish community in Belem and Para State generally. Hopefully, future comments received from readers of my writings will throw light on their contributions to society. 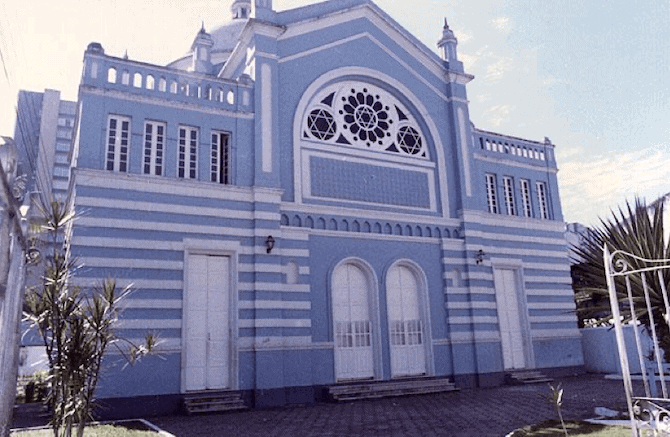 The family attended Shaar Hashamaim Synagogue built in 1840 in Rua Arcipreste and designed from drawings of the Colonial style Sephardi Synagogue in Manchester, England. Gibraltar’s  Great Synagogue is also called  Shaar Hashamayim – indicative of a close connection between the communities. Judah remained strongly connected to his old synagogue in Gibraltar as well as to synagogues in Morocco.

For years  I had been looking looked forward to visiting  Brazil hoping to get some taste of my Brazilian heritage and of the dangers which I had believed Judah and his family faced when they courageously ventured into dense  forests.

The truth was that Judah knew what life would be like in Brazil before he emigrated and in any event, his new  home was to be Belem on the coast and not Manaus in the interior as I then thought and not that dangerous. At last, the visit happened. I arrived in Manaus ready to experience a taste of the mysterious unknown. My father, his siblings and his mother had told me little about their lives in Brazil which had ended two decades before I was born. I had only the visions of the dangerous later 1930 Brazil portrayed in ‘Brazilian Adventure’. Theodore Roosevelt went on an earlier expedition to the same region in 1910 after his presidency was over and in his book described the area  in the 1850s as having been ” a nameless little collection of hovels tenanted by a few Indians and a few of the poorest class of Brazilian peasants.” 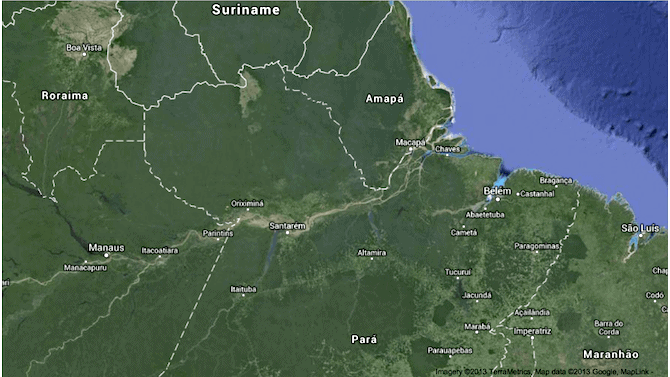 Amazingly, sitting in a solitary boat at the point where the  River Negro, devoid of life,  met the Amazon teeming with life, staying overnight in the jungle and whilst there seeing local settlements perhaps similar to those in which Judah’s  Seringueros lived I was perhaps being afforded just a glimpse into the past.

Reflecting upon Manaus  of today with Its faded opera house and other grand buildings and lack of hustle and bustle, I realized it was but a shadow of its  city’s former glory and amazing history. In 1880 Manaus had been a small place with a few poor dwellings.  Then the world demand   for rubber increased to a level beyond that which could be satisfied by forests close to the coast. By 1889 Manaus had become the “City of Rubber” in place of Belem.  At that time Belem’s rubber activities were continuing to boom but with much of the increased demand coming from forests closer to Manaus.  The Israel family were minor players in comparison with others like J G Aranjou who owned 500,000 acres on the river Negro and who was described as a “Robber Baron”. There were many tribes in the interior of Brazil by then being exploited.  In particular, it is distressing to learn that in the far northwest of Brazil Seringueiros helped clear out tribes to prepare for rubber tapping accompanied by some massacres…

In a stark contrast to these horrors by the beginning of the 20th century Manaus had become a lively and wealthy place and one of the most sophisticated cities in the world.

The best opera singers performed there. The rich women  living there had their clothes made in Paris.  Its residents had the highest diamonds per head in the world.  It was one of  the best places in the world to live and work. I certainly could imagine having lived there and feeling at home.  The good life being lived in Manaus would be broadly similar to the good life that Judah and family could afford to live albeit in Belem – the place where the rubber boom had originally taken off with his help.

Inspired by those city sights,  I had sought  the viewpoints of any descendents of Judah through his son Elias living in today’s Manaus.  Michael died childless in London in 1911 and Moses and his family had moved to England. Manaus telephone directory had one party with the surname “Israel”. I rang but there was no answer. I now know that if related he would be a remote cousin.  When I did finally talk with Elias’s descendents during the Sheffield gathering   years later. I would learn from them that with money no object Elias had been sent to study in the same  Yeshiva in Tetuan as his father’s siblings had attended to absorb Sephardic culture and later to stay in London for a while.

Judah’s kept in regular contact with family on the other side of the Atlantic. The wider Israel family communicated with each other regularly despite their homes being spread geographically.  Indeed Judah, when aged 60,  traveled back to Para from Europe with, in tow,  Phoebe, Elias, Zara Anahory, his granddaughter Maknin and his widowed sister Azibuena Benzaquen. In 1891 a UK census shows Judah staying in a family home at 209 Harrow Road Paddington together with other family members.

The sons entered the family business.  Uses of rubber were continuing to expand. In the 1880s John Boyd Dunlop had invented pneumatic rubber tires to help his son win tricycle races and in the 1890s were being used for generally for cycles. The use for cars did not happen until after 1900.

That deep interest in family continued with Judah to the end. Close to death and in 1899 staying  in another London  family home, 35 Sutherland Avenue, Maida Vale, in the company of his son Michael, he wrote his last will and testament  in the language of Rakitia –the language of Jews living in Morocco  who were descended from families expelled from Spain and Portugal at the end of the 15th century because of the Inquisitions. In this will he beseeched his sons to care for all the family wherever they were living. His UK estate was only £185 as most of the assets were in Brazil. He died in London believing his family would be financially secure indefinitely because of the extent of the Brazilian wealth. News of his death was broken to the family back in Brazil by Isaac Benzaquen who lived in Brazil, son of his sister Azibuena and widow of Vidal.

Theories of Everything –and Free Will

Exodus 2: Spain to Portugal to Ceuta to Morocco to Rock...