Judah started acquiring interests in vast tracts of forests containing many varieties of wild trees including rubber trees from which black gold (as rubber was called) could be extracted. Eventually, Brazilian cousins were eventually to deliver me the surprise information that the family forests were not in the remote interior of the country as I until then I had believed but near  Santarem. The previous visions in my mind – that of my family exploiting the deeply inland “Mata Grosso” forests – evaporated. My father had a library of only 2 books – “Complete Works of William Shakespeare” which he used to help him learn English and “Brazilian Adventure” by Peter Fleming (Brother of Ian -creator of James Bond). “Brazilian adventure” which detailed Peter’s expedition in 1930 from Manaus into the Mata Grosso looking for lost Colonel Fawcett who turned out as having been killed by an indigenous tribe. The imagined mysterious and dangerous Mata Grosso described by Peter was now replaced by safe  Belem on the coast in my heritage.

Natural questions for a person like me brought up in the sophisticated commercial environment of London to raise might be “ From whom did the family buy the forest tracts and how much did they pay?”  Brazil had ceased being a  Portuguese Colony in 1815 to become part of the United Kingdom of Portugal until Portuguese Prince Dom had declared independence. The independent Kingdom was to last until Brazil became a Republic in 1889.

Judah simply chose tracts of the forest he wanted to own and bought them.

The Portuguese conquerors and their descendants tended to decide ownership issues without regard to the rights of indigenous people living there. In 1850 the State of Para started selling land to those who could afford to pay and giving the purchaser absolute ownership rights.  Judah was one of those who seized the opportunity to buy forest land near Santarem.  The size of each tract of forest sold was exceptionally large and its value extremely uncertain. Unless in a prime location the price demanded was not beyond the means of the small percentage of the population with modest capital, Judah amongst them. Judah simply chose tracts of the forest he wanted to own and bought them. The State wished to encourage as much as possible economic activity and making forest purchase difficult or costly would have frustrated this objective.

Judah like most buyers would not have found the idea of purchasing 1000s of acres an exciting idea if only made with a vague hope that some value was bound to emerge or an unknown reason at an uncertain time in the future. He needed to see an early return from his investment and rubber exploitation was the sole reasoning for his purchases of vast tracts of forest. I have tried without success to ascertain if any indigenous tribes were living at the time in forests close to Santarem.  Being coastal forests perhaps there were few or none.

No competition for acquisition of forest tracts came from Seringueiros– the people who actually go and tap the rubber trees. They did not have available any funds to use for forest acquisition. The land Judah acquired required a large number of Seringueiros to tap for rubber over many years. These Seringueiros were poor Brazilians and not from the indigenous tribes with whom they were in no way friendly.

It is of great regret that the indigenous people of Brazil were treated similarly harshly in almost all the colonies and ex-colonies of European countries. My childhood books published in the 1940s at best treated these tribes all over the world as ‘something’ to be investigated by anthropologists. There was no regret in those books that they had been conquered but a pride about the Empire.

Should today’s descendants of conquering nations feel guilt and a responsibility to compensate the descendants?

My ancestors were atrociously treated in Russia and with families attacked during Pograms. Some of my ancestors were tortured in the Spanish Inquisition. In-country after country in Europe, they were not treated as nationals but with minimal rights even if born there. Even if our heritage may portray us as victims but we should not live life that way. As a British national why should I not I consider I bear some responsibility for United Kingdom actions in the past from which the British still have residual benefits?

Slavery was only officially abolished by England in 1833. Brazil was the last country to officially to abolish slavery – this happening in 1888  after the Republic of Brazil came into being. With great grandparents and grandparents having lived in Brazil  I inherit some responsibility even though they did not have slaves themselves. Slaves had worked on plantations for centuries and benefitting the Brazilian economy with Europe had benefited from cheap food and manufactured goods sold in exchange. Indeed up to 1800, millions of slaves were transported from Africa into Brazil to work on plantations (none of which were rubber). In the view of many, Brazil has not addressed its historical involvement in slavery adequately.  In reality slavery continued on in some countries  after that date. 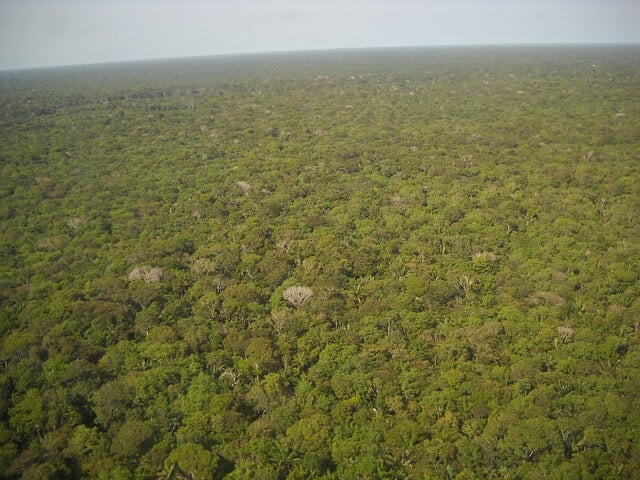 Judah exploited his forests using only independent  Seringueiros (some of whom would have been of mixed race) and he seems to have treated them fairly in comparison with other Aviadors.  It certainly was not the best occupation in the world. The health risks faced by the Seringueiros in the forests were high, including contracting malaria and yellow fever, and sometimes fatal. Aviadors like Judah stayed safely in the town whilst the Seringueiros selected from the 25,000 available would bear those risks and help exploit the forests. Each of the Seingueiros would be allocated a specific tract of forest for which he would be responsible as an independent contractor. Judah funded each of his Seringueiros via supplies from a warehouse he had set up for this purpose and by cash loans to go into his tracts of dense jungle. They would first locate a  suitable group of the Hevea Brasiliensis trees to tap (syringe) for rubber,   This might comprise 100  rubber trees sprinkled amongst a substantial number of other species of trees in more than 30 hectares. They would then create paths between these rubber trees. Mere creation of their personal collection of rubber trees for regular tapping could take as long as 6 months and which task would be often undertaken in solitary isolation remote from their families…

During tapping season, each morning the Seringueiros  would cut the trees so that its sap could drip into a cup. If they were not careful whilst penetrating the trees to prepare for tapping they might kill the trees and reduce their rate of rubber production. Some were careless with the procedure and had to move on to establish new groups of trees for exploitation. Each afternoon they collected the cups of latex and later heated them to produce the raw material to be sold.

Under these arrangements Seringueiros agreed to sell Judah their entire production, This would have averaged for each of the Seringueiros just under 500 kilograms in a year. The facility comprising cash, supplies, and interest would be recovered from the amount paid to them for the rubber. Judah then sold the rubber onwards to British Export Houses and  Finance Houses

Did Judah and the other Aviadors pay a fair price paid for production? Were the tools and equipment charged at a fair price?  Did they charge excessive interest on advances? It is unlikely that I can ever know for certain the answers and of course there are reports that some unnamed Aviadors  were not fair. If the Israel  family had been too unfair these independent contractors would have walked away with production, equipment, owing money or migrated to other forest owners. The family prospered so their terms must have been acceptable to their Seringueiros.  This acceptance via exercise of their own free will of the terms offered and of the entailed health risk were a result of the opportunities to earn even a meager living not being that numerous. In my opinion, Judah should be judged as having partaken in the improvement of the lot of many based on the mores of the time. My Uncle Walter did recall spending some time during school holidays living amongst the families of Seingueros so relationships with them must have been more than just reasonable…

In retrospect, the initial concentration of the world’s rubber extraction around Belem should not have been that much of a surprise to me. The afforested land close to the coast contained sufficient rubber to meet the level of world demand in the 1870s. There was no reason to go so deep into the interior to harvest the raw material. But world demand continued to rise ensuring that others sought out additional forests much further inland for exploitation. The lungs of the earth, as Brazil’s forests are now considered, were then also the source of the world’s rubber and what happened then has relevance to us now.