The branch of psychology called Neuro-Linguistic Programming (NLP) comes with a mixed reputation.  NLP offers a powerful set constructs that model what the world’s most successful people do naturally.  It also has its critics.  In particular, NLP has also been linked with the creation of some of the most corrosive strategies for manipulation of the masses.  In recent times, these have been linked to our Brexit referendum in the UK, the Trump campaign in the US and other theatres of populism sweeping the world at this time, fuelled by a changing world order.  Of course, tools are of themselves neutral.  It is people that use them for good or otherwise.

For example, a screwdriver can be used to make furniture or as a weapon.  In the case of Brexit, it is understood that NLP was an underlying influence in crafting the snappy slogans that gripped people’s hearts in the UK Brexit referendum, such as “Take Back Control” and “Brexit Means Brexit”.  In the US, the same approaches produced appealing slogans such as “Lock her up” and “MAGA”.  None of this is new in itself.

Leaders have manipulated the masses for centuries.  What is new is that attention spans are in freefall in the information age.

We consume some 34 Gb of information every day, more than most people consumed in their entire lives in 1800.  In such a world, populist politicians have exploited our IADD (Information Attention Deficit Disorder) by reducing complex problems to three or four-word slogans, or what NLP calls “nominalisations”.  Whilst these seem harmless enough at first glance, they often hide a multitude of important detail.

In the case of Brexit, I have never seen a political issue divide friends and family in such a chronic and long-lasting way in my entire lifetime, perhaps because the Brexit referendum is a life-changing decision rather than a five-year electoral decision.  Wounds in family and friends’ networks are deep and unforgiving.  In my own case, even my sister was seduced 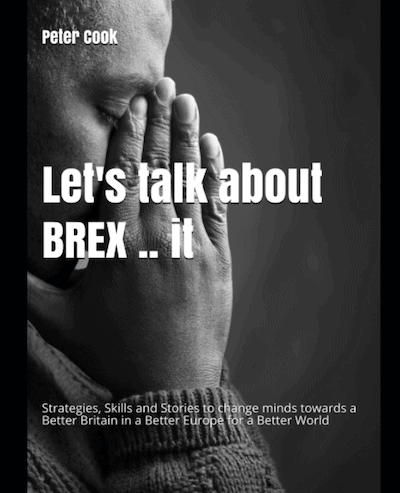 by the media lie that two million migrant rapists would arrive in the sleepy suburban English town of Tonbridge from Berlin as the main reason she voted for Brexit.  We must not lurch into action without understanding the deeper issues that need addressing in the 4th industrial age.   There is clearly much disaffection in western society, yet few of the underlying causes will be addressed by the testosterone-fuelled “quick fixes” that populist politicians attempt to sell us.

NLP can, however, be used as a force for good, to encourage critical thinking and enable better decision making when faced with complex choices.  In this context, I have just released a book called “Let’s Talk About BREX .. it” to help heal our DisUnited Kingdom, following the schism caused by our referendum.  The strategies and skills are just as relevant in other arenas where people seek to heal relationships, make informed decisions and collaborate with people who are different than themselves. The book offers a practical guide to using NLP for good, with ethics and concern for the people on the receiving end of a persuasive communication.  The difference between influence and manipulation is in the question of whose interests does it serve.  All other things being equal, such as power and authority, a one-sided approach to communication is manipulation whereas a two-sided approach is influence.  Power and authority are of course separate subjects in their own right.  I will concentrate on influence in this article.

Let’s Talk About BREX .. it applies NLP and other approaches to humanistic communications to the “wicked problem” of shattered relationships.  It advocates several fundamental approaches that are superior than shouting at each other on social media:

Many persuasive strategies use essentially a push marketing approach or even proselytization.  Healing relationships often requires a pull approach, where motives and reasons are explored, understood and acknowledged before there is any possibility of reconciliation.  We adapt John Heron’s six category intervention model in the book.  These strategies are applicable to healing relationships in a wide range of circumstances. 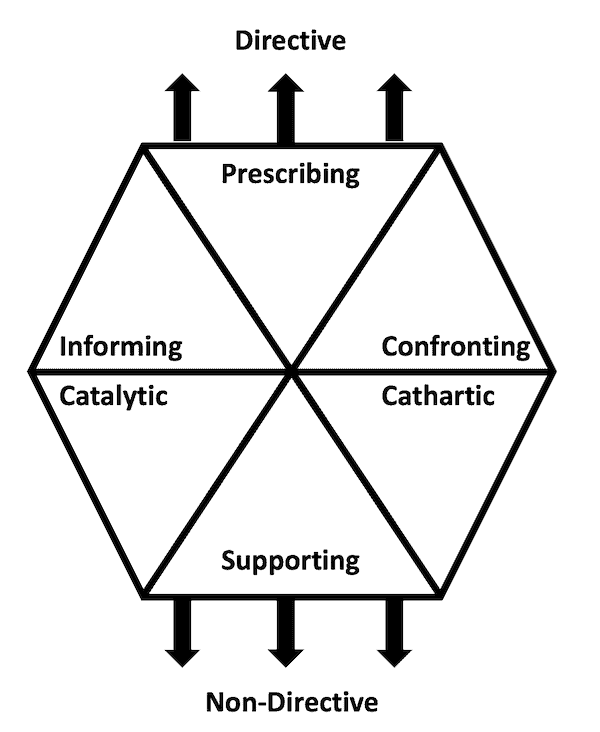 At a micro level, healing fractured relationships after Brexit requires us to escape from the trap of binary thinking that Brexit is good or bad and so on.

We are locked into binary thinking about many topics in a busy world, having to decide Yes or No, In or Out, Like or Hate etc.  However, only the simplest issues lend themselves to such limited thinking.  We need much more analogue thinking and nuance to tease out the complex issues that lay behind our gradual transition into a new world order.  I’m presently in dialogue with a Government enterprise that is trying to unpick the complex problem of waste in a world where we will run out of many of the “taken for granted” chemical elements that make up our phones, tablets.  This requires a whole-brained thinking approach to make fundamental improvements to our current systems of waste disposal and recycling.  At a micro level, healing fractured relationships after Brexit requires us to escape from the trap of binary thinking that Brexit is good or bad and so on.  As Einstein pointed out, if you always do what you always did, you will always get what you always got.

Having spent some three years on the street, in cafes and bars in conversation with Brexit voters who feel “left behind”, there is a massive difference in the quality of communication when working face to face as opposed to trying to communicate on social media.  NLP teaches us that approximately 7% of communication is about the language or syntax of communication.  Social media may be quick, but it has a huge limitation in so far as some 90% of the message can be lost (voice tone and body language).

If you seek to influence others, follow these principles:

Can Dreaming Predict the Future?

Aren't we all dreamers? I mean in the right way. Dreaming is excellent for creating better ideas and solutions. In other words, reimagining or...
Read more
SHOWCASE HOMEPAGE

What Stands in Way is the Way

The impediment to action advances action. What stands in the way becomes the way. ~Marcus Aurelius, Roman Emperor (121 – 17CE) It takes courage to be...
Read more
@LIFE & CULTURE

We went to satisfy nostalgic curiosity. Having grown up in the ’80s, even though we were raised on opposite ends of the country, my...
Read more
@LIFE & CULTURE

What is Meant by ‘Emotional Imbalance’?

It is important to understand that emotionally imbalanced people are kind-hearted. Their imbalance is easily fixed whenever they become aware of it and commit...
Read more
@BizEthics | Sustainability

A proper story…is the expression of some unchanging human predicament; as a Highland lament, composed to reconcile a passionate people to a contingent misfortune,...
Read more