Entry: KDQs (Killer Diller Questions)
Pronunciation: \ki-ler’di-ler’kwes-chens\
Function: noun
Definition: a lighthearted name for a scientific approach that uses profound questioning as a tool to overcome obstacles and clear a path to success.

Has the performance of your sales team flat-lined? Is performance on the decline? Or perhaps your team is delivering good results but you know that great results are achievable?

KDQs may be an excellent tool you can use to optimize the potential, and maximize the performance of your sales team.

Consider the following research presented in the Gallup Management Journal:

So, just what is it that drives such a small percentage of salespeople toward creating outstanding results? What is it that blinds almost three-quarters of a sales force from seeing such opportunity?

I’ll answer these questions in a moment but first consider the following statistics from the insurance industry, which I suspect will hold true for the franchise industry as well.

That leaves only 20% who call on a prospect five times or more before giving up. What fuels this small group to continue to believe in the possibility of winning when most give up before they’ve had a real run at the race? These profound questions deserve an equally profound answer.

The essence of any act of engagement is the “what’s in it for me” proposition. In a selling situation, a potential buyer “engages” because s/he has an expectation of satisfaction greater than what s/he had prior to the experience. In other words, they engage because they think that something about their world will be better if they buy what the seller is selling. They might think, “lf I consider this machine, I can save time – and time is money.” Or, “lf I hire this consultant, I’ll set the standard in service.” Or, “lf I consider this business, I can create a brilliant future doing what I love to do.”

For the seller, it’s often the thrill of the hunt that fuels the passion to continue the chase. This “fuel” is consumed in direct proportion to the seller’s belief that there will be a successful outcome. Over time the fuel tank will empty unless it is replenished by the seller finding him/herself in close proximity of, or actually having achieved the sale. And, if time and time again the hunt ends without success, then the seller’s mind will program an auto response that says, “Stay away from the hunt. It never proves successful.”

Insightful questions have the ability to stop the mind’s forward momentum like a brick wall dropped in front of a moving car. KDQs force the mind to rethink what it believes is real. If in the process, it encounters new information that is powerful enough to alter its reality, then the mind has no choice but to override its current beliefs and change the limits of what it considers possible.

A few examples may help to clarify my point:

It’s not uncommon for someone in a clerical or customer service position to be recognized as intelligent, relationship oriented and concerned about customer satisfaction. (Let’s call this person Danny.) When a sales position on the order desk opens up, Danny moves into it with high hopes and expectations. But, Danny hasn’t been trained in sales, nor does he have any relevant experience. His ability to “reach” into the unknown world of sales is far shallower than that of a sea- soned professional.

A KDQ you might explore with a salesperson in a similar situation might be: “What five activities does your most productive coworker pursue on a daily basis, and how could you incorporate them into your day?”

This KDQ forces Danny to consider new information. By suggesting a “co-worker” to Danny we have introduced a conflict of logic into the equation in that two identi cal things can’t exist in different truths. Therefore, if the possibility of success exists for a co-worker, the same possibility of success exists for Danny. We have asked Danny to identify “five” things to encourage him to consider that there are multiple paths to selling success. This KDQ asks Danny’s mind to reprioritize his efforts by replacing ineffective behav- iours with proven tactics that offer a greater opportunity for success.

In the blink of an eye, Danny’s previous programming can be overwritten and he’s well on his way to reaching his true potential.

To help a salesperson extend their reach you must first understand what information they are processing that triggers their mind to disengage prematurely. Asking a KDQ like this may trigger the answer. “What information are you communicating that’s causing your prospect to disengage from the interaction with you?”

This question actually forces your salesperson, (let’s call her Julia), to shift her vantage point and that action results in the flow of new information. Julia’s mind has to stop and interpret the prospect’s action from their point of view. Julia has to see their body language and feel their energy. To help explain this, think of Stephen Covey’s principal of “Seeking first to understand, then to be understood.”

With these insights in hand, Julia can now apply the 4 Rs of Re-prospecting. She can: Redirect her message toward the prospect’s rational mind avoiding their disengagement switch.
Rework her presentation into 3 distinct acts: an attention getting reward for interrupting their day, a “what’s-in-it-for-me” powerful enough to hold their interest for 15 seconds, and a compelling reason to take action now.
Rehearse her communication until she believes in its unquestionable value; and then Re-engage the prospect.

A common reason for disengagement is the lack of meaningful incentives.

Most times, when we present this example, we’re bombarded with: “l’m already paying them a fair wage to find new customers – why should I offer them incentives?” or “Why won’t they do the job they’re being paid to do?”

These are very rational questions. Unfortunately you’re dealing with a salesperson, which is typically a unique animal designed to compete and engineered to win.

Successful salespeople are top producers and accept themselves as being empowered with the ability to influence their destiny. Unproductive people don’t. For these people you have to provide new information that changes their perceptions of how they think about their job and the potential for gain inside of the organization. But how?

For bored employees you might use a KDQ like, “What is your unique talent that we might be overlooking; that if we helped you develop, would offer you more opportunity inside of the organization?” Or, for someone you know isn’t giving it their all then try this KDQ. “l understand that you have a great idea that can make the organization a lot of money. I also understand that you’re concerned that someone else is going to be rewarded for its success. If I guaranteed that you would benefit in proportion to how well the company benefits, would you consider sharing your idea and being part of the implementation team?” For the actively disengaged who often think they’re smarter than the rest and avoid working with others in fear of divulging some weakness, try this KDQ, – ” I know you’re smart – more so then most people give you credit for. I also see that management might not be listening to your ideas. If I offered you the opportunity to run a solo project, what program could you put in place to generate new business from inactive customers?”

Have we offered anyone more money, here? No. We simply provided new information that conflicted with their old beliefs about the possibility of actually enjoying the work they do.

As you can see, the KDQ is a powerful tool that allows us to make best use of the best parts of our brain. It triggers the possibility of adventure, joy, and satisfaction. And, if used with genuine intent and compassion, it has the power to help those we care for stretch their imagination and abilities towards achieving what was once considered unimaginable and unattainable. 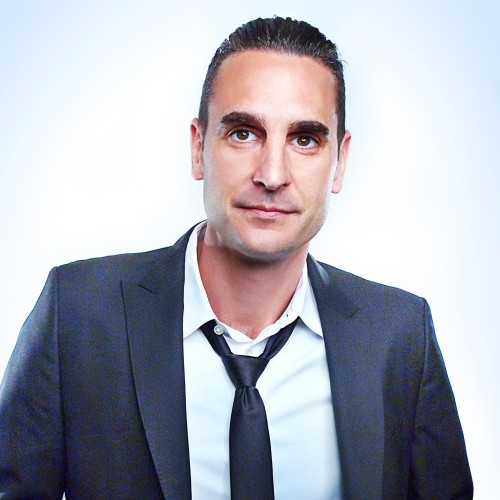 Greg Witzhttp://witzeducation.com/
GREG is President and CEO of Witz Education, a training company committed to the ongoing development and training of today’s leaders, and author of LEAD, FOLLOW OR GET OUT OF THE WAY: The Ultimate Guide to Leadership in the New World of Business. Greg brings the understanding that the business world has changed forever and is ever-evolving. A new generation is stepping in to take the reins, company cultures are shifting, sales and customer service demands are no longer the same. Because his message transcends all industries and all levels of team members from the top down, Greg has single-handedly impacted organizations’ cultures, raised staff retention, reengaged team members and increased bottom line profitability. His rich understanding of organizational and human development coupled with his own corporate experience in sales, marketing, facilitation and executive coaching allow Greg to effectively and energetically design and deliver programs that have transformed the careers and lives of thousands of course attendees. Through courses, workshops, keynotes and coaching, Greg helps organizations, entrepreneurs, leaders, senior executives, and teams of all levels understand the trends affecting their performance and how to harness the power of this shift to emerge on top of the pack in a competitive global business environment. His teachings have most recently affected change with Canadian and US Governments, Olympic athletes, Tate and Lyle, Bank of Montreal, Sirius XM, Weyerhaeuser Company, Smith & Andersen Consulting Engineering, Ontario Teachers’ Pension Plan, Mosaic Sales Solutions, and York University – Schulich School of Business.

Creating An Ideal Workplace Culture: Are There Keys to Unlocking People...