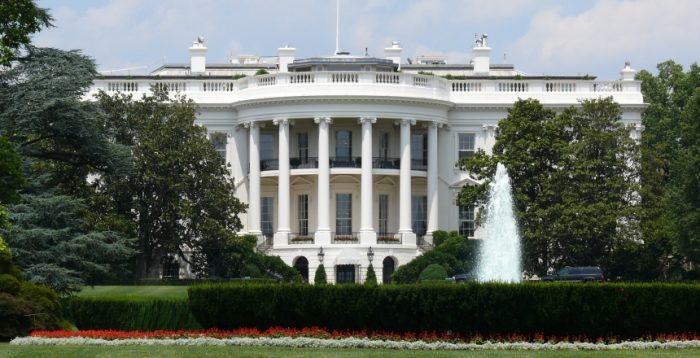 Starting a new job is always a challenge. Let’s think about the transition from leading a large, privately held company to serving as the President of the United States. Mr. Trump defined a specific vision during the campaign. President Trump now has to implement that vision in a governmental context and operating environment whose players, processes and influencers are largely unfamiliar to him.

A significant evolution of his leadership viewpoint could help him a great deal.

Mr. Trump’s privately held corporation most closely approximates a monarchal form of government. In his private company, he had the final say on any/all decisions and probably didn’t receive a great deal of negative feedback except his very closest advisors. Much of his policy work was internal to the company and largely opaque to the general public and media.

In contrast, the government structure of the United States was purposefully designed to be “confrontational”, with shared responsibilities and built-in checks and balances among the three branches. Arguments and disagreements over policy and legislation are expected, encouraged, and deemed important.

The Founding Fathers also believed in the importance of a totally free press/media to report, as they see fit, any/all government activity. The first amendment was added to the constitution specifically to protect and ensure that the public debate continues. That thinking hasn’t changed for many people, including senior government leadership. “If you want to preserve democracy as we know it, you have to have a free — and many times adversarial — press,” said Sen. John McCain, R-Ariz., speaking on NBC’s Meet The Press.

Imagine Mr. Trump’s exasperation carrying over his leadership style, successful in his privately held business, into his new role as President. People now argue with him publicly. Media opine on his every action. The courts nullify his executive orders. No wonder he seems frustrated in his press conferences and public statements.

Being unfamiliar with the context in which one leads can be a major disadvantage. People with differing opinions, and who deeply understand the operational context, can take stealthy advantage of the situation. Until President Trump’s transition is complete, this could be an opportunity exploited by the opposing political party, members of his party with differing opinions, lobbyists, foreign governments, public interest groups, and many more.

So what’s the lesson for those of us with jobs that do NOT involve leading the free world?

The key is simply to pay attention to the context, both its basis and its evolution. Know that the operational environment is fluid and can change both quickly and over the longer term. Understand the rules of engagement, and use them to advantage.

Simply deciding to do things differently, in a large unyielding organization like the US government, can be ineffective at best. At worst, it can lead to unintended consequences.

It’s also wise to seek counsel from people who have a deep understanding of the business environment and context, especially its dynamics and flow. Cultivate a circle of advisors from many different parts of the organization. Especially in large organizations, local variances arise and you need to understand them all. President Trump’s inner circle of advisors, other than Vice President Pence, is also largely unfamiliar with the ins and outs of the governmental process.

Yes, it is possible for leaders to change the operating environment within an organization. But in large organizations like the US government, this happens very slowly and often beyond the tenure of the person in the job. It’s sort of like making a U-turn, with an aircraft carrier, in the Panama Canal.

I wish President Trump well during this transition. 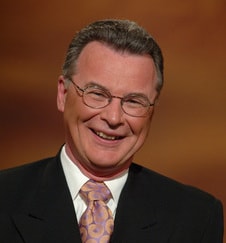 Larry L. Fobeshttp://www.learning-from-leaders.com/
LARRY is the founder of Learning From Leaders, LLC. He is a co-founder, with partners associated with Duke University, of Learning With Leaders, LLC. He created, hosted, and co-produced, with Detroit Public Television, the Emmy award-winning television series, “Leaders on Leadership”. His CEO interviews were broadcast in the US, Korea, Hong Kong, Taiwan, and Canada. This series ran for 8 seasons, creating approximately 150, 30-minute episodes. He is a frequent speaker, moderator, and trainer on a wide range of business topics, often incorporating video from the television series into a highly interactive discussion format. He contributed to a multi-media leadership etextbook and course currently being used by Duke University and the University of South Carolina. His corporate experience includes 30 years with Ford Motor Company in product design, scientific research, finance, and global business strategy. Larry built and led a globally dispersed team supporting over 150 national markets on 5 continents for 8 Ford corporate brands. He was also the founding Director of the Wayne State University’s Institute for Organizational & Industrial Competitiveness. His university studies include the Global Executive MBA from Duke University and The Executive Program at the Ross School of Business, University of Michigan.

Leadership Lessons From A Paris Restaurant