To the last syllable of recorded time; And all our yesterdays have lighted fools

The way to dusty death. Out, out, brief candle! Life’s but a walking shadow, a poor player,

That struts and frets his hour upon the stage, And then is heard no more. It is a tale

Told by an idiot, full of sound and fury, Signifying nothing

The pen plunges deep in the soul. Tears through, like so many daggers to spill the Being. Each letter a word, each word another thrust of a knife’s invisible release – life, blood, spirit. I pour forth what I am – feeble reflection – what I might be, what I could be if I lived more daring times or had a more daring soul. The history of my discourse – words which years ago saw ‘Sorrow’ rationally manifested on pages reveals me fallen far beneath the fancy of my mind’s eyes. Were that I was born to a role, an Aneas or Arthur, Hamlet or Roland – a Caesar perhaps? But I’ve grown too sensible of late, my moral parts declining the inherent vices and falls that are these characters. I realize judgment saves a stinging blow for them, and hell a grate.

My outward needs are simple and propelled from my physical heart, simply raised to view on the surface. But far within, there, where rivers flow deep and brooding through chasms.

Rather in my heart, I am in need of a home: a station for my children, a den to feed my being and lust, a castle to feed and hold dear my beloved. Yet, I am trapped too close on bordering survival for one who hears whispers on the night wind of what is my imagination. My outward needs are simple and propelled from my physical heart, simply raised to view on the surface. But far within, there, where rivers flow deep and brooding through chasms. I thirst. I’d drink deep of dreams and fantasy, spill over with emotion, and savor distant worlds in far-away recesses of my darkened conscious. Still, always a place comes back to haunt me while reality holds me prisoner of cords and substance. Ever to taunt me again!

I fancy myself Prometheus upon a cliff’s edge, watching teary-eyed in wasting moment, radiant nymphs ‘ideality” and ‘art’ dashing to and fro between the sunbeams below; laughing and running, hiding behind one Apollonian chaff and then another. Laugh and run. Free again. I strive to be unhinged, released to all my senses. My weight contracts and draws me up to tug heavily at my bonds, and seemingly I am free. As though unbound. As though unwound. I am clad in coarse mail hauberk, wield buckler and mace, hold aloft the griffin plume to watch the elusive scene of love below, and as readied to join the spectacle. But even the wind blows hard against me. I rise upon it and cast off what is insensible and unnecessary; but of a sudden, so many tendons pull tight and cords that brace my heart strain the last free breath from me and my last emotion is a feeble charge that dies against the cold rain that suddenly pours down on me, wetting my white tunic revealing my silhouette for all to see. Forced back, I wrap myself in a gray flannel cloak I find nearby and feel mocked. I resemble the homeless man under the church I pass by every day. Then I struggle to brace myself to fire footing.

Have I grown so senseless and uncaring from youth to womanhood, or have my muscles only bent tight, my eyes cold and sullen? I sense duplicity in my demeanor and callousness of mind. Would it be that I could bridge the gap, the sea torn precipice that divides us and spans the world-worn holes inside me and bring myself to some even keel where my course be set upon some plain whose constancy would allow I act out my existence with tact? No reconciliation at hand. I slump back for survival’s sake, to flee what I am and who I love and grow old and useless. And if I had more courage, wouldn’t I better throw myself upon the wind, hurl forward, courageous and steadfast in my desire, rather than turn in cowardice to the cliff and race clearly to a dangerous battlefield, allow my blood to spill at the hand of some callous stranger?

I knew once of Destiny though, and once upon a time, I sought to frame my own fate. I thought to charge the wind and force berth and passage before me and seize the prize I most desired. Fate would hold its distance then, and in the end, I knew it mastered me. But idle youth, the dawning hour and daydreams are only purposes to grow protected. And all too soon the veil is gone and our shield diminished. Only those chosen few, a Hemingway or Fitzgerald, Dickens or Harding manage to find their youth prolonged and displace the demands of time and survival with imagination.

Where did my path falter? My idealism and innocence stray?  Was it when I forgot how to be still? Was it when I gave over my love of reading for lapidaries and gold? Was it when I prostrated myself before the Corporate Gods? Or was it earlier in some stranger’s arms?

I trusted myself once. Of that I am sure. I could show that even if there was ‘sorrow”, inner warmness brewed and I gained recognition. Though there was no one to cover me at night, none to share a meal with, succor me, hold me when most I feared. I was consoled and led upon my way because I was my own way in my own principle. I could struggle and work, challenged, undaunted and proud and throw myself where others were not sustained and know I would not fall. For I was ripe with ideals. I wanted to create. I did create, battled and realized personal satisfaction in triumph of what was accomplished. But I forgot somewhere along the way to be ‘content’ so there was ever that dragon to be slain and the need to replace contentment with work and recognition. Necessity was not the means of my invention, but rather the fear of being alone with my thoughts. If I were hurt and wanted to cry, I would tear at my imagination and scribble a poem. If I were to go hungry, I would prolong my stay in the library and forget I was hungry while drafting and editing my next project. And always a bowl of cereal would suffice.

And now I wax fat and contentment.  Sometimes I lie curled up in my blanket in front of the television set and sometimes I roll pieces of beads together in my boredom. I have learned there is greater difficulty in being content than wishing for contentment in idle dreams and far-off longings. Keats knew the soul of the satisfied man whose ordered conditions and half-realized ambition separated him from what he most desired and often thought his Utopia as a youth. In posey Keats, cast about him and in portrait sketched his image upon an urn.  What “sorrow,” the young mind thinks in its chase? Lungs bursting, desire at its pinnacle, needs painful and strong within the breast, fueled by imagination. Even when taciturn and reluctant, sacrificed and bored, does the mind readily start its day. What then of “sorrow”, what desire to force and realize? Imagination’s flight is a stratagem for Utopia. : Blossomed climax in a shaded garden or salted halls growing only bad wit and angry calls.

The man who has neurosis far outstrips in genius he who falls content. There is no great thought or jealously guarded formula contrived in the stupor that pervades a gastric evaluation of the table fixtures or the half-conscious tipping of the last bit of wine. Rather it is the beggar who pulls tight his belt in expectation of what feasting might be, who marshals the greatest enterprise of death or duty. There is none so great as he who has his own demon to free, and none so lowly as he who when he falls exhausted, knows no challenge yet to test within his bosom.

What men or gods are these? What maidens loth?
What mad pursuit? What struggle to escape?
What pipes and timbrels? What wild ecstasy?
Heard melodies are sweet, but those unheard
Are sweeter: therefore, ye soft pipes, play on

–Ode to a Grecian Urn: Keats 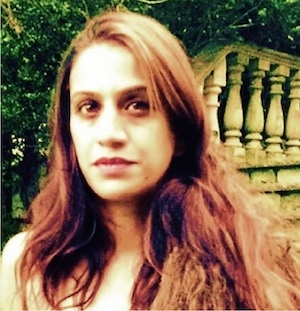 Karuna Pataudi
Karuna is a Human Resource Business Partner with over 15 years of progressive experience in human resource management as well as manufacturing and operations management. Her professional experiences include executive level management, strategic program management, training/employee development, resource forecasting, organizational development, employee relations, change management, talent management, succession planning, competency development and recruitment. She is constantly seeking to create a customer-centric human resources function and to make the employee experience exceptional. In every HR role over the years, Karuna provided strategic business partnering to the senior leadership team to earn her place at the corporate table. Karuna plans to further her education with a doctoral degree with a bid to specialize in Diversity and Inclusion programs within the next few years. A plan that will hopefully come to fruition with her perseverance and known character to achieve and deliver only what is best. In addition to being passionate about her role in Human Resources, Karuna is an avid reader of poetry and spends several hours weekly volunteering at several senior citizens homes in New Jersey reading to residents. ‘So many books to read. So much to learn. So much to experience. So much to share”.

For A Prince – In A Far Away Land